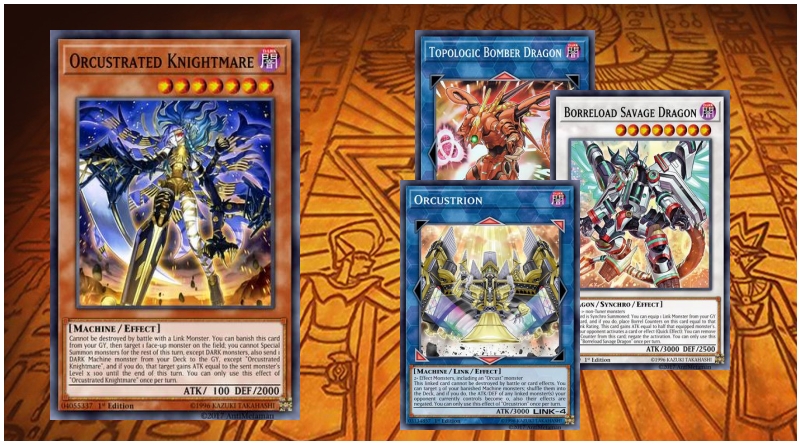 This deck is an expansion of my TCG-legal Soul Fusion Orcust deck, and I'll assume you're familiar with it and the cards in it, only going over what's new.

Orcustrated Knightmare is just plain beautiful. It's another name to discard for Return or by banished for the Links, it helps you mill what you need, either to extend your own plays or to not need Einsatz in your opponent's turn, it's a target for Machine Duplication that gives us enough excuse to run it now, and while Mermaid being WATER is a bit tricky to work around the Knightmare name leads to a number of cool interactions.

Orcustrated Release... exists. I don't revile it like Attack, but not being minus one in card advantage requires a condition and Orcust doesn't really swarm with things you're happy to Tribute. I don't play it.

As mentioned, Machine Duplication is now a great card in the deck. Besides Knightmare, it can target Brass Bombard or even "World Wand", though Knightmare is the best option. Speaking of her, Knightmare Corruptor Iblee and Knightmare Mermaid can do some good work. If you summon Orcustrated Knightmare in your opponent's End Phase to avoid the restriction, you can summon Mermaid then Iblee or even another copy. Meanwhile, drawing into Iblee is far from the end of the world, Normal Summoning her and summoning Orcustrated Knightmare from the deck is as good of a play-starter as Armageddon Knight, to the point where it might be worth experimenting with multiple copies.

The only reason I didn't run Borrelsword Dragon in the Soul Fusion deck was budget, and since this deck is currently for a future/imaginary format anyway I don't care as much. Level 8 is much better than 4 or 5 for DARK Synchros, and Borreload Savage Dragon comes out at just the right time. Equipping Orcustrion, Bomber Dragon or Longirsu gives you multiple negations and a fearsome attack value. Meanwhile, you have a lot of Level 7 monsters flying around after a good Machine Duplication, so you can play Rank 7 monsters like Number 11: Big Eye. Number 89: Diablosis the Mind Hacker, besides just being a card I really like is an option going first - the DARK restriction bars us from classics like Mecha Phantom Beast Dracossack, but in real life where Number 89 is a prize card you might want to replace it with Red-Eyes Flare Metal Dragon or just not bother.

With more monsters to work with, we don't need "World Crown" any more, though it's still a nice card you might want to try playing if you want to build things slightly differently. We also don't need as much mill (at least, not as much as we do need more space), and I cut Mathematician - there's not much difference between it and Scrap Recycler. I also cut one Babel for space, since in addition to being searchable it can also recur itself. It might be worth siding a spare copy against Cosmic Cyclone, though.

All the options introduced by Knightmare make the deck a lot less linear than the Soul Fusion gameplan, and when I play the deck at the moment I mostly just wing it as I go. I don't have a solid combo to describe in detail for you this time. The Armageddon Knight starter should now probably summon Knightmare from Harp Horror, then send your next stage. When starting with Iblee, you'd send Harp Horror off the Knightmare used as Link Material. In either case, if you have Machine Duplication you can use it on Knightmare and get enough resources to do almost anything you want.

Orcustrated Knightmare is a beautiful example of how one card of support can completely revolutionise a deck. For the lore alone I was enamoured with it from the moment its art was leaked, and by the time the effect was translated it easily became one of my favourite cards of all time, even being my Discord Avatar for the Halloween season. The Orcust deck is now an absolute blast to play, and I can't wait for Savage Strike to release in the TCG so I can try the deck at locals. Thanks for reading. 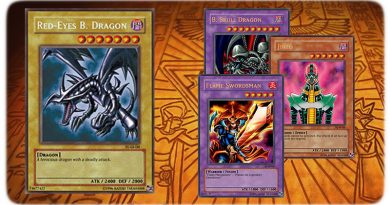 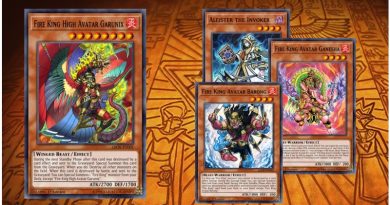 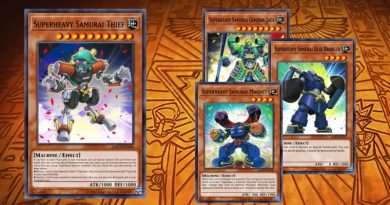 One thought on “Orcust (Savage Strike)”