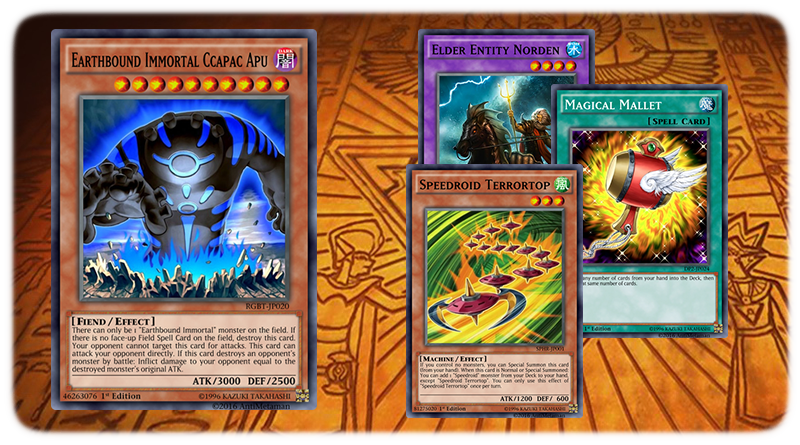 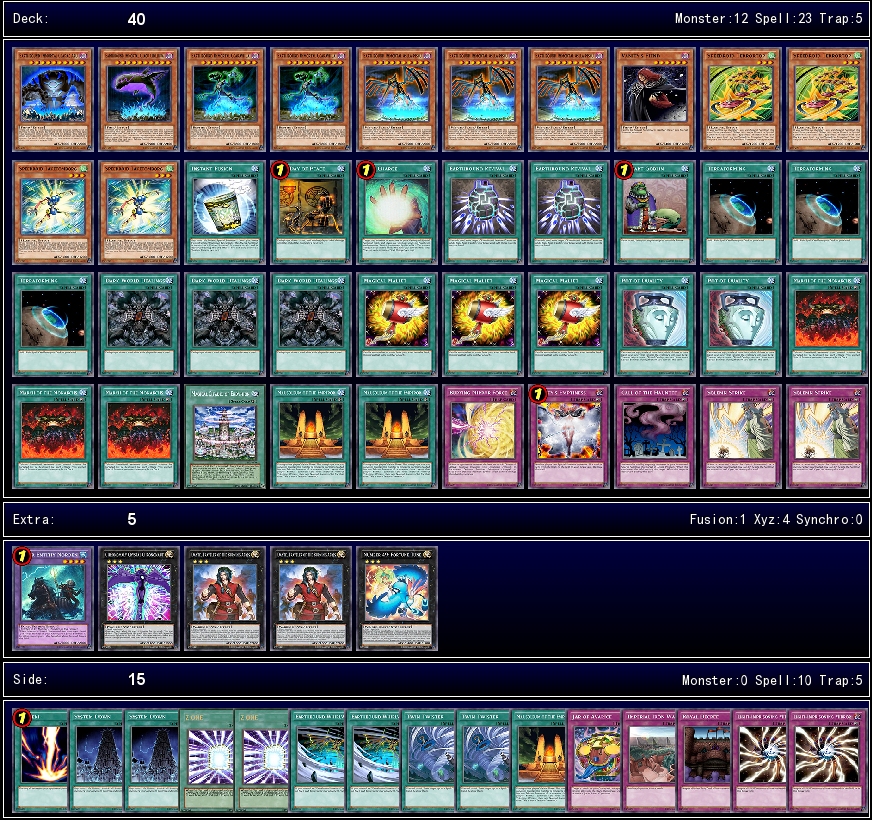 Credit to thomasihkim for Deck and Strategy submission.
Recently, as I’ve been working on some decks (some for my own collection, the others for deck requests which I am behind on), I scrolled through my decklists to check for any that needs updating. I stumbled upon my decklist for Earthbound Immortals (henceforth EBI) which I constructed when they first came out on Dueling Network and kept safely on a Google Sheet document. I realized that it was slow and also lacked consistency and also recovery options for long games. I was quite lucky stumbling upon it as I had a request from 1 month ago for an EBI deck for the current banlist.

Before I move on to explaining some cards in the decklist, I will explain what EBIs are for the beginners who may be looking at this, or just those who don’t know what EBIs are. EBI is an archetype of level 10 monsters with the ability to attack your opponent directly. Furthermore, they cannot be targeted for attacks by your opponent’s monsters. These monsters were released back early 2009 and were known due to their appearance in the Yu-Gi-Oh! 5D’s anime as being used by the Dark Signers. They are powerful monsters which if played well with the correct support, can even beat back tier-1 and tier-2 decks (EBI are currently Tier-7 out of 8).

Their key weaknesses are the fact that a.) except for one of them, they don’t have any form of protection b.) they are destroyed if a field spell if not on the field (note this means any side of the field) and c.) you can only have 1 EBI on the field at a time. However, even if they are destroyed, some of them are able to leave quite a mark on your opponent. For example, Aslla Piscu is able to destroy all of your opponent’s face-up monsters and deal 800 for each of them. Additionally, they are inconsistent due to their lack of good search cards. Therefore, a lot of support cards are necessary, often leading to decks that are over 40 cards for their size. Nowadays, they are run for fun as you can laugh at how your opponent can’t do anything in the battle phase.

While experimenting for some faster and consistent ways to summon these monsters, I found that the combination of the Speedroids Terrortop and Taketamborg allows you to summon the EBIs with relative ease. Of course, the traditional method of using Mausoleum of the Emperors is still very useful. To help with draw power, you can use Upstart and Magical Mallet is quite helpful in getting the cards you want. Dealings with the Dark World is a bit risky but worth the risk to run as well. However, I advise against Allure of Darkness since especially for EBI, if you don’t draw into a DARK monster, it’s game over. I advise against running more than 2 Pot of Duality mainly due to it restricting your ability to use Terrortop and Taketamborg.

One Day of Peace is an excellent card that acts as a recovery method which EBI generally lacks in quite a bit. Soul Charge is an excellent card for reviving your EBIs, just make sure you have a field spell out. Call of the Haunted is a great revival card, especially for EBI as it can trigger Piscu’s and Ccarayhua’s effects which wipe either the opponent’s field and deals damage, or the whole field completely. However, since it is a trap, only 1 should be run. Vanity’s Fiend is a good card to help deal with most of the decks these days which are focused on running special summoned monsters. It essentially is a monster version of Vanity’s Emptiness which already gets enough hate in the Yu-Gi-Oh! world and has great synergy with EBIs. Instant Fusion allows you to get access to Norden which is extremely helpful at times and has saved me a few times.

March of the Monarchs allow you to keep your EBIs on the field even if the field spell gets destroyed, while also making them immune to destruction and being targeted by card effects. This gives them an insane edge as it means that EBI will be able to give a harder time to top-tier threats such as Castel, ABC, Raigeki, etc. Be careful with it as it restricts your extra deck plays. I personally run 2 Mausoleums and 1 Citadel since Mausoleum is more important and will be your main field spell. I run Dante since it sends cards to the grave which can help search for a field spell and a EBI if you have Earthbound Revival in your hand. Chrononaut is there for helping to stall, and bounces back damage to your opponent. Though I personally have almost never used this, Fortune Tune will recover life while also acting like a wall. Plus it can recycle Taketamborg and Terrortop if needed.

In the Side Deck, System Down is to deal with ABC. Raigeki does what Raigeki does. Jar of Avarice is there in the case that you may think that it is better than Call of the Haunted. Both have their uses so it’s up to the duelist to decide. Z-ONE is basically another Earthbound Revival. Whirlwind helps against both Paleozoics and Pendulums. Royal Decree is to take care of Paleozoics. Imperial Iron Wall will help against PK Fire and Shiranui and makes it so that your monsters can’t get banished. Light-Imprisoning Mirror is staple against Blue-Eyes.

Your main and probably only priority is to summon an EBI asap and do your best to maintain it on the board. If you can manage this, then you should be able to win in a matter of 3-4 turns after you summon the EBI. The reason why there is so many cards related to draw power is precisely to help you do this effectively, and trust me when I say that this deck can let you summon and EBI in your turn 1 quite consistently, I’d even say 85% of the time. The only exception is if you end up with a hand full of EBIs, which has happened three times in my 50 or so test duels. This deck has been able to win against anything that wasn’t prepared for it. Out of the more well-known decks, the ones I’ve faced and won against so far are Domain Monarchs, Metalfoes, Nekroz, Dinomist, Blue-Eyes, Shaddoll Trains, Predaplants, Zoodiac (pure), Qliphort, HERO (Destiny HERO and Mask Change), Lightsworn, Mermail, Cyber, and Ancient Gear. I have yet to face D/D/D, I lost against ABC’s though I had a close match against it. I haven’t faced Shiranui, Yang Zing, and Yosenju either. 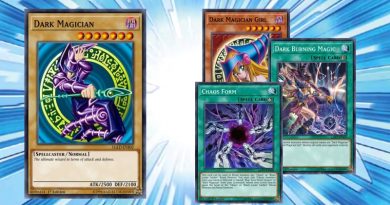 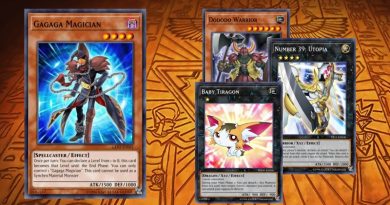 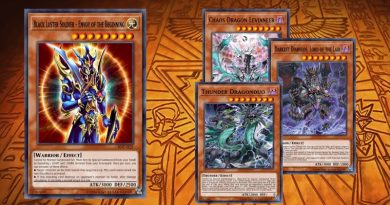