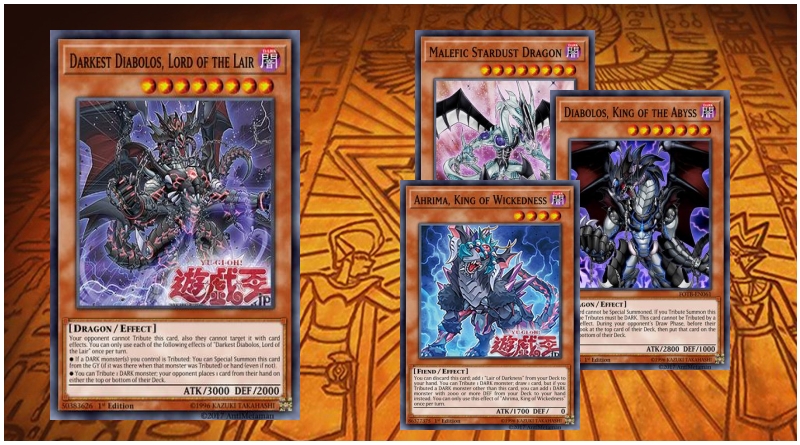 The goal of this is to practically shut down the game or beat up the opponent quickly depending on what happens early on.Note that the extra deck is a  work-in-progress and the side deck is not actually a side deck but just cards that I have thought about using/was using before.

Ideally, the opponent sets up a board on turn 1.

Most of the time, you will be missing some piece of this combo, having a set monster on the opponents field which you can not tribute, or they will be able to Ash Blossom and Joyous Spring Ahrima's search when you did not have Lair or Diabolos in hand. Also, since you are going second, you will be vulnerable to counter traps like Solemn Strike.

Other Notes on the main trick of the deck

Plan B: Stall it out

Given the strong presence of traps that are used in part to provide to Lilith with targets, even without the right offensive pieces, we can try to delay the game a bit so that we can get them. Our main stall monster is  Vijam, the Cubic Seed . It provides a set-able wall that will cost your opponent their monster's effects (and then you can just re-summon it from the spell and trap zone) or will continue to act as a non-battle destroy-able wall until your turn. Again this fits the theme of simply stalling the game out, but since we just set this, we can potentially avoid letting the opponent know what we are actually using until turn #4 (assuming we went second. Furthermore, it works as a target for Recurring Nightmare , which gives a +1 if and only if we have 2 or more monsters with 0 defense in the grave as targets (both Lilith and more importantly Ahrima fit that requirement) .

Notes on the Other Cards Used

In order of severity. 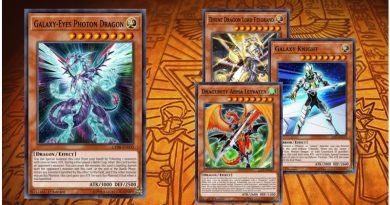 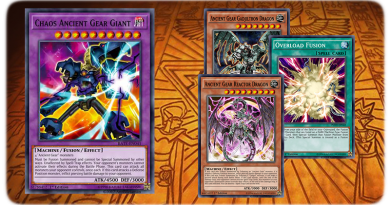 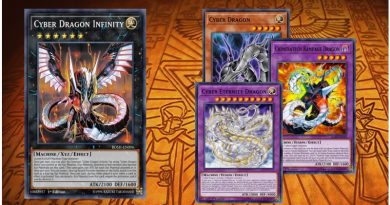 3 thoughts on “Diabolos and Friends Mk5”