Before we continue with the World Chalice group’ story, here’s a quick recap of what happened before Ib’s demise.

After starting a journey given by Lee, the group find three of the World Legacies: the Chalice, Armor, and Shield. After they battle through a group of Krawlers, the Mekk-Knights capture Ib. While her partners fight against the Mekk-Knights, Lee corrupts Ib and they fuse together to form Iblee.

They corrupt the Mekk-Knights and turn them into the Knightmares. Auram gets a crystal from Blue Sky and powers up. Unfortunately, he loses the fight against Iblee. As she goes to finish him off, Ib wrests control of her body back and sacrifices herself.

After Ib’s death, the World Chalice group splits into two. It is here where we begin the second half of our story.

NOTE: Everything in this article has only been found out through deductive reasoning and by interpreting the card art through the set releases. Different people might have a different interpretation of how the story goes. This is only one way to connect the cards together. Until Konami releases another Master Guide, we cannot say for certain that this story is true.

A New Future on the Cybernetic Horizon Avram and Imduk went off to find the rest of the World Legacies on their own, leaving Ningirsu behind. They become Crusadia Maximus and Crusadia Draco. To help rebuild their group, they bring in new members, finding Crusadia Reclusia, Crusadia Arboria, and Crusadia Leonis. If it wasn’t apparent by now, this new tribe was named “Crusadia” (Crusadia Revival).

They are somehow able to find the World Legacy – World Crown. Using the power of both the Crown, Avram turns a Krawler they seemed to find into Crusadia Krawler (World Legacy’s Mind Meld). In addition, the members transform, becoming Crusadia Magius, Crusadia Spatha, Crusadia Regulex, and Crusadia Equimax (Crusadia Power). It seems that these events happened in this order. In Mind Meld, Avram is still in his Maximus form, whereas in Power, he turns into Equimax. With their newfound power, the group promises to come together and face their final destiny.

It turns out destiny would be approaching them faster than they thought.

What Comes Next in SOFU?

While his friend was out bringing together the Crusadia group, Ningirsu was working on his own personal project. Refusing to leave his sister behind, he travels as well, lugging her body with him. Using a deserted research lab, he rebuilds her body, giving her life as a teenage robot (Orcustrated Return). Her weapon looks really similar to Avram’s sword, so it is likely that Ningirsu used it to make her scythe. Once complete, Ningirsu (now going as Longirsu, the Orcust Orchestrator), activates her (Galatea, the Orcust Automaton).  On his travels, he takes the World Armor and World Shield, finding the World Legacy – “World Wand”.

Together, he and his robot sister build a giant tower, upon which he places the World Wand, seemingly to bring the end of the world (Orcustrated Babel). The Crusadia group catches wind of this and begin approaching the tower, intent on destroying it. With their approach, the tower is activated (Orcustrated Core), releasing a swarm of monsters: Orcust Brass Bombard, Orcust Cymbal Skeleton, Orcust Harp Horror, and Orcustrion (Orcustrated Einsatz).

In the center of all this carnage, Longirsu and Avram meet once again. As if forgetting their travels together, Longirsu attacks Avram without holding back (Orcustrated Attack).

The Savage Strike to End It All What everyone did not keep in mind was whether the World Legacies would interact in some way when brought together. As it turns out, they did. The activation of the World Wand seemed to make the seventh and final World Legacy – the World Ark – appear. Together, they interact with one another (Guardragon Cataclysm), transforming into dragons. The  World Ark, Armor, Chalice, Crown, Lance, Shield, and Wand become the Guardragons Andrake, Elpy, Justicia, Garmides, Agarpain, Pisty, and Promineses (Guardragon Corewakening). Their names bear resemblances to the Greek names of the Greek and Christian virtues.

As this transformation was happening, Galatea has been receiving energy from Babel. Soon, she grows out of control, becoming Orcust Knightmare. She interferes with the fight between Avram and Longirsu and begins to attack Avram. Before she can deliver the final blow, Imduk throws himself in the path of her strike, sacrificing himself to save his lifelong friend (Guardragon Shield). Avram watches as Imduk’s soul leaves his body (World Legacy Guardragon).

A Dark Neostorm on the Horizon

The evil power of Lee still resides in the construct. Through it, Lee is able to corrupt some of the Guardragons. She fuses with Guardragons Elpy, Pisty, and Agarpain (Orcustrated Release). Once again, she is reincarnated, this time becoming Knightmare Incarnation Idlee. Using her powers, she Special Summons Deus X-Krawler (World Legacy Monstrosity). As this madness is going on, two new Guardragons appear. World Chalice Guardragon Almarduke bears a resemblance to Imduk. With his name being similar to Andrake, it is likely that Imduk’s soul combined with Andrake’s. World Legacy Guardragon Mardark seems to be the evil counterpart to Almarduke. The fact that they both share the same level and have mirrored ATK/DEF suggests that they are related. With this, the final battle of this story begins. After much fighting, the heroes manage to defeat the villains. Longirsu uses his trump card, Dingirsu, the Orcust of the Evening Star, made from parts of the Babel, to defeat Idlee using its spear (Orcust Crescendo). Justicia’s soul is finally able to rip apart Ib and Lee, and with her powers reincarnates her into Ib the World Chalice Justiciar (Guardragon Reincarnation).

Despite all of this, they are not finished fighting. The World Gears of Theurlogical Demiurgy, a giant machine nearly the size of a small planet, appears, and begins to destroy the world (World Legacy Collapse). Avram asks his friends to lend him their power and they do. Using the power given to him by Imduk, Ib, the Crusadia group, and what seems to be Blue Sky, he is able to transform himself into the ultimate hero: Mekk-Knight Crusadia Avramax (Crusadia Testament).

With his newfound abilities, he leaps up to the World Gears, intent on destroying it to save the world once and for all (World Legacy Cliffhanger).

It is here where we will end this chapter of the World Legacy story.

If you’ve been following the story thus far, you will notice I skipped out on a few cards. This doesn’t mean they are unimportant, I just left them out for sake of keeping things short. However, all cards that have the words “World Legacy” in them will relate to this story.

As a quick recap, the archetypes in this story are World Chalice, World Legacy, Krawler, Knightmare, Crusadia, and Orcust. All of these decks are really fun to play, so if you want to act out this story with friends, feel free to use these decks.

Also, there are two cards that I have not mentioned that are important to the story. They are World Legacy’s Memory and Mekk-Knight of the Morning Star. Neither one seems to fit into the natural series of events. However, with the name of the spell, it is likely that these two cards happened before everything in this story, since Morning Star appears in the card art. Not only that, but one of the scientists look very similar to Lee.

One final thing before we go: if we look at the World Gear closely, it seems familiar. It looks like one of the legs of Tierra, Source of Destruction. What this means is that it is highly likely that the World Legacy Lore might be related to the Duel Terminal Lore. 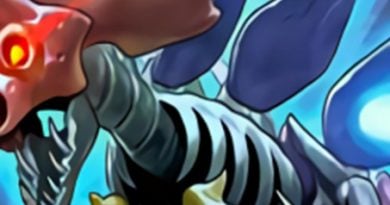 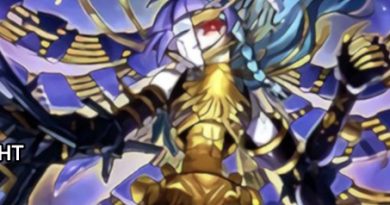 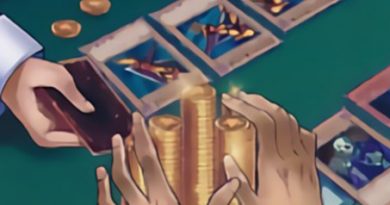