Today, we’re going to take a look at what makes Virtual World as good as it is. That is, aside from VFD locking opponents out of their monster effects, and what the deck could potentially look like if the Very Fun Dragon gets hit in the future.

By now, duelists already know that Virtual World can spew out monsters with levels 3 and 6 onto the field. This is by virtue of the main deck monsters of the said levels being able to special summon themselves. That, and the fact that the graveyard effect of Chuche helps modulate levels by 3 makes it even easier to get to Level 6 and 9 synchros!

This allows Virtual World to have an array of Extra Deck toolbox options. Among these are monsters that either draw you more cards or provide a means of removal. Some of these even come in one card, such as Coral Dragon and Crocodragon Archethys! That may already seem like a huge upside, but what makes it EVEN better is that after you use these cards’ utility to either draw into more cards or deplete your opponent’s boards, you can then use them to XYZ Summon into some of the best monsters in the game.

We all know about VFD, as it is what is terrorizing combo and control decks alike. However, often overlooked are the other XYZ monsters that constitute Virtual World players’ extra decks. Having the option to overlay into AA-Zeus, one of the, if not the, best XYZ monsters in the game, is a huge plus to any deck! Adding this to an already strong and versatile combo deck is just the icing to the cake. In conjunction with that, the extra deck can also help play around Nibiru by using Bamboozling Gossip.

Lastly – and some players haven’t caught on to this yet – is Ptolemy M7. This card is bonkers. It literally says, “add a handtrap from your graveyard back to hand.” Very reminiscent of how Salamangreat used to (and still does) add Ash Blossom back to hand via Sunlight Wolf, M7 can do even more! You can recycle an already used Lancea, Droll & Lock Bird or if you don’t fancy a handtrap, you can always go for another combo piece from your graveyard, or just go for spot removal.

A myriad of combo decks struggle against floodgates. And while Virtual World is no exception, it helps that it has in-archetype outs for problematic floodgates, whether can be in Trap or Monster form. Qinglong allows a negation of a monster by banishing one Virtual World card from the graveyard. This is extremely helpful against Inspector Boarder, Vanity’s Ruler, etc. Another thing to note is that the negation is an Ignition effect! There are some cards that flat out just cannot deal with this, such as Invoked Mechaba, since they only negate activations! This puts pressure on opponents having to negate the activation of Qinglong or Kauwloon, which often times leads to Qinglong being sent to grave, and available for the second effect to search a monster – or if they aren’t aware of this effect, then they would no longer have the time to interact with the card.

Then there’s Chuche. The deck’s very own Zoodiac Drident– in Trap form. Not only does it pop face-up cards (i.e. floodgates), it also helps the deck’s grind game and recursion by shuffling back Virtual World Cards from the banished zone. Again, there’s another thing to note about this. Chuche is a trap, helping the deck lose less hard to blowout cards like Nibiru, Dark Ruler No More, etc. Even if the entire hoard of monsters you put up get wiped, you still have this as a baseline interaction! And if that wasn’t good enough, you can even use Chuche to chain to cards like Forbidden Droplet (granted that they don’t send a trap) and Dark Ruler No More, so that you can still activate VFD in the same chain!

A Pot and a Driver

Desires has previously been a hot topic on different decks due to its cost of banishing 10 cards face-down. Some believe it’s one of the best iterations of the Pot cards. Some believe that it should be run as 3 in the decks that CAN run it. While some believe 2 is fine. Some decks just cannot afford to lose 1-of combo pieces, but Virtual World plays 3 of each card for consistency, and never has there been a deck more perfect for Desires than this. In addition to that, Nyannyan can also shuffle back face-down cards once it gets banished itself! Very few cards in the game can shuffle back face-down cards from the banished zone (i.e., Necroface). Needless to say, to have an in-archetype card be able to do this has got to be one of coolest and most unique things about the deck.

Now if all that’s been mentioned above wasn’t enough to make the deck an instant top contender, it is also is capable of running PSY-Framegear Gamma – one of the best handtraps in the game. Virtual World is probably the deck that fits Gamma the most. Gamma has been debatable for some people’s main decks since it needs a “brick” in order to function. This card has mostly seen play in duelists’ side decks as a viable going 2nd option. That is not the case for Virtual World, however.

Both Pot of Desires and Kauwloon can be interacted with by Ash Blossom. That being said, all main deck Virtual World monsters’ effects activate and resolve in the hand, and Gamma can act like a Called by the Grave to negate any attempt to interact with these cards. That is, if you have not committed a monster on the board yet. Not only does it ensure that these key cards resolve (Lulu, Desires, Kauwloon), but it also puts 2 bodies on board, one of which is a level 6 (PSY-Frame Driver) that you can then use for your combos!

True King of All Calamities is one heck of a card. It most certainly is not going to be replaceable since very few cards in Yu-Gi-Oh! restrict an entire branch of the gameplay – and most of them are banned. However, what people cannot seem to fathom is that while it is going to be a disaster for the deck if and once VFD gets banned, Virtual World isn’t just going to vanish out of the competitive scene. Here’s a look at the reason why.

If the current main win condition gets put on the list, the deck will  just make use of another one. Shenshen is still incredibly easy to make in the deck. Heck, you can almost always get to this Kyubi in less than 5 summons! Don’t forget that you’re also not losing the versatility of the main deck. You’re still going to have Chuche for a pop on your opponent’s turn! That is still an amazing interaction to have, on top of a Field-wide Macro Cosmos on legs! Most combo decks will still have a hard time dealing with this unless they draw into a non-searchable out.

That being said, “Shenshen Control” isn’t the only route possible for the deck. There’s the handloop version (which I won’t discuss here since I believe it to be extremely fragile) and a different combo route, thanks to the deck’s innate ability to go into Rank 3, 6, and 9 and Level 6, 9 and 12 Synchro monsters!

Virtual World is one of the decks that can easily bring out Ultimaya Tzolkin. It has Laolao and Lili, both of which are level 6, and one of which is a tuner. It also helps to have Chuche to modulate the levels. This can usually lead to having a Crystal Wing Synchro Dragon on board even before 5 summons! Then after that, if you can get to another synchro 6, in this case Muddy Mudragon, you can use the Ultimaya and the Muddy Mudragon to fuse into Red-Eyes Dark Dragoon, one of the best Fusion monsters the game has ever seen. It will not have the ability to pop monsters and burn for their ATKs, but a 3000-strong body that cannot be targeted and destroyed that has an omni-negate will definitely be a good addition to any board.

This is just one of the few routes that the deck may take if VFD ever gets banned, and this kind of board is pretty sufficient to beat most decks, especially since you’re going to still have the Chuche pop to go along with these two boss monsters.

That’s time in the round!

We haven’t gotten big official events in person since the start of the pandemic. However, that doesn’t mean that it’s going to stop duelists from figuring out ways to deal with scenarios that occur in real life duels. One of which, is of course, going into time. Not every meta deck out there has the luxury of dealing damage in the Main Phase. Luckily enough for Virtual World, there are a couple of options that you can go into. Nothung the Starlight would be the better one. It’s a Synchro 6 that only needs 2 monsters. This is extremely easy to get into using this deck, and once you use its effect, you can synchro further up into Level 9, and still go into VFD.

That being said, if you do not have access to this card, there’s an alternative. Battlecruiser Dianthus is another option if you have no access to Nothung. It’s a little bit more difficult to get into, needing 3 Level 3’s, but nothing that the Virtual World deck is incapable of doing.

Virtual World is a very versatile deck that has a lot of unique and good things going for it. The ability to play around / through Nibiru, a trap that has a destruction effect, and an entire pool of Rank 3, 6, 9 and Synchro level 6’s and 9’s to help facilitate the deck’s plays, and in-archetype outs to problematic cards all in one deck – this is truly something that the game has not seen before. This deck is so much more than just VFD pass. Virtual World is not going to vanish by a simple VFD hit. It is going to adapt and be unstoppable and a force to reckon with for a long foreseeable future! 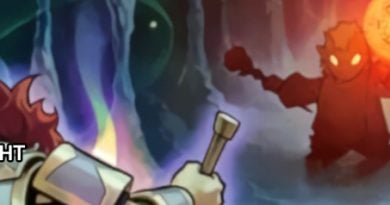 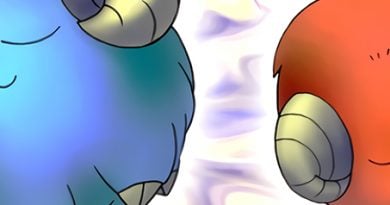 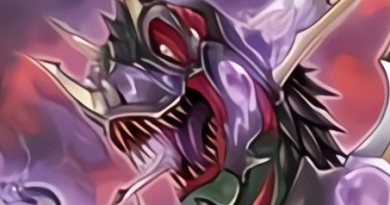