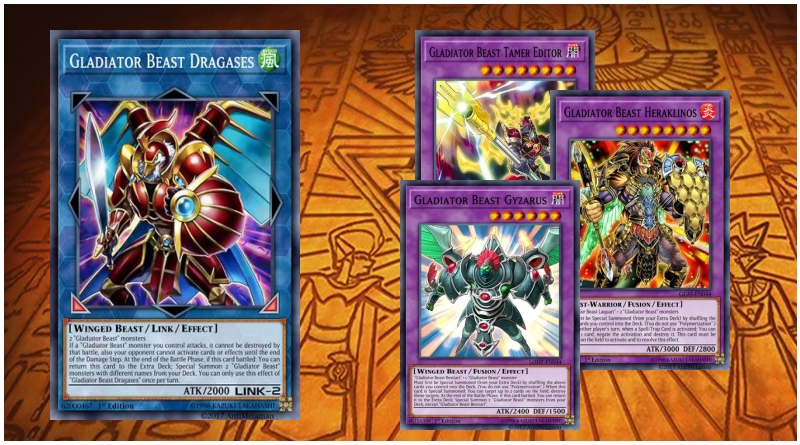 UPDATE – October 21, 2018: I’ve made a few changes to the deck profile which have increased its speed, versatility and consistency, and the description has been updated to reflect this.

A turbo-oriented Gladiator Beast deck focused on summoning the Link monster Dragases as quickly as possible. This will allow you to safely battle and use his tag-out effect to swarm the field with other Gladiator Beasts, before using them as materials for additional extra deck summons; enabling you to control and win the game.

The deck features multiple ways to summon Dragases during your Main Phase 1, which is optimal for this archetype; below are three examples:

No matter the engine you use to summon Dragases, you always want to ensure that you can use his tag-out effect to Special Summon Augustus and Darius from your Deck, so that you can then trigger their effects to swarm the field with even more GBs. Better yet, if you have your second copy of Darius in your hand at this time, it will allow you to end up with 5 GBs on the field by the start of your Main Phase 2!

From here you can then perform the following combo:

At this point you have opened even more possibilities:

Use Tamer Editor's effect to Special Summon Heraklinos (to lock down your opponent's Spells/Traps; this becomes even more oppressive if you also happen to have a set Solemn Strike).

Use Tamer Editor's effect to Special Summon Nerokius -> Use both as Xyz materials to Special Summon Number 38: Hope Harbinger Dragon Titanic Galaxy, (to restrict your opponent’s Spells and to protect your weaker monster(s) from attacks).

Use Tamer Editor's effect to Special Summon Gyzarus -> Use Gyzarus' effect to destroy up to 2 more cards on the field.

- The deck is engineered to go second; having to go first will result in very limited actions.

- Ash Blossom & Joyous Spring is the bane of this deck, so make sure to put those Called By the Graves to good use!

- Try to maximize the usage of Gladiator Beast's Respite in combination with looping it back to your hand via the effect of Equeste. Doing so will allow you to sculpt your hand (e.g. shuffling unwanted copies of Andal back into your Deck to keep Rescue Rabbit/Unexpected Dai active), while drawing deeper into your Deck to get to your key cards faster. 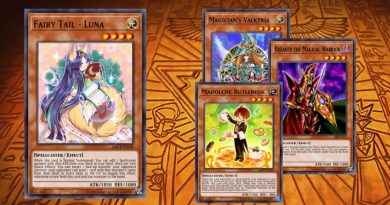 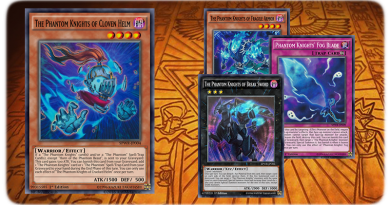 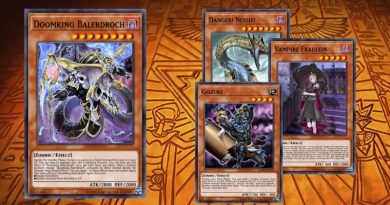