Traptrix is a small archetype of effect monsters that revolve around the manipulation of “Hole” Normal Trap cards. While Traptrix has been splashed into decks as an engine for decks like H.A.T in 2014, they have not seen any success as a standalone deck. However, with the release of Traptrix Sera, will Traptrix become a viable deck on its own? First, let’s analyze what Sera requires to function and what it adds to the deck.

1 “Traptrix” monster, except a Link Monster

The first aspect that makes Sera amazing is that it only requires one Traptrix monster to Link Summon. This is perfect for Traptrix, as Traptrix Dionaea, Traptrix Mantis, and Traptrix Myrmeleo get their effects on Normal Summon. On the other hand, having more than one Traptrix in hand at a time would be a brick, as they don’t serve a purpose until the next turn. This should be considered when deciding monster ratios.

This Link Summoned card is unaffected by Trap effects.

A nice bonus, a lot more powerful than being unaffected by just “Hole” Normal Trap Cards.

You can only use each of the following effects of “Traptrix Sera” once per turn.

Sera is hard once-per-turn. No shenanigans! Her two effects directly correlate with the two aspects of the deck: Traptrix monsters and trap cards. Both effects are outstanding for the tempo of the deck, accelerating resource gain and even synergizing with each other.

Sera answers two of the problems with Traptrix. One, they inherently wanted to be a slow deck but did not gain anything from playing Trap cards other than “Hole” traps. Two, the deck lacked the tempo required to make game-pushing plays. Sera gives Traptrix the focus that it lacked, especially when compared with other Trap based decks like Altergeist or Paleozoic.

What Traptrix Cards to Play?

Chances of Drawing at Least One Traptrix Monster

There are diminishing returns as we approach the maximum amount of Main Deck Traptrix monsters we can play. While I would normally advocate for playing the amount in which this effect is the least, Traptrix cannot afford to play only seven monsters and have a 36% chance of not being able to Link Summon Sera turn one. I believe the cutoff point should be ten, as 3.6% does not warrant the chance of losing because of having too many Traptrix monsters.

Now that we have a number (around ten), what Traptrix monsters should be played? In line with the goal of summoning Sera turn one, playing three copies of Myrmeleo and Mantis is a good start. They give a bonus just for being Normal Summoned. If we are to stick with 10, that means either playing Dionaea or Nepenthes at a ratio of two each or three of one, one of the other. Since they’re both searchable, I would suggest two of each, especially considering that Pot of Desires would be played in a deck like Traptrix.

To get the most out of Sera, activating one Normal Trap card should be enough, since summoning a Traptrix from Deck will most likely activate its other effect. “Hole” cards should definitely be in Traptrix, but having a large quantity is no longer necessary. While Traps are great going first, they can be suspect going second. Therefore, Normal traps such as Infinite Impermanence that are good in many situations are the forerunners of choice. They should be able to be activated at any point, have minimal interaction with the opponent, and have an impact on the opponent’s plays. Examples of this would be Trap Trick (Hah), Heavy Storm Duster, and Artifact Sanctum.

There are a lot of cards that are necessary just to let Traptrix Sera do what she does best. Tech slots are very limited, so they should be diverse and impactful. These are definitely not all the cards available, but represent the idea of what a tech slot should entail.

The ever-present Pankratops appears once again for all your removal needs. Pankratops offers board clearing capabilities before dropping Sera, without using your Normal Summon.

This may seem like a no brainer, but hand traps may not be an instant staple in Traptrix. With a deck that has so many traps, Traptrix may be able to handle established board by setting a few traps and ending the turn. Also, having a hand trap as opposed to a Normal trap represents fewer opportunities to let Sera activate. That being said, the disruption capabilities of Ash Blossom & Joyous Spring are a force to be reckoned with. Perhaps hand traps would be useful in a Traptrix build with more reactive traps.

Temple of the Kings

A blast from the past, Temple of the Kings may present an answer to a weakness in Sera and Dionaea’s trap-setting capabilities. These aspects of their effect are slow, making you wait a turn before activating a “Hole” Trap. In most cases, this is ineffective, as the opportunity to snare a summon is lost. With Temple of the Kings, these traps become live instantly, as well as enabling Traps like Reckless Greed to become fast-paced draw power. However, it’s important to keep in mind that Temple of the Kings doesn’t inherently offer any pluses on its own, so it needs to have complementary combo pieces to work.

For the duration of their stay in Yugioh, Traptrix have never shown that they can stand on their own in a pure deck. With Sera, they now have the capability to accelerate their game plan without relying on specific combos. Sera creates so much value by herself, making it unnecessary to dilute the disruption trap pool with as many cards that gain resources or make the deck faster. Trap cards are inherently slow in a control deck, and may not necessarily synergize with the monsters in a Traptrix deck – until now. Surely, Sera was the missing piece in the Traptrix combo and lifts the deck’s viability considerably. 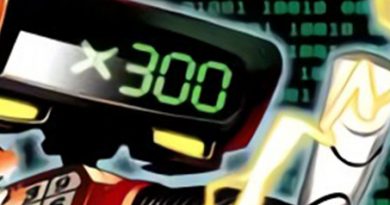 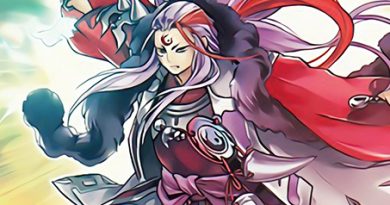 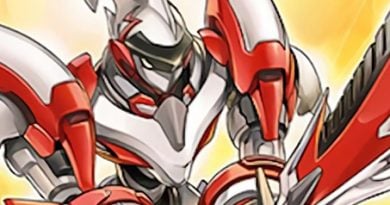