In a joint collaboration with content creators, Konami recently revealed a few of the exclusives in Toon Chaos. Do these cards have what it takes to make Toons viable?

The long waited nostalgia support is finally here. No one in their right mind expects Toons to be competitively viable. But many will enjoy the power boost this legacy strategy has received.

As a Toon card that doesn’t require your Normal Summon or resources to be brought out, Toon Harpie Lady is a welcome addition to the deck. A Mystical Space Typhoon on legs is strong, but about a decade too late to be a scary effect. Still, Toons lacked S/T removal until now.

Toon Bookmark fills the niche of being additional copies of Toon Table of Contents. It also provides protection for Toon Kingdom. Destruction protection isn’t that impressive when Cosmic Cyclone is so popular, but it’s still helpful against the likes of Lightning Storm.

Toon Black Luster Soldier boasts one of the scariest forms of removal out there. However, it does so at a very steep cost. It can banish any card on the field instead of just monsters like Black Luster Soldier – Envoy of the Beginning. But also unlike Envoy, it requires you to use resources from your hand or field to be brought out. It’s still worth running in Toon builds. But the large loss of resources keep it from going over the edge.

A much needed Infernity Barrier was given to the deck in Toon Terror. There’s not much to say about it. It’s just a solid card and about their only first turn option. It’s searchable in about half a dozen ways, but still easily disrupted since it requires both Toon World and a Toon monster out.

What archetype wouldn’t enjoy their own Quick Launch? Toon Page-Flip provides Toons with the swarming they crave. Though it is unreliable due to the nature of its effect, you can’t go wrong with picking Toon Dark Magician, Red-Eyes Toon Dragon, and Toon Black Luster Soldier. This finally gives Toons a second play-starter, alongside Black Stone of Legend.

It’s not enough to make them rogue, or even close. But it’s enough to make the few Toon players out there quite happy. At least now it can compete with other pet decks, making it a fun option to bring to your locals. All thanks to Toon Chaos.

This new support is very unlikely to see play outside of dedicated Toon strategies. Toon Bookmark could be used to make the Toon Table of Contents deck thinning engine even better. But that has gone out of style for quite a long time now. Simple thinning is way too slow to matter in today’s game. Pendulums and Sky Striker could appreciate free Spell Counters and getting three spells in grave respectively. But at that point, it’s worse than the Foolish Burial Goods engine, and modern versions of those two decks have dropped that anyways.

It can be used to search Toon Cyber Dragon for a going second play. Since you can use it to go into Chimeratech Megafleet Dragon. But it’s still quite an investment in Main Deck slots for a payoff that isn’t that better than a Kaiju.

Now for some cards that you might actually see in the meta. Starting from Chaos Sorcerer and going all the way to Chaos Dragon Levianeer, this sub-archetype has been impacting the game since 2004. It had its run-ins with the banlist before, and it could find itself locked up again with these new additions.

Chaos Valkyria is the first and least impressive of the bunch. She has the standard Chaos Summoning requirement, shared amongst all other new Chaos support. It can Foolish Burial any Light or Dark monster upon being banished. But you’d need another card to do in the first place. Since you can’t use the banished monster’s effects that turn, targets that give you immediate benefit are quite scarce. Not the worst way to get a Gizmek Orochi, The Serpentron Sky Slasher in the GY, at least.

Chaos Daedalus is a Level 7 Sea Serpent with a couple of decent effects. The targeting protection shields your plays from Infinite Impermanence and Effect Veiler. Is summoning requirements means you won’t be able to summon it that early into your combo. The removal effect is pretty clunky, even in Field Spell centered decks. Banishing is always relevant, but that requirement makes it too cumbersome to use.

Eternal Chaos one-ups Valkyria in both power and cumbersomeness. At a surface level, it’s a double Peaceful Burial with a laxer restriction. However, it pales as an extender due to being a trap, and thus far too slow. You need a high attack monster out to use it effectively, so it’s also subpar as an interruption tool. Not to mention that most monsters you could send to interact aren’t that impactful. To make matters worse, it’ll also prevent you from using any floating effects that turn. As far as the Toon Chaos cards go, this one might be the least likely to see any play.

The Chaos Creator flaunts stats and effects as intimidating as its artwork. With a Thunder type and a heavy focus on extension through banishing, it’s a Thunder Dragon card in all but name. He could very well be why Destiny HERO – Malicious got it’s preemptive semi-limiting. However, what truly makes it stand out is that it’s searchable with the following card.

In an archetype made entirely of powerful monsters, who’d have thought that the most impressive new card would be a spell? Chaos Space lets any Light or Dark deck search any monster from a pool of over a hundred targets. Standing on top are the Chaos dragon twins, Black Dragon Collapserpent and White Dragon Wyverbuster. If this spell is allowed to resolve, one can search either and get two bodies out for free and a draw. This huge plus is just the tip of the iceberg though, as one thing this card doesn’t lack is utility. Levianeer and Radian, The Multidimensional Kaiju will also wreck your opponent’s board when going second.

There are few effects as powerful as searching and then also getting a free draw. If Sky Striker Mobilize – Engage! is anything to go by, Chaos Space could also earn its place on the banlist eventually. If not, it’s sure to get some of its chaotic inhabitants banned instead.

There’s something for everyone in Toon Chaos. Great legacy support, amazing reprints, and cards that will certainly wreck the meta soon. ETCO showed us that some generic support can go a long way to boost certain types. We saw that with Sky Strikers and Accesscode Talker, and Salamangreats and Parallel eXceed. Maybe soon we’ll see the same with Chaos Space and any of the strong Light/Dark decks out there. 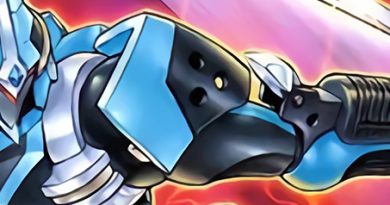 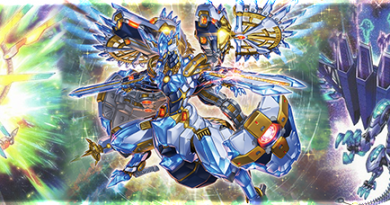 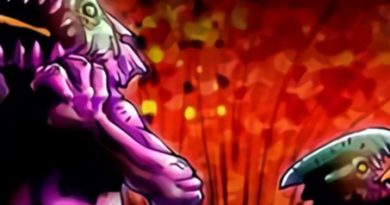