(Therion is currently only available in the OCG, and thus, the archetype name may be different in the future.)

While the Dogmatika lore begins to reach their climax, side protagonist Springan Kit and fellow Springan Captain Sargas decide to engage a brand new archetype from Dimension Force, the titular Therions. With a celestially gladiator themed approach, these celebrated champions will crush your opponents with their signature combo attacks! So without further ado, in the right corner, here comes the Therions!

The Therions are loosely based on the western zodiac, with members representing the various named stars. Konami, another star-themed archetype? Really? These hand-picked heroes come from various tribes, and shares the similar effect:

The first effect allows a Therion monster to summon itself from hand, for virtually no cost. If equipped to another, the wielder will inherit an additional effect. The Therions are able to swarm the field with two deadly effects each! This utility allows them to be adopted in many tribe-centric decks as well.

As the Therions are a simple band with huge stats and advantageous effects, they can be played pure with a beat stick strategy, or along with their respective tribes.

The current Therions possess simple, generic effects like negation, spot removal and searching. These effects are not unfamiliar, as we have seen such effects in other archetypes prevail, like Wandering Gryphon Rider and Purple Poison Magician. But these warriors go way beyond! They can now wield two of such effects on one monster, making each individual presence threatening. A simple example is a “King” Regulus equipped with “Leaper” Fam. A singular monster with 3500 ATK, packed with both an omni-negation and a quick bounce. Is that not scary enough to face against?! A single equipped Therion will tackle any challenge head-on, anytime!

Outside of the Therion brand, these monsters are generous enough to lend their strength to other tribes in need. Machine decks like Infinitrack will definitely enjoy “King” Regulus’ ability to negate, while struggling Plant decks like Sunvalon will appreciate “Lily” Borea’s added consistency. They do not require much to accommodate, but will definitely support existing decks.

Like every archetype created in the past and present, Therions are granted the standard support set of several spells and traps. These cards will supplement their consistency, but most importantly, extend the longevity of these champions.

Therions’ Cross is a simple, generic counter trap that can be activated with the presence of a Therion. Although the effect is generic and may require additional set-up, its niche lies in allowing “Lily” Borea to tutor it out.

And lastly, since Therions constantly use other Therions to fuel their effects, Therions’ Standup is a great card to replenish equips onto your monsters! As a trap, this may provide an additional surprise disruption, especially with “Leaper” Fam.

Now equipped with these introductions, go out there and fight! Wait, no one taught you? Here are some basic strategies to face your opponent in this card game colosseum!

The main objective of Therions is to summon more Therions equipped with each other, so the obvious conclusion is to maximize the chances of doing so. “Lily” Borea is this archetype’s greatest consistency piece, which in return generates enough bodies to overwhelm your opponent. “King” Regulus and “Leaper” Fam will harass your opponent, and “Bulls” Ein and “Duke” Jule will challenge resource management. Every one of these beasts will overwhelm the opponent with sheer strength, 1-on-1.

This archetype has no reliance on the Extra Deck, because they themselves are more then enough! Which means the Extra Deck is completely up to your needs and desires.

Remember when I said that Therions are generic? Turns out, they are generic enough to add in a Good Stuff mix. I present the latest amalgamation from the OCG. The ratios above for Therions are regarded to be an ideal compressed version, allowing other busted archetypes to slip in comfortably. None of these packages conflict nor supplement each other – but are devastating if any are established. The ultimate board this deck can produce is a Wandering Gryphon Rider, Mirrorjade, and “King” Regulus, all waiting their turns to bully your opponent into submission.

Despite all that I’ve written, Therions are actually not the most consistent decks. In a pure variant, players may find it difficult to establish a decent board starting out. The strong reliance on equipping from the GY could prove fatal as well, allowing tech cards like Necrovalley and D.D. Crow to shine brighter. Otherwise, it is fine to negate “Lily” Borea’s searching. Remember, if a monster has another monster equipped, and is negated, they lose the equipped monster! Otherwise, it may be a tall task to weather the multiple threats they can dish out, but they can potentially lose to aggressive tactics or heavy control. Nevertheless, you should expect to see Therions representing their tribes more instead of their brand.

My Thoughts and Colosseum

I will not lie, this deck caught my eye because I felt hopeless against “King” Regulus. It is very hard to deal with! So I went ahead and read up on this archetype. “King” Regulus is the most hyped card out of Dimension Force, and for good reason. To me, Therions are a successful example of a beat stick strategy, but unfortunately contributes to the growing pool of Good Stuff piles. Such an archetype definitely boosts multiple decks at one go, and I appreciate that. Therefore, I thought it should be important to recognize these cards and what they are capable of. You can expect to see these gladiators make appearances in future decks! For now, they will spar with our furry protagonist Springan Kit and Captain Sargas. Go get them! 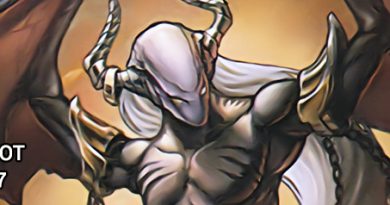 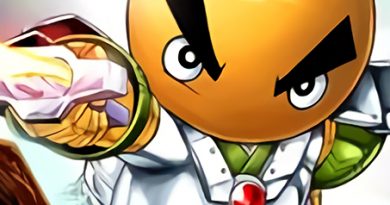 The Non-Static Nature of Card Advantage 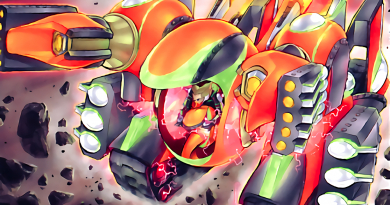