Imagine a hypothetical tournament for rock-paper-scissors. Want to show that you’re the very best? Prove it.

Tournaments like these do exist, but for this I want to tweak the rules a bit. In these real tournaments, you are not bound to whichever move you use. You can use paper one round, and scissors the next.

But what if you were bound to one move throughout the entire tournament? For this, consider our fictional tournament as a Swiss event, like Yugioh tournaments. Imagine if you entered as a “paper” player, and in every single round you used paper as your only move. In the event of a tie, you would get a draw. You would beat all the rocks you face and lose to all the scissors. In a mirror match, you would draw. Realistically, your success in this tournament would be dependent on match ups. That’s a lot of variance. It would depend on how many rocks you faced and how few scissors you got paired against.

Someone would win that tournament. Even if 1,000 players enter, if they ran 11 rounds of Swiss with a Top 32 cut-off, only one person would come out as the champion. So, even in this scenario, we will still be crowning a Rock-Paper-Scissors champion. Yugioh is much more complex than RPS, but there are elements of that thought experiment still relevant for consideration.

Remember the 2014 triangle format? Players who were there may remember how The New Challengers brought a bunch of support to Burning Abyss that made it top dog. The New Challengers also introduced Qliphort. BA had a strong match-up against Qliphort, since BA could play through all of Qliphort’s traps and could grind really well. However, Qliphort had a great match-up against Shaddoll, a very popular deck. Shaddoll on the other hand, had a somewhat favorable match-up against Burning Abyss, who had trouble playing through an established El Shaddoll Winda. Rock-paper-scissors.

I remember going to a regional during that format where a friend of mine playing Shaddoll just lost against Qliphort late in the event. “What happened?” I asked. His nostrils flared and he shook his head: “I hate Qli.”

Despite this match-up RPS element, this was a fantastic format. There was a degree of “wow, I hope I get favorable match-ups for this event,” but you can still address the triangle aspect of the format by catering your side deck towards your deck’s weakness. There were many decks to play, but there were a manageable number of viable decks. In my Shaddoll deck, I remember side decking a lot of backrow removal to destroy Qliphort Scout and remove problematic floodgates. Even though Burning Abyss was widely considered to be the “best deck,” you still had a good chance with a well-built non-BA deck. One deck formats aren’t perfect, but there’s something about the heavily concentrated metagame that makes it easier to approach. Think back to popular one deck formats like Dragon Rulers and Nekroz. While the main downside with those formats is that they could become dry more quickly and those Tier 0 decks were ungodly expensive, the upside was that when entering an event, there was a clear deck to beat. Therefore, a Dragon Ruler deck entering an event had only two real threats to worry about, Spellbooks and Evilswarm. Nothing else was powerful enough to keep up with Rulers at that time, mainly because those two decks specifically countered the Ruler strategy.

The benefit was that extensive testing and understanding of the Ruler-Evilswarm and Ruler-Spellbook match up was rewarded if the deck was built right.

There were elements of “Wow, I hope I don’t face X deck,” but it was more manageable on account of the less diverse playing field. In the aggregate, there was a clear, defined formula that you had to beat. There weren’t infinite possibilities, only a few. Therefore, if you could integrate a relevant counter into your deck for the format, which was reasonably possible, tournament success with a wide variety of decks was possible.

It’s not a very original or interesting opinion if I write a whole article complaining about the former Dark World Danger! FTK deck that tore up YCS London. There is a slew of articles and videos on the topic, and there’s not much more that can be said other than being thankful about them banning Firewall and fretful about getting hand looped by Topologic Gumblar Dragon.

But I feel that Gumblar decks or the recently deceased FTK deck are problematic components within a larger issue as well. The format is really diverse right now, and potentially too diverse. Could this diversity be too much?

Think about an ideal side deck for any deck for this format.

To make a Side Deck, one should start naming viable decks. In my opinion, “viable” is anything that you could take to a 200 man regional and get an invite with.

See how diverse the meta is here. There are other weird decks out there too you may run up against that didn’t even make this list. Here’s the challenge: Design a deck that adequately prepares for such a diverse format. Where does one find the room? 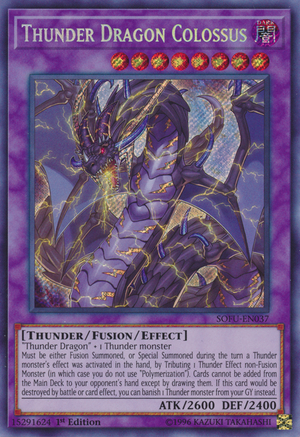 The problem with this format is that it is really difficult to approach in such a way that you take into account all the different decks when deck building. It’s easy to enter a tournament because of all of the many options that exist and that many of them are low cost (ignoring expensive staples). However, it is unusually difficult to succeed consistently given how diverse it is.

Some counters to these decks overlap, but many do not. Twin Twisters works against backrow decks like Altergeist, but is dead against Thunder Dragon and anything combo based. Moreover, the amount of removal you realistically need for Altergeist is more than just 3 Twin Twisters. Twin Twisters doesn’t out Secret Village of the Spellcasters, so you will also need to side non-Spell removal like Heavy Storm Duster, otherwise you risk getting steamrolled.

Making the issue even more problematic is that a couple of the decks at the very top are designed in such a way that they require very specific counters. Metaion, the Timelord and Forbidden Apocrypha came into popularity against Thunder Dragon because they get around the the Fusions’ destruction protection. These cards require incredibly specific counters because of their bizarre design. There isn’t much overlap at all against other viable decks.

Against most of the combo decks you need to be siding in a lot of hand traps – and often specific hand traps – so they don’t combo off completely and steamroll you. Just one hand trap in your opening hand is not enough to stop them from hand looping you.

You Can’t Realistically Catch ‘Em All

Accounting for Thunder Dragon means you will need to be siding at least 2-3 Metaion and 2-3 Apocrypha, giving you only about 10 slots to deal with the other dozen decks. If you don’t build your side deck to be ready for Thunder Dragon, you’re gonna have a bad time if you face them. Conversely, if you build it such that you are ready for Thunder Dragon, but face a lot of Altergeist instead (which has no overlap at all with Thunder and demands a lot of removal), you’re gonna have a bad time. Dealing with both of these decks means you’re sacrificing the amount of hand traps you play, giving you a worse match-up against the Gumblar deck and the combo decks.

At a certain point, you will have to make a sacrifice.  You will have to choose whatever deck you expect the least of and just omit it in your deck building. You’ll just have to hope you don’t get paired up against one. Either that, or make your side deck choices for each deck unusually slim and hope you draw them. Favorable variance will then be a more critical aspect of your tournament experience. The game is healthy when variance is minimized, whether that be in sacky 1-ofs, dice rolls, or tournament pairings. Even though the game is diverse, the diversity is edging on the extreme.

Perhaps that’s where the skill is derived from. Perhaps this specific format is one where deck building is going to be one of the most valuable skills one can have when entering a tournament, moreso than usual. It could be that the inspiration for this article is stemming from my own frustration for a skill I lack and am having trouble developing. This is normal, because Yugioh at its core is a really difficult game with a steep learning curve.

It seems that the most important decisions one could make are not when one is actually playing the game itself, but instead when one is handing in their deck list. This requires some strong understanding of exactly the right amount of counters your deck should have against each specific deck type.

It’s all in the quest to become a better player. What’s the solution? Which decks should I prioritize my side deck for? Are there reliable cards that exist that efficiently take care of a wide range of decks while also having the power needed against decks that require specific outs? That’s the golden question. We’ll wait and see who solves it first.

wiedergeburt
wiedergeburt is a student at the University of Notre Dame studying Economics, Theology, and German. He's a five-year veteran of Yu-Gi-Oh, and his favorite decks are Infernity, Shaddoll, and ABC.

wiedergeburt is a student at the University of Notre Dame studying Economics, Theology, and German. He's a five-year veteran of Yu-Gi-Oh, and his favorite decks are Infernity, Shaddoll, and ABC. 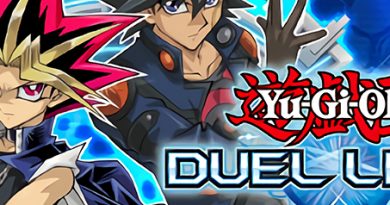 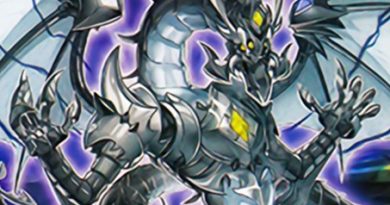