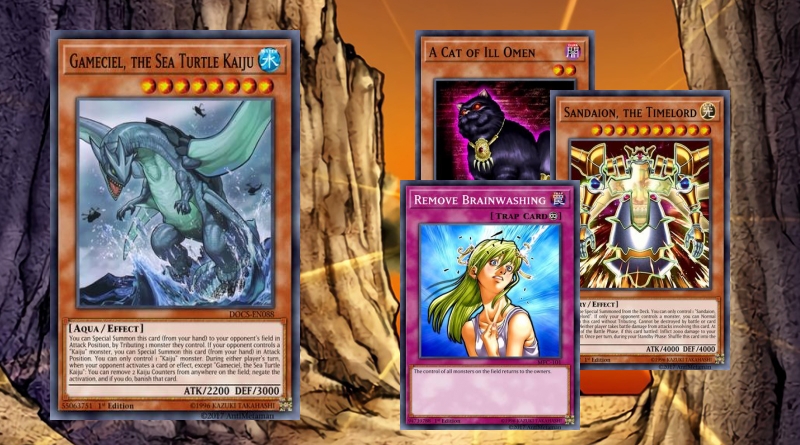 this Anti Meta Deck is meant to bring life back into Kaijus with the Timelords assistance you can create a defense that is easy to move into at the least 4 strategies...  sky strikers can easily  pull off a one turn Gameciel(or star D) Normal summon the order is tower 1hornet 2fire 3hornet again 4wind 4water with NORMAL the gama or pull the towers ability then normal (beware of hand traps) (time maiden is usually helpful with baiting these)

If tower is up you can remove brainwashing to summon the Kaijus to you via opponents troublesome monsters. this alone is just fun and keep getting clear shots to LP if you keep throwing them at their monsters I cleared the field once doing this but i recommend caution wasting the kaijus.

Necrovalley is sometimes best when opponents keep using the graveyard as we know a shuffled tower into the deck is annoying but necrovalley can help loads so if you have terraform use judgement get the valley.

!!!!mistake and iron wall!!! can hurt or help you if iron wall is up drop gama on the opponents side as the wall is stoping the effect or if mistake is up tower is useless to pull cards but kaiju effects can still be used but with necrovalley and skill-drain and remove brain washing this creates the ultimate defense as your opponent cannot play ....this is also the time for a kaiju army.

SANDAION is the master of the deck as skill drain and the Doctor as i like to call him is usually a fun combo but the doctor can be destroyed in this state as his effect is gone but you now have a one turn 4k killer.

With out skill drain look to getting Gama with tower up in a special summon shootout:

2DR.who to your side

3SS gama to your side. the doctor kills the stronger kaiju then gama is free to pull points

Honest is fun but he can be replaced with any card you like but he has helped me win many a duels ... but he can go....and you know what he did I have two easy replacements for him and i am currently running with x3 cat of ill omen it just makes moving into the stages easier the other replacement is battle fader as he is able to stop  a battle phase

*the spell mining cave spell has a draw back you must have less monsters than the opponent...and never the same amount as the opponent* 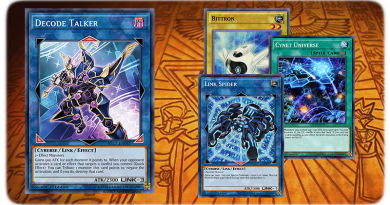 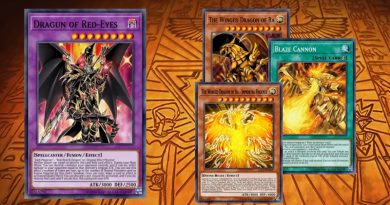 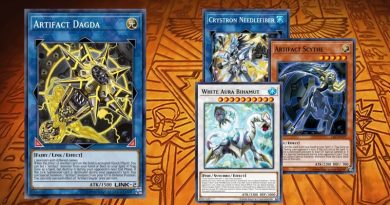