When the Danger! monsters were revealed in Cybernetic Horizon, duelists quickly devised a strategy to pair them with the older Dark World monsters. The two archetypes’ strategies of discarding seemed made for one another. The deck failed to accomplish much in the metagame until the release of Soul Fusion, however. After Soul Fusion introduced new Danger! monsters, especially Danger!? Tsuchinoko?, a few duelists realized that Danger! and Dark World monsters could form a combined engine to perform a consistent First-Turn Kill.

The Danger! Dark World FTK strategy revolves around cycling through the deck with Danger! effects to set up a loop involving Firewall Dragon, Cannon Soldier, and any Dark World monster, with Grapha, Dragon Lord of Dark World in the graveyard. Grapha continually revives itself via its effect in a zone Firewall points to and is then tributed by Cannon Soldier for 500 damage. This allows Firewall to summon the Dark World monster from hand, allowing Grapha to re-use its effect and create an infinite damage loop.

With 3 tops at YCS Niagara Falls, Danger! Dark World proved a nasty surprise, but did not seem too powerful in the metagame. The deck, however, was nearly undiscovered before Niagara, and had a conversion rate of over 50% from Swiss. The strategy was proven at YCS London, where despite fewer than 50 duelists running Danger! Dark World, the deck took 9 tops, the most at the event. The deck is clearly Tier 1 at this point in the format, and will likely continue its success.

The difference between Danger! Dark World lists in North America and other TCG regions is small, but important. We’ll analyze topping lists from both YCS Niagara Falls and YCS London. 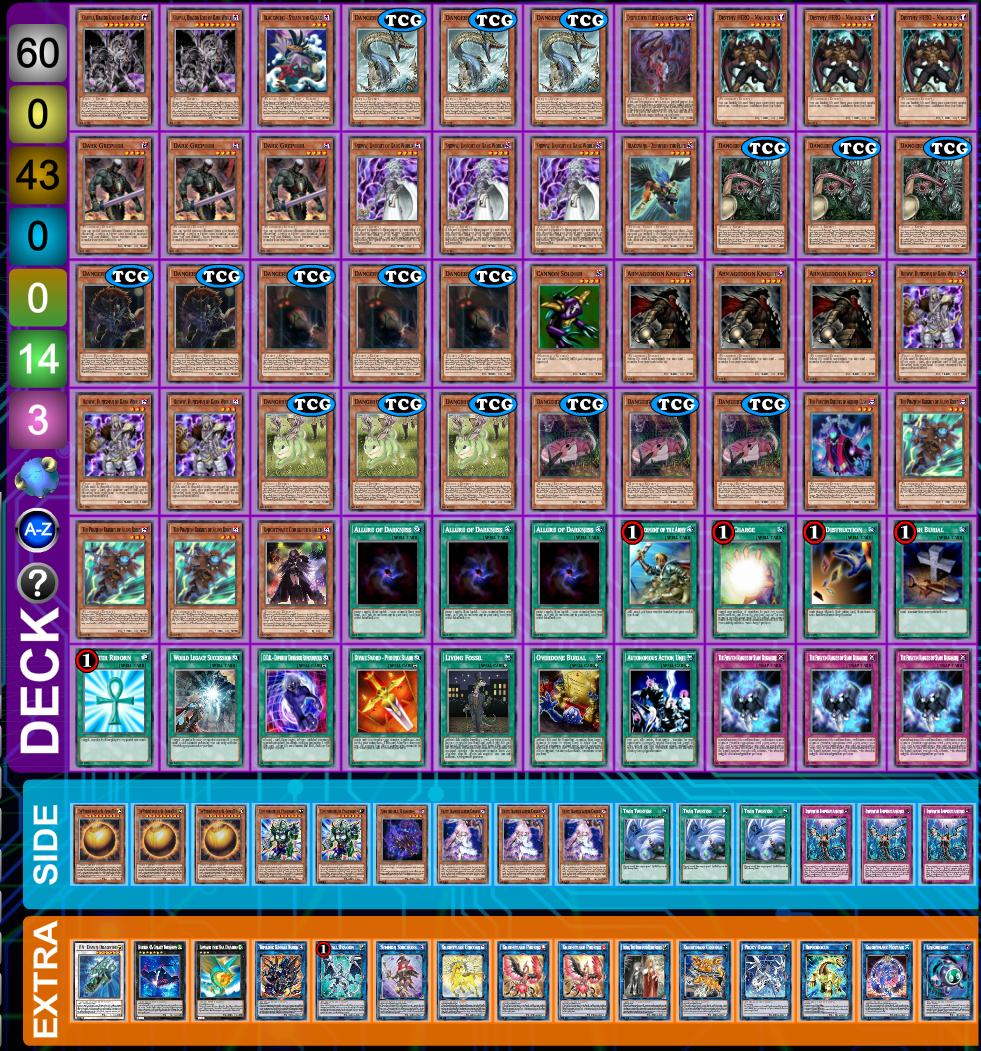 Danger! Dark World as an FTK was essentially unknown before YCS Niagara Falls. Jeff Jones and his teammates can be thought of as the deck’s pioneers. The “standard” build coming out of Niagara, while powerful, was rough around the edges. It was the starting point for the metagame but will likely see significant refinement as the format goes on.

As Niagara Falls was a North American event, Summon Sorceress was legal for the YCS. The effect of Sorceress’s legality can be seen in Jones’s decision to play a DARK Warrior engine similar to Gouki decks. In North America, Armageddon Knight and Dark Grepher are “one-card FTKs,” according to Jones. These cards enabled the use of Destiny HERO – Malicious and Isolde, Two Tales of the Noble Knights to quickly get Sorceress out and begin churning through the deck. Jones opted to play 60 cards on the basis that he was playing potential brick cards in Malicious and equip spells for Isolde.

Jones’ side deck is entirely built around going second. The deck wishes to maximize the chance of FTK-ing going first in game 1, so no non-engine disruption or interruption is maindecked. The side is entirely geared towards removing an opponent’s threats from the field or disrupting their turn 1 plays when going second so the Danger! Dark World engine can OTK uninterrupted. 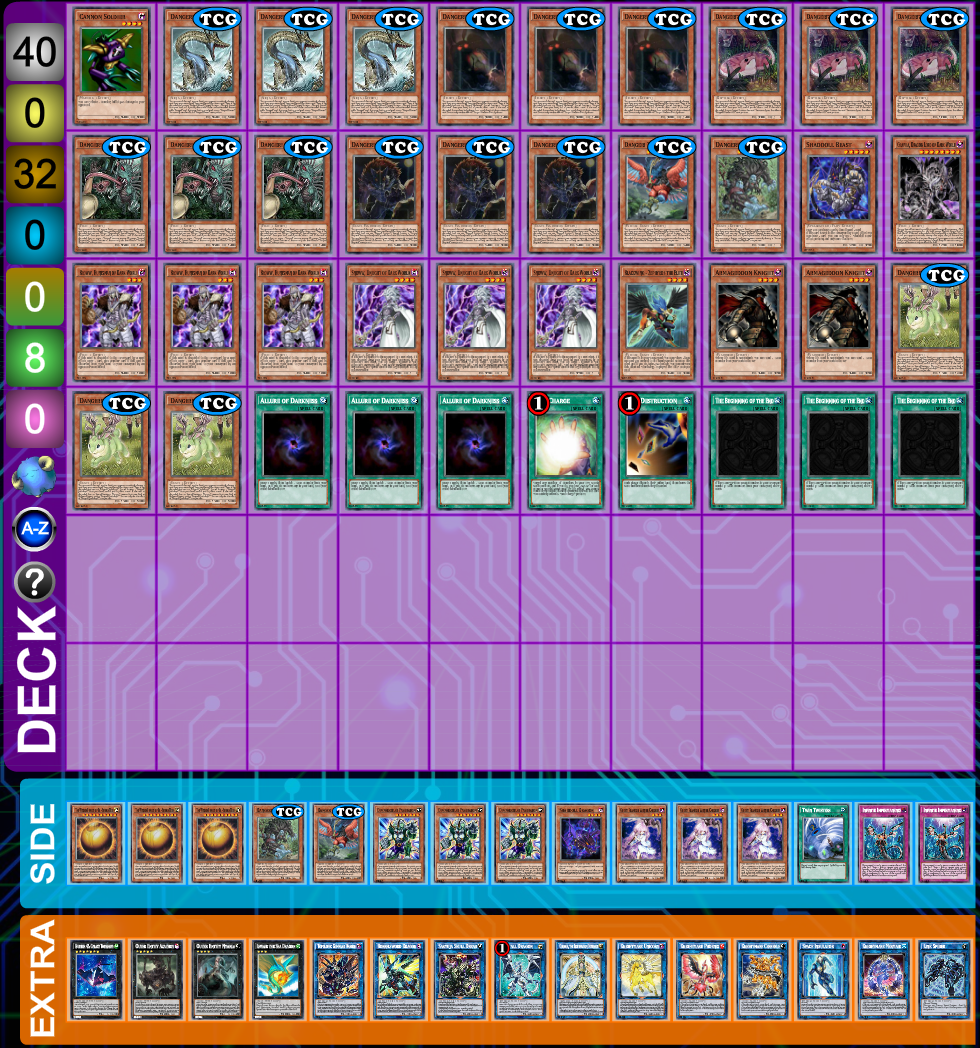 Going into YCS London, some duelists had speculated that the lack of Summon Sorceress would cause Danger! Dark World to perform poorly in Europe. Arunnaveesiri’s list is emblematic of how Danger! Dark World pilots built their decks to make up for Sorceress’s absence. Unlike Jones, he plays 40 cards, as the potential bricks associated with a DARK Warrior engine are not present. Arunnaveesiri’s list focuses on cycling through his deck with Danger! effects and the draw power of Allure of Darkness and Card Destruction. This loads up his grave with DARK monsters for Soul Charge and The Beginning of the End while simultaneously digging for these powerful Spells.

Because Sorceress is not legal in Europe, Arunnaveesiri used Curious, the Lightsworn Dominion as a powerful replacement. Curious’ ability to send any card to the grave while simultaneously randomly milling extra cards is extremely useful in a deck that relies so heavily on graveyard revival. As a Link-3, it can also be used as a huge stepping stone to keystone card Firewall Dragon. The crux of Arunnaveesiri’s extra deck is Outer Entity Azzathoth. This card saw widespread play at London due to its ability to essentially guarantee the FTK. Once Azathot is summoned, the only commonly run handtrap that can interact with the Danger! Dark World player is Infinite Impermanence.

Like Jones, Arunnaveesiri’s side deck is entirely geared towards going second. The only difference between the two is Arunnaveesiri’s decision to play an extra copy of Danger! Bigfoot! and Danger! Thunderbird! in place of two Twin Twisters. These monsters help Arunnaveesiri play into opposing boards while also furthering his main strategy of cycling through his deck.

The Danger! Dark World strategy revolves around going first and performing an FTK. Most tech choices are therefore geared towards performing the FTK as consistently as possible, and there is limited possibility for innovation. Changes to the deck build are likely to be incremental, and outside of the regional differences based on the presence or lack of Summon Sorceress the deck follows a relatively standard build.

That said, side deck choices can be important. Cards for going second tend to be solely part of the side deck, as the deck does not want to compromise its game 1. Therefore, winning games 2 and 3 rely on proper side decking in preparation for what the opponent will side in. Droll & Lock Bird and Ghost Reaper & Winter Cherries are currently the most common side cards against Danger! Dark World, as both stop the FTK outright and can be used before a summon of Outer Entity Azzathoth. Called by the Grave is theoretically useful if one fears these handtraps. Extra copies of the less useful Danger! monsters, such as Danger! Bigfoot! and Danger! Thunderbird!, can also be stashed in the side deck to help rip apart opposing boards when going second. Shaddoll Dragon, Twin Twisters, and Red Reboot are also good options when facing backrow decks.

How to play Danger! Dark World versus various matchups essentially boils down to “Go first.” That said, there are some quirks and intricacies to facing various decks in the meta.

There is unfortunately very little skill involved in this matchup between two sufficiently skilled players. Whoever wins the die roll will almost certainly win game 1 unless they brick. Games 2 and 3 are similarly unskilled, with the potential opening of Ghost Reaper & Winter Cherries or Droll & Lock Bird being the likely only potential interaction between players if the duelist going first opens the FTK.

Like the Danger! Dark World mirror match, this matchup is also quite unskillful. Gouki in its current form is essentially a pseudo-FTK deck. Neither deck’s standard build maindecks handtraps, so the winner of the die roll will almost certainly take game 1. As in the Danger! Dark World mirror, games 2 and 3 will most likely be similarly unskilled. Ghost Reaper & Winter Cherries and Infinite Impermanence are the main side cards against Gouki. It is important to note that Cherries on Firewall Dragon will still result in the Gouki player using Topologic Gumblar Dragon to rip 2-4 cards from the hand. Depending on the opening hand, it may be more useful to Cherries Gumblar against Gouki. This can allow The Winged Dragon of Ra – Sphere Mode to remove Gouki’s extra link and permit an OTK.

Unlike the Danger! Dark World mirror and Gouki, Sky Striker seeks to win going first versus Danger! Dark World by relying on heavy disruption rather than FTKs or pseudo-FTK locks. Because Striker attempts to play fairly in this manner, it is a much easier matchup when going second. This is not to say that it is an easy matchup by any standard. With cards like Sky Striker Mecha – Widow Anchor, along with the plethora of handtraps that Striker can afford to maindeck, the deck stands a good chance of disrupting the Danger! Dark World burn loop when going either first or second. Twin Twisters is a very important card in this matchup to clear the way for a Cannon Soldier OTK. 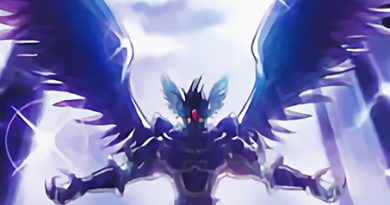 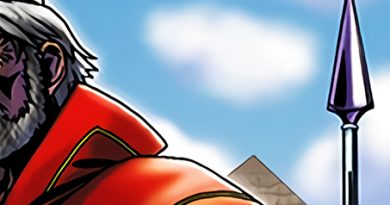 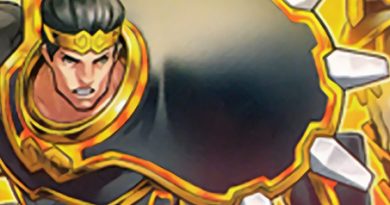