OCG is usually the one in charge of creating cards for the game of Yu-Gi-Oh! They certainly are ahead in core booster sets and releases. However, every now and again, the TCG also gets to design cards that we get access to first. Referred to as TCG Exclusives, these cards are an interesting bunch for sure. This has lead to some of the most powerful cards in the game such as Maxx “C”. Without further ado, let’s start with the first Extra Pack!

The TCG Exclusives covered in Extra Pack are from Tactical Evolution, Gladiator’s Assault, and Phantom Darkness! We’ll mostly be talking about the good ones since not all exclusives are created equally.

Grandmaster of the Six Samurai is a solid extender piece for the Six Samurai strategy. It has aged incredibly well for what it’s worth and hasn’t fallen out of favor. That’s definitely one of the more defining traits of certain TCG Exclusives. In any case, Grandmaster is pretty straightforward in what it does. You’re able to place it down on the field if you have any other Six Samurai monster! While it is a bummer you can only control one, that doesn’t take away from the card at all! It also has a nifty floating effect and pretty high ATK for a free body. Be it as an extra beatdown piece and a way to enable Shogun Shien in the old days, or be another fuel in the Spamurai playstyle, this old man does it all.

Other Half of Doom

Dark Grepher is another really good TCG Exclusive, currently limited to this day. It can be considered as the other half of Armageddon Knight, as these two go hand in hand in DARK strategies. Grepher has been in and out of the format, being a combo enabler that has several ways to get these monsters into the GY. This can be done by Special Summoning it or via its effect to mill. Throughout many times in history, it has proven time and time again to be a lethal setup threat for these decks. DAD Return/TeleDAD, Infernity, Dark Warrior, Danger piles, Orcust, and that’s just scratching the surface!

Allure of the Draw

Allure of Darkness is yet another piece in the DARK combo machine. Orcust joke aside, this card was revolutionary for its time and has aged like a fine wine, still good even to this day. Lunalight, Thunder Dragon, Chaos, and Orcust strategies are some of the recent examples.

Even in the olden times, decks such as Zombie Piles or DAD Return heavily abused this card. Inzektor, Monarchs, Kozmo, PK Fire, and Dark Dracopal also for the middle portion of this card’s life. For the longest time, it was a limited card. This is a testament to the power and consistency this card brought to the table.

Lastly, this funky spell card was one of the best ways to punish Artifact Lancea coming your way if you were playing a banish heavy deck. Lunalight was the best example, especially if you used Allure and they had the hand trap in hand. This forced awkward scenarios for the opponent, as they then had to decide should they Lancea now or after. All in all, a worthy TCG Exclusive for sure.

Lonefire Blossom is another product of the TCG, and it does not disappoint. Ever since its inception in Crossroads of Chaos, this card has remained a mainstay in plant-based strategies time and time again. In the old days, it was great for both getting to Tytannial and Gigaplant! Sylvans heavily appreciated Lonefire, and so did the later decks down the line.

The release of the Predaplants also boosted this card’s usefulness, as more ways to get to Predaplant Ophrys Scorpio was a boon and then some! Both Plant FTK and Plant Link in the OCG abused Lonefire to the fullest, getting to its combo pieces with very little impunity.

Glow-Up Bulb and Phoenixian Cluster Amaryllis would like to say hello. Both of these cards are also banned. While the card has been pretty dormant in recent times, it still holds a lot of plant decks together and is a welcome addition!

Test Tiger is one heck of an extender, increasing the pace of Gladiator Beasts considerably! This card gave you the power to tag into the right GB for the task at any given moment! Murmillo for monster removal, Bestiari for backrow and Gyzarus access, Equeste for recovery, Darius for the sweet reborn and so much more! TT is definitely one of the key pieces that kept the deck moving, even after its hits.

Like Grandmaster, Test Tiger has settled in well and works perfectly fine with all the new support given to the deck. Not only does it help make Test Panther, it still lets you make use of the new Gladiator tag-in effects just fine! This kitty has done a very good job at being an excellent TCG Exclusive, that’s for sure.

The rest of the decent TCG Exclusives in Extra Pack go here. While not as flashy or ironic as some of the others, they had their fair share of glory as well. Let’s look into some of them right now!

Il Blud is the first one up and was quite the popular choice in early Zombie decks around 2007-2009, having respectable showings. Alongside Gigaplant, it was one of the only good early Geminis.

Dragon Ice proved to be a pretty strong tech in early versions of Mermail, racking up a lot of tops! Not only was it a free body, but you were also able to plus off its discards! Infantry/Marksman, Abyssteus, Abyssgunde, Atlantean Dragoons, the whole nine yards. It even brought itself back from the GY! Genex Undine also paired with it due to its nice level for some synchro plays.

Volcanic Rocket and Royal Firestorm Guards go hand in hand, just really solid cards that held the deck together! They had their cute moments too back in 2015 after Blaze Accelerator Reload came out! Volcanic would be in a rougher spot had it not been for the TCG.

Darklord Zerato had its time to shine in DAD Return, and was another good way to close out the game! The Raigeki effect is also a good bonus.

Aztekipede, the Worm Warrior is alright as a Level 4 extender and is just waiting for better insect decks to make use of it! Banishing Resonance Insect might be of some interest in Ballpark, but Doom Dozer also does compete with that spot.

Prime Material Dragon was a neat tech card from around the late 2000s to the early 2010s, popping up in many lists for its defensive uses! It even saw brief play in Disaster Dragons a few years after!

That wraps up our Part 1 review on the Extra Pack. I hope you enjoyed the article! In any case, do join us for next time as we take a look at the other Extra Packs and explore more of the best the TCG designers had to offer! 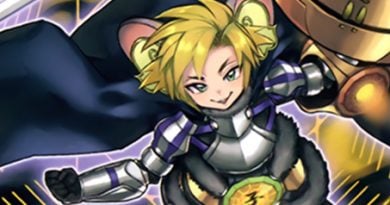 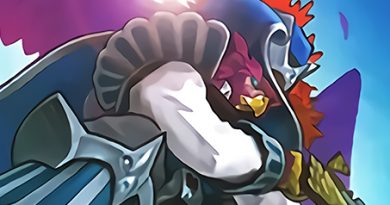 One thought on “TCG Exclusives: The Packs of Extra Review! (Part 1)”