With a new Structure Deck comes a plethora of reprints. This structure deck features 44 reprinted cards with common staples. Reprints are great for the casual player and are often enough incentive to purchase a Structure Deck.

Black Luster Soldier – Envoy of the Beginning is a card that previously only had one common printing. With the cheapest copies now being $2, it’s a great value card to have in a structure deck. It also sees play in older formats.

Mathematician rose in popularity during Orcust format and is one of the go-to cards in GY-based decks. With limited printings only in Structure Decks and Dragons of Legends, this reprint provides Mathematician wider accessibility.

Allure of Darkness is a generic draw card that is played in many DARK decks. Although it has seen numerous printings, it still hovers around $2.

Super Polymerization was recently reprinted in Duel Devastator and is a great side deck option. Going into a potential combo-heavy meta, Super Polymerization is great for picking apart boards with Starving Venom Fusion Dragon and World Chalice Guardragon Almarduke.

Instant Fusion is commonly used to summon Thousand-Eyes Restrict and Millennium-Eyes Restrict. It’s also an example of a common that usually hovers around the $2.

Hot off the Ban List, Pot of Avarice makes it return as a reprint. Avarice gives newer players an opportunity to play with an old staple.

Lost Wind acts as an option to negate an opponent’s monster effect and half their attack. Being a trap that recurs itself gives it a place in rogue decks such as Paleo Frogs and Marincess.

Unending Nightmare is a great Side Deck option. As a continuous trap that offers removal, it is invaluable against decks like Subterror and Altergeist.

One of the most exciting things about Structure Decks is the new support. With Shaddoll being one of the most popular archetypes, new support is something players have looked forward to for a long time.

Apkallone is a monster that must first be fusion summoned and cannot be destroyed by battle. As a result, Apkallone cannot be summoned with the effects like Cyber Stein.

Apkallone’s first effect activates when special summoned and negates one face-up card’s effects. This makes Apkallone great for breaking boards on your own turn.  It also disrups plays on your opponent’s turn. It combos well with the new Resh Shaddoll Incarnation, allowing you to summon Apkallone from the graveyard. This makes it a strong defensive option by offering a negate.

Apkallone’s second effect activates when it is sent to the graveyard. It allows you to add one Shaddoll card from your deck or graveyard to your hand and then discard one card. This effect combos well with cards like Performage Trick Clown as well as your Shaddoll monsters. This effect can also be activated through Extra Foolish Burial and will even activate if its summon is negated.

Overall, Apkallone seems like a strong monster with poor summoning conditions. Because it requires two Shaddoll monsters of different attributes, it may be difficult to summon with El Shaddoll Fusion. Despite that, Apkallone offers Shaddoll decks more versatility and is an excellent fusion monster.

Keios’s flip effect summons one Shaddoll monster from your hand in face-up or face-down defense position. This effect is weak because it can only summon from the hand and is slow.

Keios’s second effect activates if it’s sent to the graveyard by a card effect. By sending one Shaddoll monster from your hand to the graveyard, monsters you control gain ATK and DEF equal to the (level x 100) of the sent monster. Although ATK boosting is nice, this effect doesn’t help support Shaddoll’s strategy. However, it can prove useful in a pinch where you need a discard outlet or a way to beat over a stronger monster.

Keios has an attribute that gives Shaddolls an easy path to Construct and Apkallone, but possesses lackluster effects. Featuring two effects that require niche scenarios, Keios may not be strong enough to include in the main deck. Keios will be a one-of, if it’s played at all.

Reeshaddoll Wendi is the new WIND Shaddoll monster. Being a Level 3 PSYCHIC monster, Wendi can be summoned off Emergency Teleport.

Wendi’s flip effect is similiar to Keios, but summoning from deck rather than from hand. This is an upgrade as the deck offers more options than the hand. This effect also combos well with Resh Shaddoll Incarnation and can quickly gain you advantage. It also serves as a strong defensive option.

Wendi’s second effect activates if it’s sent to the graveyard by a card effect. Special summoning a Shaddoll monster from your deck in face-down defense position, this effect is similar to Wendi’s first effect. This effect can also help you survive an onslaught from your opponent by forming a wall for your life points.

Overall, Wendi is a great addition to the Shaddoll archetype. Acting as an extender and as a floater, Wendi can be seen as a solid 2+of in most Shaddoll decks.

Ariel’s second effect activates if it’s sent to the graveyard by a card effect. This effect acts as Shaddoll’s main graveyard disruption and is very unique to the archetype. With Lunalight and SPYRAL being popular meta options this format, banishing cards from the graveyard can impair their set up. Sinister Shadow Games makes it very easy to activate Ariel on your opponent’s turn.

Ariel offers a strong form of disruption to the Shaddoll archetype. Ariel gives recovery and can cripple graveyard reliant archetypes, and earns at least one slot into any Shaddoll decklist.

Incarnation’s first effect is to target one Shaddoll monster in your graveyard and special summon it in face-up or face-down defense position. This effect has synergy with Winda and Apkallone. It can also be used during your opponent’s end phase to set-up for a flip effect.

Incarnation’s second effect lets you banish Incarnation and one other Shaddoll card from the graveyard to either change one face-down monster to face-up defense position or one face-up monster to face-down defense position. This effect greatly contributes to the speed and flexibility of the Shaddoll archetype. Being an archetype based around flip effects, Incarnation helps speed up its goals. As a trap card, this effect can also be used during your opponent’s turn to flip summon monsters for disruption.

Incarnation is a great trap for the archetype that gives recursion and potential disruption. Having its second effect not specify Shaddoll monsters, Incarnation may even see play in non-Shaddoll archetypes that benefit from switching battle positions. With powerful fusion monsters being options to summon, a well-timed Incarnation could spell doom for your opponent and lock them out of a pivotal turn.

For casual players looking for easier access to pricey commons, Shaddoll Showdown offers a variety of solid reprints. For players that are looking for new ways to innovate their Shaddoll deck, this offers solid new support. Whether it be for the reprints or for the new support, Shaddoll Showdown is one of the better made Structure Decks of the season and should be considered for any players looking to get great value or potentially pick up the Shaddoll archetype. 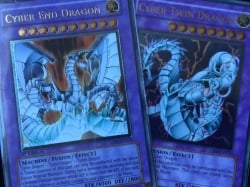 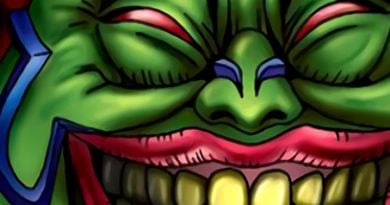 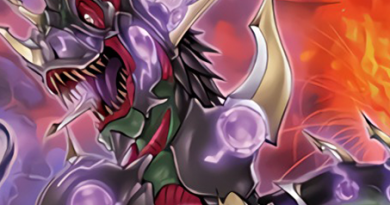 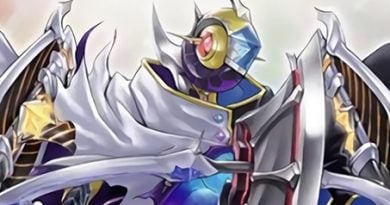