A Word From Our Sponsors

We are currently in a product lull and with no new cards until May I have decided to go through a few older decks. Let me know if there are any decks you would like me to cover. Thanks to Atlanta_Reign for recommending Serpent Night Dragon/Nightmare Sonic Blast on my last article.

Let’s take a look at Rex’s Skill Nightmare Sonic Blast . Nightmare Sonic Blast is a unique skill that serves to add cards to our hand. It also provides spot removal. Another bonus is stacking the top four cards for next turn. The key to activating this skill is having a copy of Serpent Night Dragon on the field. I have built this deck aiming to go second and summoning Serpent Night Dragon as quickly as possible. Serpent Night Dragon is a level 7 normal monster with 2350 attack and 2400 defense. Speed Duels has a habit of using normal monsters as central pieces to strategies, which I enjoy since these cards have not had much competitive use before. Let’s take a look at the decklist that makes this strategy worthwhile. Serpent Night Dragon 3x- The centerpiece of the deck that allows the use of Nightmare Sonic Blast!. Being a big beater is a bonus. While it is hard to summon normally, the rest of the deck is focused on that.

Double Coston 3x- Can be used as a single tribute for SND and also has a high attack stat.

Sphere Kuriboh 3x- Is a great defensive card and also counts as a monster for Nightmare Sonic Blast.

Gentlemander 2x- When you have a slower win condition like SND you need a couple of ways to stall. Having to attack Gentlemander first can also protect SND for a turn. Having two on the field creates a lock that can stall until your opponent can out one of them outside of battle. Tribute Doll  3x- Provides a way to special summon SND on the first turn. This is great because you can start digging through your deck as soon as possible.

Champions’s Vigilance 2x- An omni-negate when SND is on board. Great because it prevents any removal.

Floodgate Trap Hole 2x- Arguably the best trap in the game. Locks your opponent’s monster into face-down defense. Great for stall or to get rid of those pesky monsters bigger than SND.

Keep in mind that this plays as a going second deck, as most Speed Duel Decks do. Our goal is to get SND on the filed as soon as possible to begin gaining card advantage.

While this strategy may not seem the most adept, it is not that bad in the grand scheme of Speed Duels. Single card removal, adding cards to hand and a big beater can get you through a lot and with the correct hand you can do all three in one turn.

Once you successfully get SND on board you play protect the serpent with cards like Kuriboh, Vigilance and Floodgate, which gives you protection from attacks and effects.

If you are struggling against SND, the goal is simple. Don’t let your opponent get SND on board. Most forms of monster removal will do as well as getting out your own monster with greater attack. One deck that has a great match-up against SND would be the parasite variants running around. Parasite Paranoid and Perfectly Ultimate Great Moth combined with the Cocoon of Ultra Evolution skill are tough to keep off the board and can quickly dispatch SND.

If you are interested in learning more about this deck, let me know in the comments. Or mention a Speed Duel deck that can be the subject of the next article! Like always, let me know if I am a third-rate duelist with a fourth-rate deck. 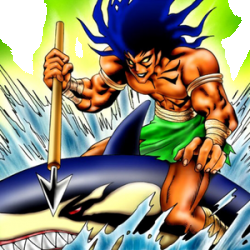 potatoewedges71
Your typical grad student that spends his free time playing children's card games. Striving to be a third rate duelist with a first rate deck. Likely to be seen at table 500 at your nearest regional.

Your typical grad student that spends his free time playing children's card games. Striving to be a third rate duelist with a first rate deck. Likely to be seen at table 500 at your nearest regional. 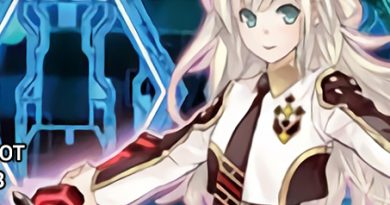 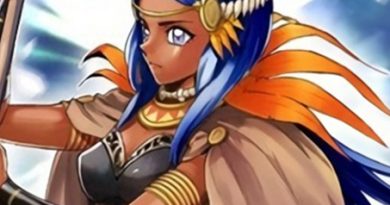 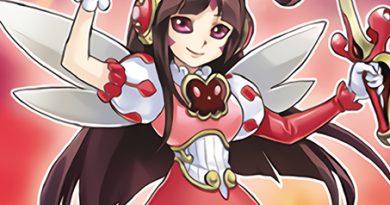