Shinob is a series of Spirit monsters that focuses on Ritual Summon. It’s not an archetype because they lack cards that support each other. The series is called Esprit in the OCG, but Konami renamed it to Shinob for the TCG. The series debuted in Raging Tempest near the end of the Arc-V era. Similar to other one-shot archetypes released near the end of the year (e.g. Triamid and Phantasm Spiral), Konami never gave it further direct support. 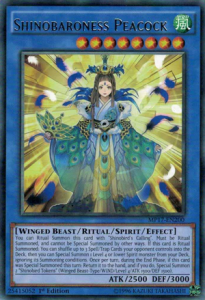 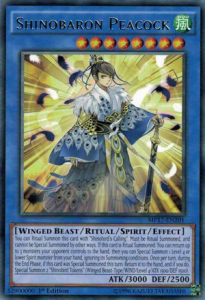 Shinob revolves around Ritual Summoning Shinobaron Peacock and Shinobaroness Peacock. These two Ritual Monsters are unique because they are also Spirit Monsters. Therefore, they return themselves to the hand at the End Phase, leaving two Shinob tokens behind. These tokens act as a defense and tribute fodders for the player. The Deck’s powerful removal effects, swarming capability and high attack power allow the player to easily OTK the opponent.

Now, why is the two Ritual Monsters also Spirit Monsters? During this Yugioh, Konami made a conscious effort of supporting all Summoning Types, including Rituals. To avoid each Ritual Archetype being too similar, Konami adds gimmicks to each archetype. A Ritual archetype’s gimmick can be a gameplay style, such as Demise/Ruin and Vendread’s reliance on inheriting tribute fodders’ effects. However, the gimmick can also be lazy by simply mixing two different Monster Types (e.g. Prediction Princess is a Ritual and FLIP monster while Shinob is Ritual and Spirit monster).

The Shinob series has everything needed to be a terrible one-shot archetype doomed for failure from the get-go. Let’s look at each reason why. 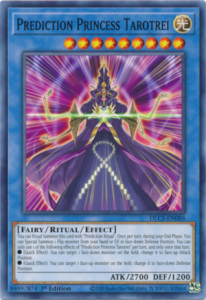 Over the years, we have seen several Ritual Archetypes that have dominated the meta (Gishki, Nekroz, Drytron) and Ritual Archetypes that danced around the meta scene during their debut (e.g. Demise, Relinquished, Megalith, etc). However, they are still considered subpar compared to the other Summoning mechanics (except Pendulums). For a Ritual Deck to be strong, Konami often goes all out to address their weaknesses to make the mechanic playable.

Another problem with the Ritual Mechanic is that the mechanic inherently minuses the player. This doesn’t help when a Ritual Spell has no way to recover itself, causing the Ritual Deck to fall apart as soon as the player uses up all their Ritual Spells. Thankfully, Konami has often given resource recovery options to Ritual Archetype.

One last problem with Ritual Decks is that the deck needs to have Ritual Monsters and Ritual Spell. This can sometimes make deckbuilding difficult. 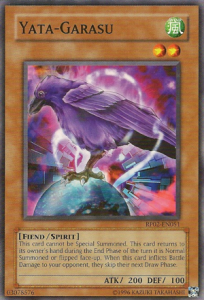 A Spirit Monster is a unique Monster Type similar to Gemini and Toon. All Spirit Monsters have the effect of returning themselves back to the hand during the End Phase. Therefore, protecting your monster from destruction during the opponent’s turn. However, this causes some problems.

Their gimmick of returning themselves to the hand during the End Phase is their biggest flaw. This prevents the player from building field advantage and makes the player vulnerable to attacks.

Most Spirit Monsters also can’t be Special Summoned. This makes it difficult for Spirit Decks to swarm the field with Spirit Monster. Thankfully, some key Spirit support cards give additional Normal Summon for Spirit monsters to nullify this issue, allowing the Deck to try to end the game quickly. 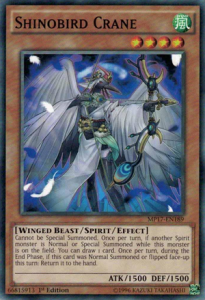 One would think an archetype/series that focuses on two under supported Monster Types (Rituals and Spirits), the archetype will have powerful cards to make up for it. Unfortunately, that is not the case. If you think Rituals and Spirits are a hindrance to the Deck, you’ll be surprised by the Shinob cards themselves. Besides Shinobaron Peacock and Shinobaroness Peacock, the rest of the Shinob cards are garbage. The three Shinobird monsters (Shinobird Crow, Shinobird Crane and Shinobird Pigeon) don’t have any effects that help summon either of the Shinobaron monsters at all. Instead, their effect supports all Spirit monsters in general in a very slow and terrible way.

Their Continuous Spell Card, Shinobird Power Spot, gives a 500 ATK boost. This is okay, but it’s not really needed when a Shinob deck has no problems clearing the field or OTK-ing. The spell card also has an effect to search out either a Ritual Spell or Spirit Monster in an extremely slow way. This is bad, especially when there are cards like Manju and Aratama this so much better.

Shinobird Salvation is a cute little Trap Card that acts as a card removal for Spirit Decks until you realize just how slow and unpractical it is. This card is exceptionally terrible for a Shinob deck, as their two boss monsters have way better removal options. It also doesn’t help that this card isn’t searchable. I guess the battle negation and ending the Battle Phase can be fun.

One final problem with Shinob is that they never received any further direct support that could help flesh out its gameplay. The two Ritual boss monsters and the Ritual Spell card are amazing cards. It’s just a shame that the other cards in the series don’t measure up to the Rituals. 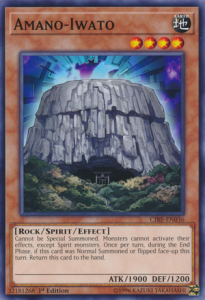 Now that we have looked at all three problems, it’s clear that Shinob is an unplayable pack fillers like Digital Bugs, right? Well, no. Despite their weaknesses, a Shinob Deck is actually very playable.

The reason for this is that their weaknesses are also their strengths. Rituals and Spirits can take advantage of powerful generic Ritual and Spirit support cards. Amazing Ritual Support cards like Manju, Diviner of Herald, Pre-Preparation of Rites and Impcantation boost resource management, consistency, and power of the Deck.

Being spirit monsters, Shinob can take advantage of great support cards like Aratama and Nikitama. However, the most terrifying Spirit monster is Amano-Iwato, a floodgate that prevents non-Spirit monsters from activating their effects. Despite how useless the rest of the Shinob cards are, the Ritual Spell and the two Ritual Monsters are one of the most powerful Ritual cards in the game. Their high ATK, swarming capability and non-targeting and non-destruction removals are excellent, especially when you can remove up to three cards.

Despite how useless the rest of the Shinob cards are, the Ritual Spell 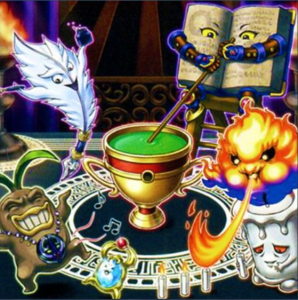 and the two Ritual Monsters are the most powerful cards in the game. Special Summoning a Spirit monster (Amano) and nullifying their effect of returning to the hand helps maintain board advantage. Non-targeting and destruction removals are excellent, especially when you can remove up to three cards.

Overall, despite its flaws and lack of direct support, Shinob has an actual win condition combined with powerful modern effects that make the Deck work. It’s not tiered one material, but it is highly playable, powerful and consistent. Its strength separates this one-shot archetype/series from other archetypes like Triamid. 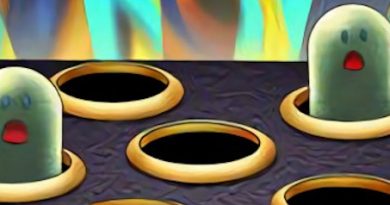 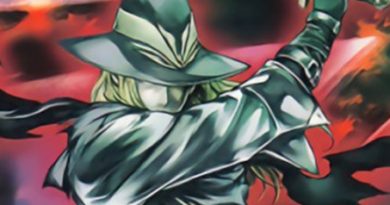 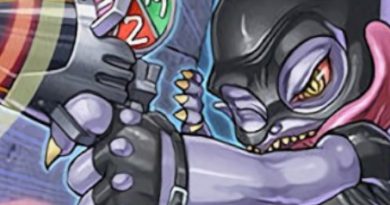 Dice Cards: The Relevant Ones!

3 thoughts on “Shinobirds – Meshing of Two Under Supported Types”