Remote Duels are Konami’s new way of hosting events in the new normal. This is true at least for the near future, as the pandemic is still a global problem. Some locals have been popping back up though, but only a limited amount. Physical play will be a no-go for a while, and so this acts as an okay alternative.

The different medium does mean it has some extra cards banned, as they can’t be resolved in the match. Originally, some cards were points of contention as certain regions allowed them.

However, thanks to the new revisions that apply to all places, Remote Dueling should be a lot smoother as you can finally use most of the contentious cards. Cards like Exchange and Jack-In-The-Hand are both potent in their own right.
They were initially discouraged from play thanks to the difficulty of resolving them over the course of a Remote Duel.

Fret not, however, as thanks to new regulations, both of them are fine to use once more. Exchange acts as a niche way to combat certain hand traps, while Jack is a potentially useful consistency card in the right decks.
With that being said, some strategies are definitely losers with this banlist, so how about we dive right in?
You can check out more information here!

SPYs Down and Out!

SPYRAL appears to be the butt of the TCG’s cruel joke. The deck became unplayable when SPYRAL Master Plan met its end around 2020, and the deck has been silent ever since.

Drone was a key piece in the deck time and time again, offering a wide array of utility. There were certain combo lines where you needed Drone to stack their deck in order for Double Helix to work safely.

For example, making use of Foolish Burial Goods to dump Assault. You can then banish the SPYRAL Spell to summon Drone from your hand, stack their cards and go from there! One for One was also a serious power card thanks to how well Quik-Fix and Drone work together.

In early Post-CIBR, Machine Duplication into Drones was also a nifty play that lead to crazy advantage and combos. Now the deck is just a shadow of its former self and is not even playable. In the OCG, it has its pieces together and is a decent sleeper pick.

To add salt to the wound, they decided it was a good idea to reprint Drone as a Super Rare in OTS 13 when the deck was already killed two months beforehand.

And if that’s not bad enough, the site didn’t even bother to spell the card’s name correctly. Perhaps in the near future, we’ll get some justice for SYPRAL.

(A/N: This spelling error is intentional.)

Flower Cardians, as flawed as they are, are a fairly complex and fun strategy that has access to some strong Synchros. However, thanks to Remote banning Peony with Butterfly, the deck is unplayable. This is because PWB is Cardians’ best tuner, and the one that is left is quite poor.

The other option is Flower Cardian Willow with Calligrapher, who is only playable if the original Willow is there. While Willow is arguably the best card in the deck thanks to its ease of use and its effect, you won’t always have access to it. Not only that, but Calligrapher’s effect is also moot as most Cardians cannot be summoned by it.

Because of this, it becomes significantly harder to get through your core Synchro monsters, being Lightshower, Lightflare, and Boardefly. These three in particular have some strong effects that can give certain strategies a run for their money. Target and destruction protection, locking the GY, Spell / Trap negation, and so on.

A sad turn of events for our beloved Hanafuda friends. They’ll have to wait until real-life play appears again to be at their fullest.

Goddess Skuld’s Oracle is infamous for being one of the core combo pieces in Mystic Mine, acting as a way to protect it. This is because Skuld denies your chances of drawing a card that deals with the Mine such as Cosmic Cyclone or Twin Twisters.

Not only that, if it sticks around, it’s extremely hard to clear as they will stack your deck non-stop. After that, they’re free to do what they want with the chosen win condition. Popular options include Final Countdown or Cauldron of the Old Man. The deck suffers a fair amount as a result of the ban.

As for actual Valkyries, it’s sparingly run, as it eventually lets you search Goddess Urd’s Verdict. Oracle to search Guidance, Guidance to search Verdict. However, this leans more on the gimmicky side as playing Verdict most of the time is a lot better than having to run Oracle and Guidance. It also mildly inconveniences the opponent, but the stacking effect isn’t as strong here as it is in Mystic Mine burn decks.

All in all, most people are happy with this change. Mine decks in particular are not very well-liked and are also abusive with the time rules IRL and Remote Duel play uses.

Transmission Gear seems strange, since it would seem easy to play RPS via Discord. The answer lies in the connection lagging. As a result, it becomes quite easy to cheat and farm the correct result; One cool thing to note about it is the eater-like effect, but that’s not worth it. This message is over.

Ancient Telescope is an old card in Starter Deck Kaiba: that doesn’t do anything noteworthy. For some reason it got a Rush counterpart, so hooray? Private Knowledge plays a big part here, not because a card is actually good or not. Senri Eye also falls into the same category.

Spell Vanishing is a lot more interesting, actually having a powerful effect. The problem is needing to discard 2 cards, killing any hope it might’ve had. The deck checking effect is what has it banned pretty much.

Blizzard Warrior is a card from Hidden Arsenal and Duel Terminal. It also is a do-nothing beater with low stats. Looking at the top card of the opponent’s deck without them knowing, again, is a bit of a clunky task.

Dark Scorpion – Chick the Yellow was part of a pretty old and funny OTK paired with Call of the Haunted and Makyura pre-errata.

Parasite Paracide never really did anything TCG-wise but was able to grief some players in Duel Links thanks to the Weevil Skill before it got nerfed. Realistically though, there’s no way to shuffle this card into their Deck.

Contact with the Aquamirror seems cool lore-wise but is a poor card overall.

Destiny Hero – Dominance isn’t a bad card per se, just not usually worth bringing out over the other fusions such as Dystopia or Dangerous.

Diabolos, King of the Abyss is neat, but also nothing to write home about.

That wraps up the update for the Remote Duel Banlist! What did you think of the new additions? Let us know what you think about it down below, and how you feel about this way of dueling in general! 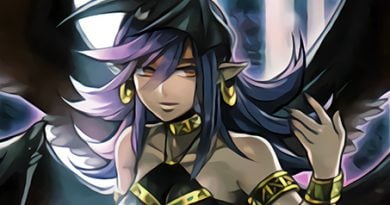 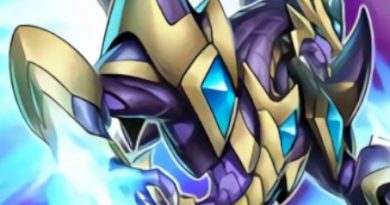 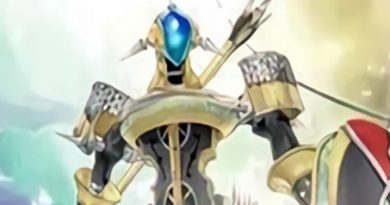