The idea of “playstyles” in Yugioh is that each individual duelist has a certain affinity for how they play the game. Some duelists like to play aggressively, pump out big monsters, and quickly go for game. Others like to sit back, set lots of backrow, and slowly grind their opponents down. These affinities affect what decks duelists are attracted to and enjoy, how they play out their turns, and generally how they view, experience, and interpret the game. Not all players believe in the existence or validity of playstyles, however.

Recently, I’ve been reading a lot of Patrick Hoban’s old Alter Reality articles. Whatever you may think of Hoban, I suggest you check them out- the man knew his Yugioh. A constant theme I’ve noticed, however, is Hoban’s staunch dismissal of the idea of “playstyles” in Yugioh. Hoban was a firm believer that there was no such thing as “aggressive” or “defensive” playstyles. He believed that the only playstyles were correct and incorrect, that the proper play in any given situation was whatever the situation called for, and any other play was incorrect. 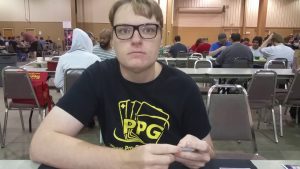 This attitude is similar to that of David Sirlin in his book Playing to Win. A Street Fighter pro, Sirlin likewise believed that there was one correct playstyle, although he acknowledged the existence of others; weaker, perhaps, but still valid. I respect both Sirlin and Hoban for their accomplishments, but I do not think either is quite correct. I do not think that there is a single correct play in every situation; there are hands where there are multiple “correct” plays.

Moreover, I believe that playstyles dictate what the correct play is on an individual basis. The most important thing when playing Yugioh, to me, is to be comfortable with what you’re doing. Going against another of Hoban’s viewpoints, I think that the best deck to take to an event is not necessarily the “best” deck, but whatever deck gives you the best chance to win. If you play a deck you are not fully comfortable with, you will not do as well as a deck that may be slightly weaker in a vacuum but you as an individual can play better.

Let’s look at plays. Salamangreat can provide a good example of a deck with multiple potential opening plays. Pretend you’ve opened with a hand of Lady Debug, Cynet Mining, Salamangreat Foxy, Twin Twisters, and Salamangreat Jack Jaguar. There are multiple ways to play this hand out, most ending on very strong boards assuming no disruption. Which way to play this out is “correct?” I think this is entirely subjective and depends on the individual player. In my opinion, this is emblematic of how differing playstyles can exist in Yugioh. Different players with different styles of play can look at a hand like this, or any other hand in any deck with multiple branching lines of play, and come to an almost infinite number of viable endings. There is no specifically right play a majority of the time. As long as it’s played out to the best of your ability, advances your gamestate, and leaves you in a solid position, it can be the correct play.

It’s worth noting that I am far from the only person to have this view of Hoban’s theories. Sam Pedigo, another former ARG writer and a former YCS champion, wrote an article of his own analyzing much the same topic as Hoban, coming to the opposite conclusion. Pedigo’s opinion was that playstyles did indeed exist in Yugioh, and therefore the idea of a “correct” play is subjective. He does not, however, analyze the effect of playstyles on deck choice. I believe that an individual duelist’s playstyle should affect his or her choice of deck for an event, as playstyle directly relates to comfort, and comfort directly relates to results.

Correct Deck Choices and the Metagame

Now, I’d like to state right now that I’m not advocating for “bad” decks. I like untiered decks as much as the next guy- I’m a Madolche main, after all- but my theory here is grounded in a competitive context, and should be viewed from the same. Non-tiered decks just don’t give you a good chance to win events. That said, I don’t think you necessarily need to play the “best” deck to give yourself the best chance at winning. Rather, you should consider your playstyle heavily when choosing a deck for an event.

What am I saying? I’m saying, in the context of the current meta, (article written before a presumptive April 2019 banlist) there are four Tier 1 deck choices- Salamangreat, Sky Striker, Danger! Thunder Dragon, and Orcust. In a vacuum, one of these decks would be the best choice to take to an event. Does that mean you have to take one of these to win? Of course not! Perhaps you are a control player. You can’t be comfortable running any sort of combo deck; you’re in your element playing a grind game, clamping down on your opponent’s ceiling and flipping trap cards at just the right time. For you, the correct deck to take to an event might be Subterrors. Is Guru Control the best deck right now? Results say no. Is it, potentially, the best choice for you, that gives you the best chance at winning it all? It just might be.

End Phase: Be Yourself

Patrick Hoban is one of the greatest players in Yugioh history. I don’t know my Street Fighter too well, but I’m sure David Sirlin is one of the titans of his game as well. My accomplishments are nothing compared to these two, yet I cannot agree with their analyses. I do not think that there is a single, objectively correct playstyle.

To me, “perfect” play is subjective; the aggressive player may view a hand in a totally different light from the defensive player, but that does not necessarily mean that either view is unviable. Moreover, there is no such thing as an objective best deck; to some players, the decision to play Shaddoll in Nekroz format or Trickstar in SPYRAL format was, for them, the correct choice. Yugioh is a game with thousands of different types of players, each with their own opinions and beliefs. Not all of these are “correct.” But by the same token, more than one of these are. 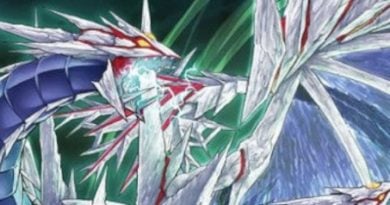 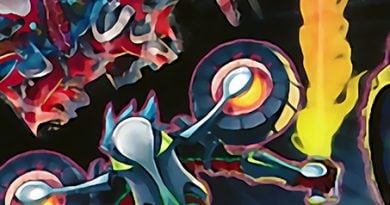 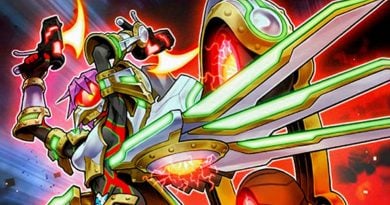 4 thoughts on “Playstyles in Yugioh: Correct Plays and Correct Decks”