OTS 17 recently got fully spoiled and needless to say, it’s a massive disappointment. You can see the summary above, so let’s take a moment to absorb it – then we’ll talk about it.

Let’s get the elephant out of the room. The ultimate rares in this OTS 17 aren’t horrible, but they could’ve definitely been better.

We needed another reprint of Black Luster Soldier – Soldier of Chaos after getting it as a Ghost Rare. But did we really need another expensive printing? Ultimate Rare, seriously? Just make it an Ultra already Konami, please!

Infinite Impermanence – probably the only card widely liked by the competitive community – and for obvious reasons. It’s a handtrap, albeit not quite Ash Blossom, so it’s definitely going to be a chase card.

Boy, oh boy, here we go. Number 39 Utopia. Wow. Just. WOW. This is what we get for the third Ultimate slot? Really? A card so power crept nobody really uses it anymore? In addition to that, it just got relatively recent reprints in the Astral AND Starlight rarity! It’s not like we needed another high-end reprint of this card!

I get it, I get it, Konami needs OTS 17 to appeal to (1) the players (both casual and competitive) and the (2) collectors. But come on, man! We could’ve at least gotten 2 good relevant Ultis and one for the collectors!

The Super Rares are where the cards with meta relevance are usually reprinted. Low supply with current or potential meta presence? Konami’s usually gotchu! OTS 17, however, was dissatisfying even in that department.

There’s been a lot of speculation for a Kwagar Hercules reprint in the OTS. It’s an extremely old card with very little playable copies to go around. That speculation did not materialize, however. Spoiler alert: it’s not in the Commons section either. This is a shame since Beetropers have been making a buzz (heh) and will get even more support in Burst of Destiny. Kwagar as of writing is at around 90$ for TP3 and 400$ for TP1. We could’ve gotten a more accessible copy for everyone but I guess we’ll have to wait.

With all the negativity, let’s look at the (possibly only) bright side of the OTS 17. Scrap Raptor and Resonance Insect. Scrap Raptor is a decent super and so is Resonance Insect. Neither of the decks that use them are tier 1, but at least they’re decent! In addition to these two is Vessel for the Dragon Cycle. This is arguably the best super in the set, which speaks a lot about how horrible it is. It’s for the Tenyi archetype, which could be splashed into the coming Swordsoul archetype.

That’s… pretty much it. I mean I guess all 3 Penguin players were happy?

Yes we’re not even going to talk about the Commons – they’re that bad. I mean they usually are, I guess. Marron is the best card, followed by Dark Simorgh and Yazi.

Anyways, OTS 17 is a huge disaster for the average player. The high-end, max-rarity guys are probably still rejoicing over getting an Ultimate printing for Impermanence but that’s about it.

Now, I’m going to cut Konami some slack. OTS 16 already dealt with Virtual World, Drytron and Tri-Brigade. The new archetypes from BODE aren’t out yet. And finally, the megatins are coming soon, which they also need to sell. To be fair, it was a little difficult to make OTS 17 worth it… but it could’ve definitely been exponentially better than this. Oh well. On to the next, I guess. 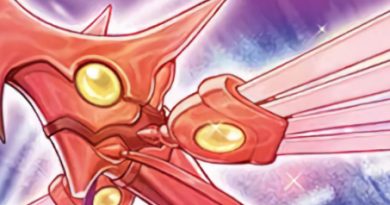 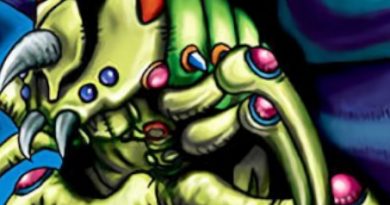 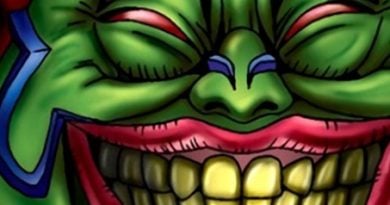