It has been a refreshing experience for me at the Yugioh Open Tournament Singapore 2017 two weeks ago. In one of the pinoeer formats with Link Monsters, I got to witness plenty of techs and admirable card choices. Today, we have a look at the bigger picture of the entire few months and introduce some unique tech options. Even in 2017, Zombie World continues to impact the game.

Pot of Acquisitiveness was one of the first few tech cards of the format. With the semi-limitation of Union Hangar during the start of the format, ABC players were looking to make a return. The release of Destrudo, the Dead Drake of Dread contributed to the popularity of ABC decks. Pot of Acquisitiveness served as an answer to intercept ABC-Dragon Buster‘s dismantling effect. Furthermore, it doubled as a method to recover lost cards, either from ABC-Dragon Buster’s banishing effect or victims of Ghost Reaper & Winter Cherries. Finally, it also keeps Invoked decks in check – salvaging your own banished monsters while preventing the Invoked engine from being recycled successfully.

Together with Artifact Lancea, it competed for a slot in the Side Deck to answer the common decks.

Instant Fusion is one of the more recent tech card that arose with the introduction of Linkuriboh. Traditionally, Instant Fusion has been used to bring out a suitable-leveled Fusion Monster for an Xyz Summon. Now, the ability to Link Summon the Fusion Monster must be factored in, making EARTH and WATER Fusion Monsters more popular in the OCG, due to Missus Radiant and Mistar Boy.

Today, a mini toolbox exist in the form of this Normal Spell Card.

Linkuriboh has a useful effect to protect your monsters from attacks, while synergising with Scapegoat.

Since the dawn of Link Summoning, the introduction of Missus Radiant has made Scapegoat a popular option. With relatively low-cost and acceptable restrictions, Scapegoat provides four tokens for Link Summoning. A dedicated three slots involving a playset of Scaepgoat is capable of enabling up to three Extra Deck monsters on the field, making Link Summoning less of a problem.

Borreload Dragon is another popular Link Monster to pilot, as it can get through plenty of threats and steal the game in the blink of an eye.

With Scapegoat and Thousand-Eyes Restrict in the game again, this feels like a tribute to the traditional 2005 Goat Format. Eater of Millions is another card that gained viability with the introduction of Linkuriboh. With a troublesome restriction, it was tough to get rid off when it is on the field. However, players can now use it for Link Summoning.

Ester of Millions shines best in decks which can afford to sacrifice five Extra Deck monsters. Banishing from the Extra Deck is the most viable and common way to summon it out.

Struggling Battle and Pot of Desires would fuel Eater of Millions’ stats too.

Mind Control worked beautifully for the previous format, stealing common and favourites such as Master Peace, the True Dracoslaying King and Crystal Wing Synchro Dragon. Its popularity continues as more Link Monsters are being released. Decode Talker and Proxy Dragon are commonly placed in Extra Decks if the player can afford to. Both monsters are the few of the easiest-to-summon Link Monsters. Stolen monsters can then be used for Link Summoning. For Invoked decks, a stolen Monster is brought to their side of the field and can thus be used for Fusion Summoning. Invocation would also proceed to banish the monster, instead of sending it to the graveyard. Metaltron XII, the True Dracombatant gained some popularity initially as ambitious players were left in awe with its potential to acheive perfect immunity (Spell, Trap, Monster). It also has the ability to fetch a wide variety of Naturia Exterio,  Barbaroid, the Ultimate Battle Machine and Clear Wing Synchro Dragon.

After a list of cards, I would like to end the article by giving a mention on one of my favourite decks of the format. 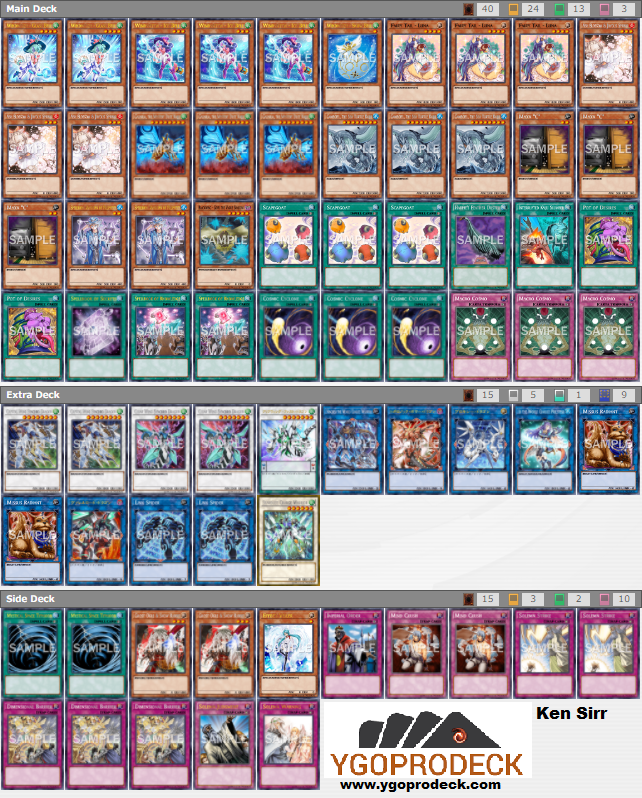 The deck can be modified and expanded upon by adding other engines, such as an Artifact or Ice-Fire hand engine. The focus on Link Monsters can be replaced by an Invoked engine.

The beauty of a tech lies in the surprise factor and its ability to answer meta threats effectively. I hope this article can help players transfer some OCG knowledge into the TCG landscape. The next OCG Forbidden & Limited List is about to be released, but even then we are witnessing a change in the metagame here as the SPYRALs debut. 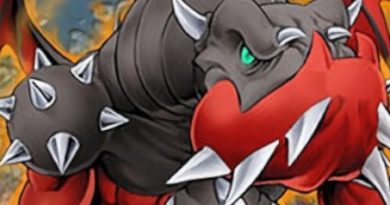 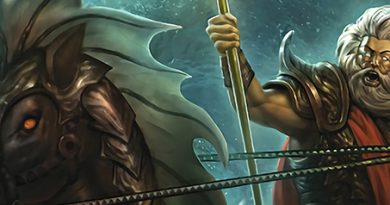 Trinity: Combo under the Limit 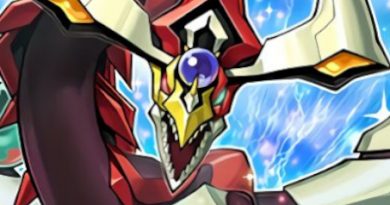