Continuous Traps debuted in LOB and saw widespread usage throughout the game’s history.  From the mighty Imperial Order to the devastating Royal Oppression, most of the good Cont. Traps have always been floodgates.

However, there are a few exceptions to this rule and today we’ll be talking about neat Cont. Traps that don’t necessarily block your opponent from playing the game but are still strong in their own right.

Historic Non-Floodgate: The First to Break the Mold

Call of the Haunted successfully debuted and swiftly got limited in the December 2002 banlist, right after it was put into the game! CotH remained limited for quite some time, staying there up until its banning in 2008.

It continued to see relevant metagame usage in the first half of the game’s history.  The trap got even better as more cards able to exploit its talents got released.

The card’s downsides are present, but some crafty decks and strategies use this to their advantage. For instance, the oldest example involved Sangan and Witch of the Black Forest. If you chained CotH to an effect like MST,  you still got to search! Jinzo also avoided death even if CotH was sent to the GY due to its effect negating traps.

CotH’s splashability and power lead to a lot of tournament results featuring across many decks! After it got unbanned, it stayed strong for a few years. However, its use started to dwindle heavily as the game got faster and better alternatives such as Oasis of Dragon Souls and Back to the Front were released.

Historic Non-Floodgate: The Destroyer of Worlds

The second non-floodgate that followed was none other than Ultimate Offering! Its effect is quite simple, but it was a menace later on as the game’s speed caught up to its power.

You can read more about it here in this article.

With the history out of the way, we’ll now be looking into some promising Continuous Traps that have seen great success (and still do) without utterly shutting an action down. These two decks have seen good competitive results and the cards here are a part of why that is.

Apocalypse of the Truth

True Draco Apocalypse brings a lot to the table, sporting three strong effects. It’s also easily searchable by Dinomight Knight, which was even banned for a time!

TD revolves around making great use of their face-up S/Ts. This gives Apocalypse a lot of mileage. Apoc’s second effect to destroy a TD card not only halved the attack of problematic threats, but it also meant you could pop either spells/traps or monsters if you popped another face-up TD card.

You could also use bring out monsters during the opponent’s turn, using your continuous spells/traps to disrupt them and gain more advantage. This is notable as Ignis Heat, Majesty Maiden, and the aforementioned Dinomight can chain to your opponent’s cards if they were tribute summoned. Going second, setting this, and tribute summoning any of the Dracos was also a nice way to exert pressure and deal with threats, as it’s not very easy to respond to a trap effect in the GY.

All in all, this is one of the strongest archetypal continuous traps for its sheer flexibility and was a big factor in why True Draco was a relevant deck. They’re still decent right now as well, despite hits on the banlist.

Conquistador of the Golden Land is arguably the most used continuous trap in the game as of writing this, representing Eldlich’s hold on the format. Not only is it a strong non-targeting removal card, but it also doubles as a monster.

Additionally, it enables Eldlich the Golden Lord’s effects to a good degree. It can be sent from the hand for the first, from the field for the second.

But the important part is the fact that during the End Phase, Conq can banish itself to set an Eldlixir (except the turn you used its initial effect). This keeps the resource chain fueled for a few turns to overwhelm the opponent. Huaquero and Guardian (occasionally) also perform similarly as a result, but Conq is the best out of the three.

If it sticks around, the body can be used easily for Link plays which also then means you get a card in the EP by banishing itself! The amount of free value the golden lands provide can be quite the hurdle to deal with.

Cursed Eldland also allows an easy way to search this card if necessary, and so do the Eldlixirs! All unused ones in the GY can be banished to directly set Conq or other Golden Lands and get it live.

The strength of the cont trap’s disruptions paired up with Fibrax plays Synchro Eldlich has to offer really makes the deck a force unlike any other in the meta!

We’ll also be taking a look at the ones that can be run in any deck! These two have had some decent stints in competitive play so far and may see more in the future. They’re not terrible options really, just not as popular as their floodgate brethren. Crackdown offers a nifty form of disruption, effectively stealing the opponent’s monster as long as it remains face-up. Changing control always has been a strong effect, seen with the likes of Snatch Steal, Change of Heart, and Brain Control.

However, most of them can only be used during your turn. This trap springs into action and has the power to steal a combo piece and stop your opponent in its tracks. On your turn, you can use it as material however you want!

While the monster may not attack or activate its effects, its continuous effects still apply. Going second, it also pairs well with cards like Solemn Strike to dance around the opponent’s setup. All in all, it’s a pretty decent card and has seen some play in trap-based decks like Altergeist and Paleozoic.

Unending Nightmare is rather specialized in what it can do, but against the right decks it can be a terror to face! It makes use of your LP as a machine gun to mow down face-up Spell / Traps as long as you can keep paying! It’s Once Per Chain, not once per turn, meaning you can put some big pressure on your opponent too.

Unending Nightmare had its biggest showing in 2018 when Pendulum dominated the scene, serving as the ultimate answer. Right now it exists as a dormant but potent side deck option that can also stop floodgates and field spells. It gives even Mine decks something to fear.

Altergeist Protocol and Personal Spoofing are contenders too, providing high impact when present on the field. Fog Blade has gotten some notable stints here and there too due to its ease of access and high utility. It even was a free bonus when Bardiche was around! Dark Smog saw some nice play in both Dark Worlds and Burning Abyss for GY tampering and to trigger their effects.

All of these cards held their ground one way or another and it shows! Join us next time in future retrospectives! 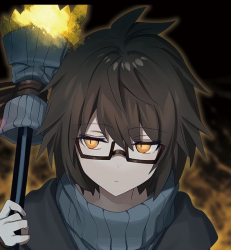 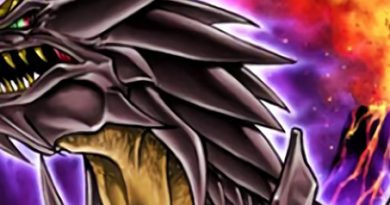 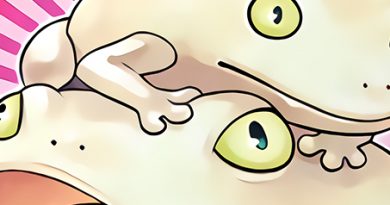 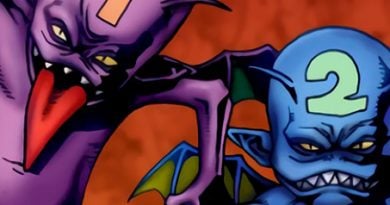