What is Milling? An Introduction

The concept of “milling” is to gradually take bits and pieces of your opponent’s deck and discard them. Through this action, you will edge the opponent towards zero cards in their deck, which is an alternate win condition. Now, winning in such a way is often considered innovative as it is a very gimmicky strategy that has never been polished in Yu-Gi-Oh, but it is also one of the most frustrating things to play against. Often, the Mill player will adopt a stalling strategy to slow the opponent’s aggressions while directly whittling away at their deck, which is not very interactive.

Mill has never triumphed as there are no dedicated strategies, exclusive support for such, and a lack of theme resulting in mismatched consistency. Not only that, the Graveyard serves as an additional resource for many successful archetypes in Yu-Gi-Oh. Milling would only simply accelerate their game plan, and your demise. Mill is terrible, and a horrible experience to play against.

But what if Konami made an archetype completely dedicated to Milling, while patching up every mentioned weakness above? This is Mysterune, my second most hated theme after Altergeist.

“Mysterune” is a collection of quick-play Spell cards dedicated to banishing the top of your opponent’s deck, bypassing the graveyard. Although the card arts depict a first-person perspective POV fighting epic monsters, reality could not be further from the truth. The general idea behind this deck is to shave the top of your opponent’s deck away until zero, very much like long boss battles in MMORPGs. As every card is a Spell card, the pilot can immerse themselves casting rapid skills and magic to damage both the boss enemy (the player) and their minions (their board). The level up in consistency has allowed this deck to pivot away from traditional desperate stalling to a tempo-based build. As each of the spells have an additional milling effect along with their effects, you will eventually run the opponent out of cards after many Mysterune activations.

All quick-plays will contain a wording as such:

Activate 1 of these effects; skip your next Battle Phase after this card resolves.
● [Individual Effect], then you banish the top [1 – 4] cards of their Deck.
● Special Summon 1 “Mysterune” monster from your Extra Deck to the Extra Monster Zone.
You can only activate 1 “[Mysterune Spell Name]” per turn.

And here are the list of Quick-Play Spells available to the theme (there is a lot):

And backed up by another two more Spells:

The general game plan is to constantly deal spells towards every course of action your opponent takes, with an added benefit of banishing cards from their deck. Every time you do this, their deck will slowly edge towards a count of zero. Spring of the Mysterune will help fuel your harassment strategy by letting you draw up to 3 cards! As you deal with each of your opponent’s advances with your spells, Deceit of the Mysterune will accelerate the mill strategy.

Since this form of mill banishes instead of landing cards in the graveyard, it also plays around graveyard reliant strategies most popular with many archetypes. This sort of strategy will potentially remove your opponent’s key cards with enough luck.

An alternative style is to make use of these spells’ other effects to summon Mysterune monsters from the Extra Deck.

Currently, Huginn can only add Spring of the Mysterune, and Muninn adds Deceit of the Mysterune. They both wield unimportant secondary effects, but are key in kickstarting the Mysterune gameplan. Otherwise, they serve as easy-to-summon bodies on the field, reminiscent of Instant Fusion. Players noting the difference have experimented with this deck’s ability to generate additional bodies, using them for summoning fuel into greater beings!

As mentioned earlier, there are two ways to play this deck. Here’s a general rundown.

Your only strategy is to mill, mill, disrupt and mill. Every single one of your Mysterune Spells encourages milling while mildly inconveniencing the opponent with secondary effects. With enough luck, you might banish important pieces from their deck, which could greatly affect their game plan. There isn’t much to talk about for a mill strategy otherwise. This deck heavily relies on Spring of the Mysterune to resupply your hand every turn, in order to push your opponent into the tilt zone.

Reasoning and Monster Gate are cards to fill your grave with Mysterune Spells, so you can constantly rely on the field to draw cards.

When I first started on this article, Auroradon was still legal in the TCG. Regardless of its current ban, I still wanted to talk about this.

This deck makes use of the second part of every Mysterune spell to summon another monster. Pair that with a Tuner, and you can easily summon Halqifibrax into Auroradon. Auroradon is notorious for birthing many degenerate combos, but this particular build with Old Entity Chthugua and T.G. Hyper Librarian allows you to draw into the rest of your Mysterune spells. Your usual endboard will consist of a few negations like Baronne and Borreload Savage Dragon, and your hand would be stacked with many Mysterune Spells ready to fire off. Or if your Auroradon combo gets interrupted, you can easily switch to just firing spells. This deck provides two alternative game plans that is difficult to deal with together.

If you are dealing with pure Mysterune, it is a race to see whether your key pieces get banished first or you outspeed the opponent. Aggression is key, but be wary of the techs they may include to stall you: they will always have a trick.

If you are dealing with a Monster variant of Mysterune (like Mysterune Auroradon), you should prioritize shutting off that portion, as it will often develop into something nasty. In theory, having both spells and strong monster boards to rely on at any point is very strong, but in reality, you can expect them to brick somewhere if they are unlucky enough. But do not forget: this is also a race to see if your key pieces get banished, or you out-aggro them.

Although cards like Lancea may seem tempting, forget about it. Target down their Spring of the Mysterune with spell/trap removals, or deny their draws with Ash and Belle, and they will eventually be out-resourced.

Mysterune is not exactly one of my favorite archetype designs from the game. This deck promotes a toxic strategy just by existing, and has given it flavor and consistency. However we make do with everything.

Mysterune wonderfully reflects the experience of a FPS POV experience of beating down a giant boss. I am extremely impressed at how Konami are designing these Deck Build archetypes (even if this is mill). Along with Labyrinth and Valiants, Tactical Masters has shaped up to be a very wonderful set to play with. Both of these archetypes have also appeared in several top cuts in Asia!

But alas, no one will enjoy facing a Mysterune player. Is this archetype truly a mistake? To me it is. To you? Maybe it is time to dust off that Metaphys deck after all. 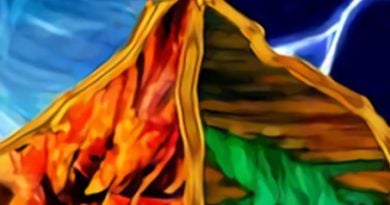 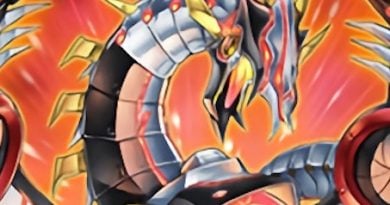 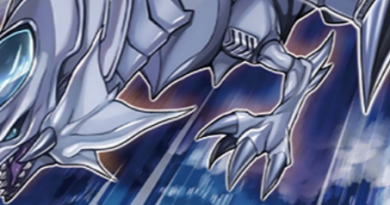 5 thoughts on “Mysterune is a Mistake!”