What Does It Mean To Be DARK

Dark monsters are thematically tied close to death, the unknown, and mysticism. They lurk in the shadows to deceive the good natured man. They whisper eldritch incantations to bring terrible monsters into our realm. Dark monsters often relish in being evil, boasting huge grins as they commit atrocities. However, performing terrible acts has a tendency to come at a terrible cost, and the dark monsters reflect that with dangerous drawbacks or high activation requirements. But this attraction to the forbidden has also led many dark monsters onto the Forbidden and Limited List.

What has led so many dark monsters onto the banlist? I would argue that it is this theme we see in the DARK attribute. A lot of dark monsters are designed to have a significant downside. Whether this is being hard to activate or eating a lot of resources, this has often led to very powerful cards. Cards like Magical Scientist and Infernity Archfiend are balanced around a downside. But both of these cards just proved to powerful when combined with other cards that either help set up the conditions or mitigate the downside. Magical Scientist was part of the game’s very first FTK, with Catapult Turtle and an extra deck packed with worthless fusions leading to a bombardment of Roaring Ocean Snakes. Infernity Archfiend has the other kind of drawback, a condition. His condition is simple, special summon him with an empty hand. It is important to not fall into a pitfall when evaluating this card. It would be easy to just say “Oh, my hand is usually not empty” and move on. But instead you can ask the question “How do I ensure my hand is always empty?”. Infernity accomplished this with cards like Dark Grepher and playing a lot of spells and traps that they could simply set while doing their plays. This has led to multiple different Infernity variants seeing variable levels of play across several years despite having multiple cards put on the banlist or unavailable in that region.

Two things are certain in this world: death and powercreep. But as the game has crept up in power, more and more archetypes have graveyard related effects. However, the undisputed duke of dying has always been dark monsters. A lot of the early meta floating heavy archetypes were dark. Examples include Shaddoll and Burning Abyss. These rather extreme examples have a maindeck where every single monster has an effect when sent to the graveyard. These effects obviously vary in quality from the rather… 2004 design of Shaddoll Hound to the heavily pushed Cir, Malebranche of the Burning Abyss.

Effects in the graveyard can be quite powerful as sometimes it can let a monster give you its value twice. If the main “body” of the monster was just going to be used as fodder for an extra deck summon, you are going “plus” in card advantage. They are also going to be more readily available for you to interact with. This part of the dark identity has received some very powerful support such as Armageddon Knight, easily one of the strongest cards in the current metagame. All of this comes together to make another powerful identity.

You remember how I mentioned the monsters being available to you in grave? Well here is one the things we can do with them. Revival and coming back from the dead is another big part of the dark identity. We see this in a very literal sense with cards like Plaguespreader Zombie which effortlessly brings itself back from the dead. Zombie Master brings back all his friends and Supreme King Dragon Darkwurm will not stop coming if he’s used for Xyz material. In a more roundabout sense, we have a wide variety of archetypes that focus on sort of a cycle of rebirth. Phantom Knights, for example, search each other out and then get spells and traps that revive the monsters. Orcusts drag each other out to make extra deck monsters that recycle them and do it all over again.

Where this starts to break down is with loops and huge setups. Cards having effects when sent or brought back to the graveyard makes reanimation a problematic theme to design around. Currently an FTK deck featuring Grapha, Dragon Lord of the Darkworld is abusing his ability to special summon himself from the grave alongside Firewall Dragon in order to have infinite fodder for Cannon Soldier. Now, part of that is just Firewall, but we have seen similar strategies before. Effects that enable you to gain either an infinite amount of a resource or near enough that the main limit on your end board or burn damage is slots in the extra deck or zones on the field are a serious design problem. Infernity has a load of these effects as well with both Infernity Necromancer and Infernity Launcher enabling huge end boards and multiple FTKs.

Dark has an identity with a lot of very powerful mechanics. This has sadly led to powercreep causing other attributes to encroach on this identity. It is very possible that Gouki would have been dark5 years ago. But now it is made as an earth archetype for whatever reason (its probably because someone likes wrestling). Further dark support will probably have to focus more on the niche that dark still holds. Cards like the Beginning of the End with harder to reach conditions and self contained engines like Burning Abyss and Orcust. 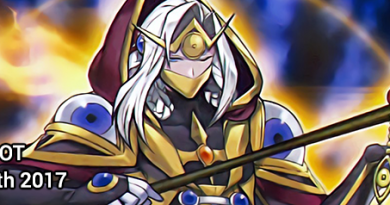 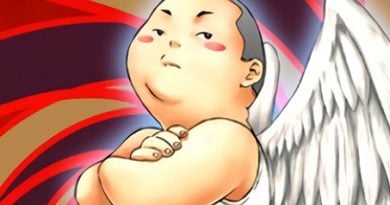