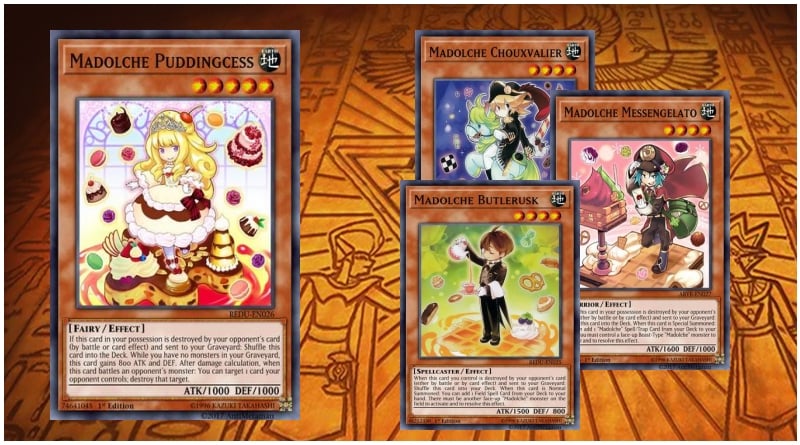 So basically this is my first serious deck that I first started using in simulators that I actually won games with. It's basically pure Madolche with a LOT of stupid garbage tech cards. I'm going to go one by one with every stupid card I filled my deck with.

Puddingcess at 1: Basically just a combo piece for Puddingcessour, or maybe a early game combo with Mewfuille if both are drawn. However, tributes get really bricky really fast in this deck, so running more than 1 is not recommended.

Messengelato at 3: Jesus in card form. If you have Hootcake or Mewfuille on the field, he farts out the field spell, Ticket, or Palooza for free. Really nice. Also rank 4 plays.

Butlerusk at 1: He's Madolche Terraforming. Chateau is so good that it's totally worth sacrificing a normal summon. Also, R A N K  4

Puddingcessour at 3: This. Fucking. Card. Its so good. Your grave should never have anything in it, so it's two free monsters with its effect, one of them being freely searched from the deck. If you want a spell, Hootcake. If you want Tiaramisu, or Dreadnaught Dreadnoid, or Chocolat-A-La-Mode, you have a Puddingcess. There are other options I'm sure, but these are what I've done so far. This is the best thing in this deck and running any less than 3 is a stupid idiot decision. I would run 5 if I could.

Mageiline at 3: Its free searching at the cost of a normal summon. Run 3.

Anjelly at 3: Its free searching and summoning at the cost of a tribute. Run 3.

Hootcake at 2: Anjelly but it banishes stuff. Also beast-type, so combos with Messengelato. I only run 2 because its kinda cloggy for the early duel.

Mewfuille at 1: It's a slower Puddingcessour. There are more in the extra deck if you want more, and it does combo with Messengelato, but it's not a favorite of mine.

Ash Blossom at 2: Hand traps. That is all.

Fang of Critias: Now, this is the moment you start questioning my sobriety, sanity and/or what profile you're reading. "Why is there a random dragon support card in here?" I hear you cry. Well, its a free unga-bunga beater with Mirror Force, and there are 3 Mirror Forces here.

Raigeki: Field nuke. Useful for opening up the board and I like me some nukes.

Desires at 2: Plus 2. You may say there are a lot of 1 ofs in the deck. Well, that's why there's only 2. Just don't use it before you get the field spell up because you really want it.

Double Summon at 3: Basically I run this because I'm stupid and don't understand Brilliant Fusion. I assume it works as well, but then you might have to remove tech cards and that's the point of this deck.

Terraforming at 1: Basically Butlerusk but it's backrow. You could swap one for the other depending on what you like.

Madolche Ticket at 2: This card is a win more card. If you have Tiaramisu on the field and this on the field, you basically played Exodia and won. GG. But it's dead in the hand if you don't have the tools to play it.

Chateau at 3: I run 3 of these, yet I never find it in my hand when I draw. Always have to search it. It's an amazing boost and great recovery from a sweep. I could run half my deck with this card. I love it so much. See, Konami. This is a man's field spell. Not this Neo Space, Kyoto Waterfront looking asses. This is peak preformance.

Evenly Matched at 2: It's new age early game Mirror Force. Why it isn't limited, I am unaware. But if you bricked and have this, it doesn't let anyone have fun.

Madolchepalooza at 1: It's a somewhat useful protection on Battle Phase, and you can just fart out just all the monsters any time.

Number 27: Dreadnaught Dreadnoid at 2, Super Dreadnaught Railcannon Gustav MAX at 1, and Number 81: Super Dreadnaught Railcannon Superior Dora at 1: I know, this extra deck looks funky to you so far. But trust me, the Rank 4 boat works as a tech. If you don't have Chateau up, farting out a boat instead of Tiaramisu is more optimal, due to equal ATK and the ability to get a Superior Dora or Gustav MAX out soon after, depending on what you like. I personally like Gustav but both have come in clutch. Sometimes, having 2 cute anime dolls fuse into a boat instead of the physical embodiment of smug is more optimal.

Queen Tiaramisu at 3: The physical embodiment of smug. She has multiple non-target, non-destruction removal, twice per life. She doesn't have the signature Madolche mill effect, but she shouldn't be dying so who cares.

Puddingcess Chocolat-a-la-Mode at 1: She's an option if you want more attack on Tiaramisu, and thats it really. Her effects are good but I like Tiaramisu more. You can run more if you like.

Firewall Dragon at 1: It's the best Link and I'm a meta sheep so yeah. It's good. Trust me.

Knightmare Phoenix at 2: It's like Tiaramisu but a easier. Easier to summon, easier to interrupt, and easier to play around. Useful quite often.

Mewfuille at 2: If I want more swarming, I replace Desires with Cats. This card is good, but kinda bland imo. Run it all you want.

Pot of Benevolence at 1: It's a plus sometimes. Also you can be nice and help your opponent win if you're losing and bricking super hard. Overall just a positive vibe.

Dark Hole at 1: It's Evenly Matched but old and for everyone. If I can't have fun, no one can.

Burial from a Different Dimension at 1: A tech card with Hookcake. It's a lot more viable and useful then you think.

Madolche Lesson at 1: It can do stuff. It's just kinda bricky. If you are confident in your Mewfuille/Messengelato combo, then run it if you wanna win more.

Floodgate Trap Hole: Wow there's a lot of stun cards. It's almost like this guy plays Altergeists too. What the heck? Yeah this card it funny because it basically just makes a card take up space, completely unusable.

Solemn Strike at 2: Wow more stun. Strike is always good, but the Solemns are all preference. Unless you play Wish. Then you and I need to negotiate a restraining order.

There isn't necessarily one. It's more of a mindset. A mindset that requires a lot of sleep deprivation and/or alcohol to understand. It's a simple idea. You win. But how? It's all up to you, and the cards. Between Tiaramisu, Chocolat-A-La-Mode, the Dreadnaughts, MFD, and all those links, you have a lot of power. With Mirror Force, Solemn Strike, Ash Blossom, etc, you have a lot of removal and stun. With Mageline, Messengelato, Puddingcessour, Anjelly, etc... you have a lot of consistency. It's a versatile deck, and the perfect drunk deck. You can play it how you want, and you're still not wrong! Stylish, safe, stupid. It's like Captain Falcon in Smash Bros.
(Note: I have obviously only played this on simulator. I have no idea how it works irl.)

Moral of the story? Release Puddingcessour in the US please I wanna say I play a tier 1 deck. 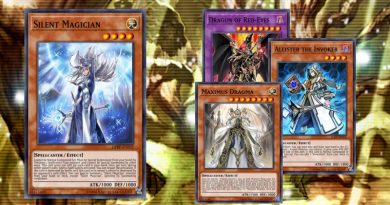 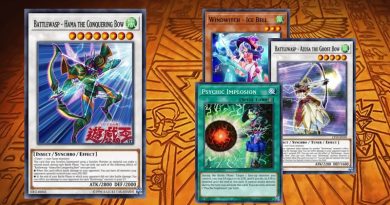 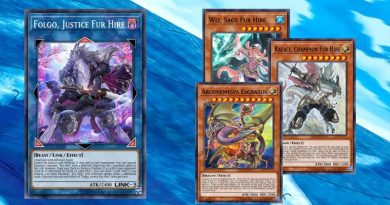