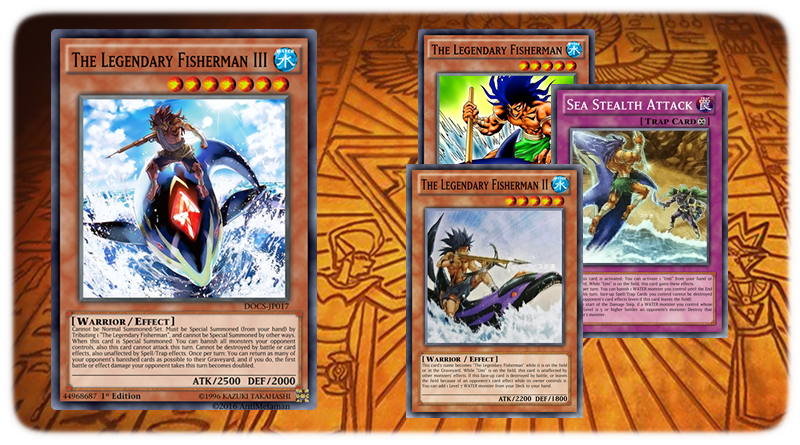 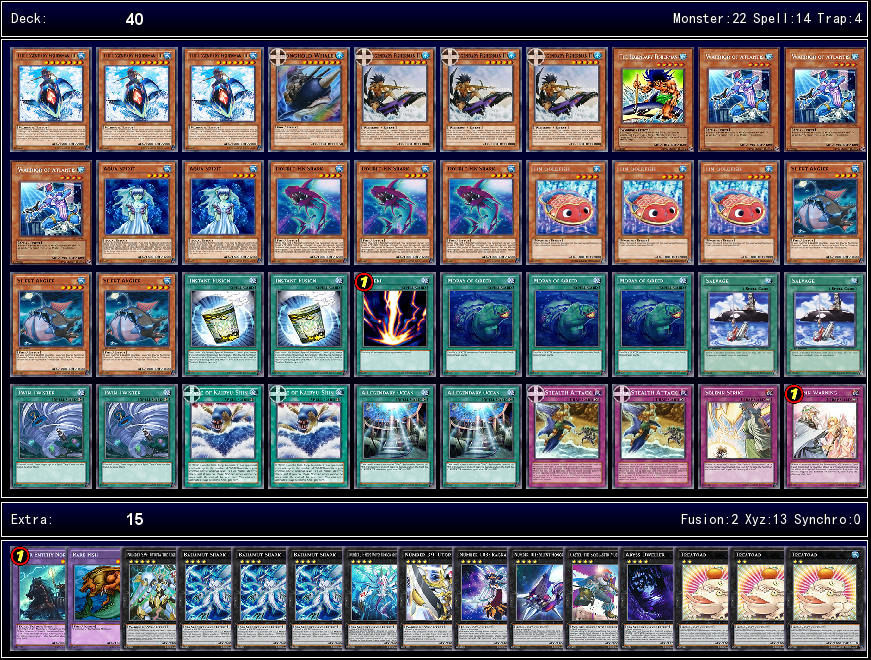 Newly updated Legendary Fisherman III deck to include the new 2017 support cards.
This deck revolves around Rank 4 XYZ summons first and foremost, mainly Bahamut Shark which will then lead into a free Toadally Awesome summon. Toadally Awesome will then be used to lock the opponent out of the duel while you slowly beat them down.
The main win strategy is to get Bahamut Shark/Toadally Awesome on the field with this deck (even multiple copies) but the main issue resides in the strength of the cards. The highest ATK in the deck is 2600 which can be an issue. The ideal situation is to prevent your opponent from getting high ATK monsters on the field in the first place. To overcome this shotcoming, I’ve tech’d in the Utopia cards to overcome powerful monsters such as Blue-Eyes Chaos MAX Dragon.

One helpful XYZ is Number 37: Hope Woven Dragon Spider Shark which can lower the ATK of all your opponents monsters by 1000 which can get you out of a sticky situation.

And remember, if you have a choice of 3 level 4 monsters to XYZ, make sure to not use the “Aqua” type monster as it can then be used for Toadally Awesome’s effect (otherwise you have to use Toadally Awesome itself to resolve the effect).

The new support enhances the core strength of the deck. Legendary Fisherman II is a massive power-creep of the original Legendary Fisherman card. Mixed with a Legendary Ocean, it is a free normal summon that has 2400 ATK and is immune to other monster effects, not too shabby.

Rage of Kairyu-Shin in particular is a nice addition, allowing you further destruction once you have your powerful WATER based monsters on the field, being a quick-play card is a huge bonus. 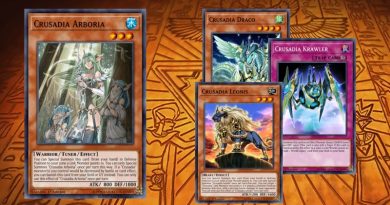 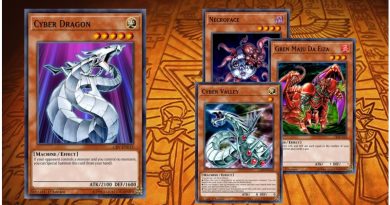 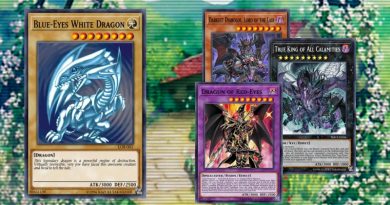