Legacy of the Duelist

Yu-Gi-Oh! Legacy of the Duelist was a modern Yu-Gi-Oh! Game that played by Master Rule 3. It released in 2015 on the Xbox One and PS4 and subsequently got ported to PC in 2016. It consisted of multiple Anime duels ranging from the original Yu-Gi-Oh! anime to Arc-V and contained roughly 7000 cards. It had various multiplayer modes such as ranked and unranked duels and a battle draft mode. The game also features an extensive tutorial for those who are returning to the game after a long absence.

Link Evolution is the updated version of Legacy of the Duelist. It released on April 2019 in Japan and is set to release during August 20th worldwide. The new title is played using Master Rule 4. It contains all Anime duels from Legacy of the Duelist including some new VRAINS duels. It also now contains over 9000 cards.

Link Evolution has received a massive card update on 24th March 2020.
This update is free on the Nintendo Switch and is being released as a new product on PS4, Xbox One and PC.

The update includes the following:

The official trailer for this new update can be seen here:

Each pack costs 400 DP with the exception of Grandpa Muto (1st Booster Pack from the original Yu-Gi-Oh!) whose pack costs 200 DP.

You can use the DP to purchase “Booster Packs” in the game store. Each Booster Pack contains 10 cards with 1 of them being rare. You can acquire 3 of each card, but you can still pull meaningless duplicates if you already have 3 of a card. This can make acquiring 3 of a rare card a relatively tedious process.

You can track how many cards you have in each pack by the number tracker under the pack. For example, I have 312 out of 314 cards from the Mai pack. The number under that shows how many complete playsets you have from that pack.

You can also win cards from Duelists by playing against them in a Duel. You can acquire a card from both winning or losing, with winning increasing the amount of cards you receive.

Credit to ItsBradazHD for his excellent breakdown video on this:

Updated video from ItsBradazHD showcasing the new cards from the 24th March 2020 update:

Here are some select best cards from specific booster packs. To view a full-list, see our complete Card Lookup page.

If you lose the rock/paper/scissors against The Gore, the AI will often choose to go second against you. You can then immediately surrender the duel to gain roughly 900 DP. You can repeat this process to gain a huge amount of DP quickly.

Alternatively, I find a powerful and fast deck a good way of quickly beating the main campaign for each arc. I built a Blue-Eyes Chaos Max Dragon deck that can almost always summon Chaos Max Dragon on Turn 1. This allows me to often finish Duels by Turn 2/3. In some cases, your opponent will summon a monster with 0 DEF in face-down defense position. You can then attack into it with Chaos MAX Dragon to immediately win the duel. You can acquire all the necessary Blue-Eyes cards from the Seto Kaiba Booster Pack. You can find the our Deck Builder version of the below Chaos-Max Dragon deck here.

Here is also a user generated Blue-Eyes Chaos MAX Dragon deck which could be copied:

You can manually stop the constant card response notifications by holding “B”on your controller. This will skip all card response prompts.

You can also change how this system works in the settings menu of the game. You can change it to Default, Pro, or Simple. Simple will let the computer decide when it should prompt you. Pro will skip all prompts unless you manually press A (at the correct time) to respond.

We have a card lookup guide (data courtesy of https://thecardhub.net/) that you can use to look up a card and find out how to acquire it.

The Card Lookup Guide can be found here: https://db.ygoprodeck.com/lod/

A new Link Evolution update releases World Wide on 24th March 2020. We will update our article accordingly for this update.

Creator of YGOPRODeck. My favorite attribute is WATER and my favorite archetype is “Legendary Fisherman”. Always trying to make a competitive WATER deck! 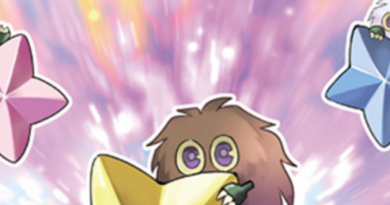 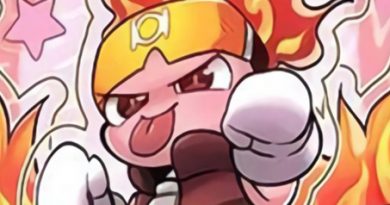 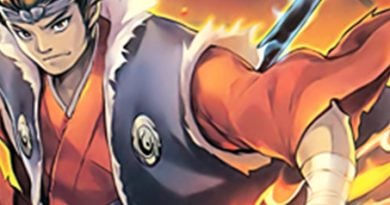