Randomizing your Deck – shuffling it – serves to make the order of your cards in it unpredictable to both players. It is a core element of card games. Still, I see a surprising number of misconceptions about it floating around, even among veteran players. So, let’s talk about that.

In section 1, I will go over what proper randomization is; what results it produces, and how you’ll sometimes brick. In section 2, I talk about ways you can brick less. In section 3, I wrap up and re-state the most important points.

After you randomize your Deck, the order of the cards in it should be unknown to both players. To do this, randomization has to achieve two goals. First, it must make sure neither player can predict the position of any card in your Deck. Second, it has to position any given card independently of where the other cards end up.

What does this mean? First, after shuffling, you won’t know what the top card of your Deck is. Second, once you draw the top card and look at it, you still won’t know what the next card will – or won’t – be. This may seem obvious when spelled out. Yet, it pays to dwell on the implications. Assume you are playing three copies of Ash Blossom & Joyous Spring in your 40-card Deck. You randomize this Deck, and draw the top card from it. It’s Ash Blossom! Now, what about the next card in our well-randomized Deck? Could it be another Ash Blossom, when we shuffled properly?

How do I brick less?

Show up to the tournament with a different Deck. There is no other way.

As outlined above, a properly randomized Deck will be random. It won’t be perfectly distributed. Having your Deck always alternate between giving you engine cards and generics is the opposite of randomness. Sometimes, you’re going to draw unplayable hands. That’s the nature of a card game.

Now, some players will confidently tell you that that’s not quite true. If you pre-arrange your Deck in just the right arcane pattern, they’ll tell you, you’ll brick less. They’ll call it “de-clumping,” or “mana-weaving,” or “pile sorting,” or even “making it more random.” But aren’t I cheating?, you may ask them. “Don’t worry,” they’ll exclaim, “as long as you shuffle properly afterwards, it’s fine.”

If I’m a Judge staffing your (hypothetical) event, and you do this, there’s exactly two possible results.

Possibility one, you are shuffling properly. In this case, your pre-arranging did absolutely nothing. After you randomize your Deck, no trace of the original pattern remains – remember, that’s what randomization is. Your trick didn’t work. All you did is waste everyone’s time. This is the more benign of the two results.

Possibility two, you aren’t shuffling properly. Some traces of your arrangement remain afterwards, and you end up drawing fewer duplicates. Your trick worked. You’re more likely to draw a good hand than you’re supposed to be. Re-read that sentence – we’ve got a name for that. It’s called “stacking your Deck.” If it works, you’re cheating, plain and simple. The penalty for UC – Cheating is Disqualification from the event.

A properly randomized Deck will not always be evenly distributed. If your Deck is always evenly distributed, you’re not shuffling it properly. If you’re doing this intentionally, it’s UC – Cheating, and the penalty is Disqualification. When a Judge notices you re-arranging your Deck before shuffling, you will be asked questions. There are no good answers.

Starting with a randomized Deck is an integral part of Yu-Gi-Oh!, just as with most card games. Sometimes, you will draw brick hands. Sometimes, your opponent will. The way to address this is to build your Deck differently, or to deal with it. The way to address this is not to “shuffle” your Deck in a way that makes you brick less – that’s Cheating, and will get you disqualified sooner or later. 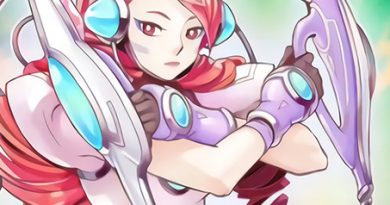 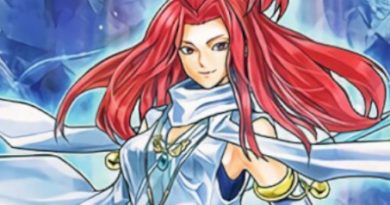 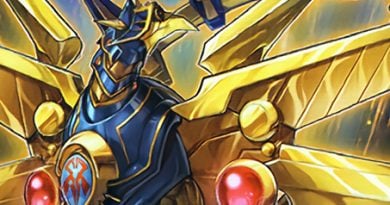