In Yu-Gi-Oh!, often times, things will go wrong. A player sets up their dominoes, yet when they go to knock them over, their opponent snatches one of them away. In situations such as these, Problem-Solving Card Text (PSCT) is an invaluable tool. Its various constructs allow players to figure out how a given effect will resolve, even if the circumstances on the table have changed since that effect was activated.

For the most part, PSCT does its job quite well. Following its conjunctions, and resolving effects “as much as possible”, forms a cornerstone of understanding modern Yu-Gi-Oh!. However, cards are complex, and there are some intricacies that may appear to contradict a naive reading. Today, I’m going to offer my point of view on some of them, by using Nadir Servant, the omnipresent Dogmatika support card, as a poster child.

Nadir Servant’s latest printing, as of this writing, reads as follows:

Send 1 monster from your Extra Deck to the GY, then add 1 “Dogmatika” monster or “Fallen of Albaz” from your Deck or GY to your hand, that has ATK less than or equal to that sent monster in the GY, also, for the rest of this turn after this card resolves, you cannot Special Summon monsters from the Extra Deck. You can only activate 1 “Nadir Servant” per turn.

Breaking the card’s effect down into its components, we arrive at:

For the purposes of this piece, I will only focus on the first three bullets. First, send a monster from your Extra Deck to the Graveyard. If you successfully did so, strictly afterwards, add an appropriate monster from your Deck or Graveyard to your hand. Straightforward enough, right?

In the given situation, you do not have Fallen of Albaz or a “Dogmatika” monster in your Deck or Graveyard when Nadir Servant resolves.
In this case, you will not send 1 monster from your Extra Deck to the Graveyard. (Even in that case, you cannot Special Summon from the Extra Deck for the rest of this turn after this card resolves.)

Yet, the Q&A tells us that, if we no longer have a card to add to our hand, we will not send any card from the Extra Deck to the Graveyard. How can that be? Was Nadir Servant mistranslated?

No, Nadir Servant Was Not Mistranslated

I will outline an alternate theory below. I argue that Nadir Servant’s functionality in the TCG should match that in the OCG, and that the particularity captured by the Q&A entry above is consistent across multiple cards.

First, let us begin by re-examining what Nadir Servant can do, starting with the obvious. There is a Dogmatika Ecclesia (1500 ATK) in your Main Deck. You can resolve Nadir Servant, send Elder Entity N’tss (2500 ATK) to the Graveyard, then add Ecclesia to your hand. This much is a given.

Now, let us tweak the scenario a little bit. You are resolving Nadir Servant, and there is only a Dogmatika Ecclesia (1500 ATK) in your Main Deck. Are you allowed to send Herald of the Arc Light (600 ATK) to the Graveyard, then fail to add any monster to your hand? Most players and judges that I’ve posed this question to asserted a gut feeling that you couldn’t. Adding a “Dogmatika” card (or “Fallen of Albaz”) to your hand is a mandatory portion of that effect. Sending a monster that wouldn’t allow you to add a card feels wrong.

Accepting this gut feeling as being based in some kernel of truth, let’s quantify it. You cannot choose any card to send with Nadir Servant, unless that card results in some valid choice of card to add to your hand. Keeping this in mind, what then happens if there are no appropriate in your hand or GY, as in the situation of Q&A #8342 above? Well, none of the cards in your Extra Deck give you a valid choice of card to add to your hand. You cannot send any card from your Extra Deck to the GY. In this light, the answer suddenly makes sense.

What About Other Cards?

Now, let us have a look at some other cards that fit this model.

Then, also on this list, Dinosaurs’ billion-dollar sweetheart, Animadorned Archosaur. First, choose a Dinosaur to destroy. Then, depending on the destroyed Dinosaur’s Level, choose a card to add to your hand. Nothing you can add, for example because Mistake was chained? You shouldn’t get to destroy anything, either. I will note that this one doesn’t have an associated Q&A entry.

Now that I have hopefully convinced you that this model is something worth considering, a few words of caution before you go applying it to everything, even things it does not apply to.

First: the two choices have to actually impact each other. If they don’t, none of the above applies. If the target of your Omni Dragon Brotaur‘s effect no longer exists face-up, even though you do not have any monsters in your Deck that can be added, you still discard a card. The choice of card to discard has no impact on the possible cards you can add.

Second: the two choices have to happen at resolution. You do not suddenly un-do a choice that you’ve already made, just because that choice would no longer be valid. Consider, for example, Crystron Quan’s sibling, Crystron Citree. Citree’s effect is almost identical to Quan’s, with one important difference – Citree’s effect has you target the monster in your GY that you’d like to Summon.

Here, the choice of monster to Summon is not made at resolution. Instead, it has already been made when activating Citree’s effect. As a result, even if Citree no longer exists face-up on the field and Synchro Summoning is thus impossible, you still Special Summon the targeted monster. (In particular, contrast this Q&A with the Q&A on Quan, from earlier.)

Third: I am currently not comfortable extending this theory to effects where the two choices are made by different players. Exceedingly few cards have this kind of behavior, making it hard to draw conclusions. Some cards, such as Topologic Gumblar Dragon, that would let you draw parallels to Nadir Servant, have Q&As to the contrary.

In Section 1, I break down Nadir Servant‘s text into its PSCT components. I then point out Q&A #8342, which appears to contradict its text at first glance. In Section 2, I argue that a naive interpretation of Nadir Servant’s PSCT may be insufficient. I introduce a theory that explains Nadir Servant’s documented behavior in the OCG. To do this, I take a general gut feeling that a choice that leaves you with no cards to add shouldn’t be allowed, and extend it to its logical conclusion. I argue that this should also apply to the TCG.

In Section 3, I list other cards that share the basic structure of interconnected choices that the Nadir theory rests on. Out of the five cards listed, four have Q&A entries testing the theory, all of which agree with it. Finally, in Section 4, I attempt to pre-empt some potential misconceptions, by mentioning some cases that don’t share Nadir’s behavior.

Finally, it’s important to me that I spell an omnipresent assumption out explicitly. I am not here to tell you this is why things are. I have laid out a theory; an explanation that makes sense to me. It is not gospel truth, for that is not something I – nor anyone else outside Konami R&D – can give you. This opinion piece is not a bludgeon to hit people over the head with. Please do not use it as such. 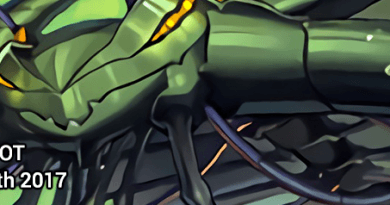 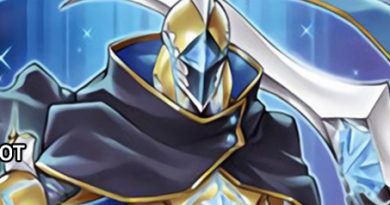 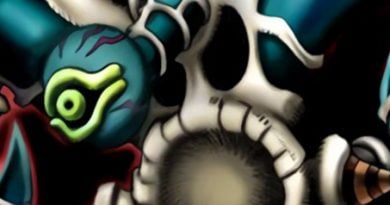