On the 24th of February, after a certain disputable Denko Sekka was played in a TCG Remote Duel Invitational, my friends and I were bantering about the flaws within Remote Dueling when a certain picture was put up on Facebook.

This was an open invitation by Konami Asia to challenge all Asian players (except Japan) to connect internationally and challenge each other! It would also highlight strong players amongst the Asian Region.
This would be the first of such an event, and it was extremely ambitious in my opinion. How would this event turn out, and how different is it to real events? Unfortunately, I love Yu-Gi-Oh too much, so I took to attempting a few tries. Then I wrote about it.

This is a summary of my experience of Remote Dueling for the first time.
There are a lot of pictures too!

In order to participate in this specific Remote Duel, a player had to purchase at least 10 Booster Packs in order to receive a scratch card. Coming in 6 different cute designs, you could reveal a code at the back for a unique code as your entry to participate.

The whole event is meant for Discord, so a code for a Discord account. This meant that for multiple codes, you could simply just create multiple Discord accounts to play. This was strongly encouraged, but forcing scripted games against each other for the purposes of earning prizes were not. I would talk about the restrictions, but I will not against my better judgment.

Aside from the codes, an introductory video by SasugaColin of BeyondTheDuel was produced to help struggling players learn how to participate. And in my country, they gave out free phone stands out along with codes in order to encourage Duelists to participate. Several Lucky Draws were introduced with the simple condition of showing proof of yourself participating happily in a remote duel.

Alongside all these, an invite was sent to four very influential Asian Duelists to stream their Remote Duels! This line-up consisted of Milton Chua (2017 Worlds 2nd), FishtankZai (2017 Worlds Rep), Huang Shin-En (2013 Worlds Rep) and of course, the renowned Wang Chia Ching. (2018 Worlds Champion)
If you enjoyed getting a good spanking for many to view, this event would be a great way to do so!

All in all, it was a very valiant effort to encourage many to play. And so I did! I got myself a few codes, and keyed my first account in.

But not before preparing my set-up!

Remote Dueling, unlike other forms of dueling, probably requires the most amount of resources to individually prepare. They are:

Thankfully, I have had a stable internet connection, and I was gifted a free camera stand upon purchasing my scratch card (with all due respect to Mint TCG). Now, I only had to fuse all these elements together to create a decent set-up. SO although it might not be the best, this is the solution I came up with:

An alternative choice would be to link up your phone and camera through DroidCam, a popular service that many of us are using for this specific event. If you have any suggestions for the best possible Remote Dueling Set-Up, PLEASE comment below! I would love to hear it.

And of course, my deck of choice:

There are 3 whole Maxx “C”s in the deck. I hope to destroy every single combo decks with that singular card.

Other then that, Dragonmaids have seen quite the success in the OCG, and has a decent chance against many varieties of decks in the pie chart now. And of course, I wanted an excuse to play Dragonmaids.

So, let’s get right into the action!

Playmaker, into the… Discord Server!

Now, after verifying my credentials to the helpful Remote Duel Battle Royal Bot, I was ready to duel! The Discord Server consisted of Judges around Asia, constantly spectating various matches to catch potential cheating, and Duelists. Duelists had to either clock 5 wins or 3 losses, in which they would immediately be disqualified from playing anymore in the Battle Royal itself. This is due to having 5 wins would grant you a Playmat, while having 3 complete games would award the player Sleeves. There was no need to play further afterwards, so such a restriction would be imposed.

By simply typing a command into the channel, I could choose to queue against a random opponent, anywhere from Asia. (excluding Japan)
I could also play freely in another “Free Duel” section, which allowed duelists to simply play without worrying about scores or results.

And thus, I also went straight in, and looked for a duel.

A Game Behind Screens

My very first game was against a local player I knew. The player was extremely friendly and was patient enough for me to get adjusted to the brand-new standards, before we begun.

Although my Phone was not the most ideal for Remote Dueling, I was still able to make out both my opponent and my board. My opponent went first, and I drew a fresh hand of five as shown.

My opponent went first, sighed at his hand after a successful Pot of Desires, and ended the turn after setting two cards. I assumed the turn, and resolved Pot of Extravagance, banishing all my Dragonmaid Sheous and Hieratic Seals of the Heavenly Spheres, drawing into a measly Gamma and Solemn Strike. With no visible play, I set Dragonmaid Tidying facedown and concluded, to him resolving a prior set Scapegoat.

In my next opponent’s turn, I immediately dropped Maxx “C”, to deny the use of the Scapegoat Tokens. My opponent simply chuckled, and Link Summoned Shuraig. I was slightly shocked, before drawing 1 and flipping Solemn Strike on Shuraig’s banishing. He then proceeded to normal summon Gren Maju. Wait, What? My opponent laughed at my clear disgust. With a total of 16 banished cards in the gamestate, Gren Maju could easily leave me with 100 LP. He proceeded to battle, then resolved Gizmek Orochi, the Serpentron Sky Slasher from hand, further boosting Gren Maju to great strengths. I immediately saw my chance and chained my Gamma, producing two bodies for protection and reassuring my heart.

The next game was unfortunately not as exciting as the first. While my opponent landed 5 set cards with no monsters on the field, I resolved two Evenly Matches against him into developing Dragonmaid Sheous every turn. Gren Maju Control as a deck are usually unable to compete with resource generation against an established board, so I clinched game as soon as I could.

This match ended in a resounding victory for my Maids, and I am very proud of them!

After that intense duel, I played many more games. And I eventually clocked that elusive 5 wins on my first account! Having pocketed an exclusive Remote Duel Battle Royal Playmat, I decided to continue on with other games. But that will be a story for another time.

My Thoughts and Connecting…

As the first step towards re-establishing events in Asia, I believe this event has been a resounding success. There were almost no big issues at hand, and the whole event was smooth. Players could easily duel, and Judges were always responsive. Any difficulties were minimal, and many Asia players like me will remember this as a good memory.

Despite all that, this event is still a sound reminder of the OCG metagame, and what could catch you unguarded. Although participants could switch decks every round, or even resort to dirty cheating, this event is a reminder of what we usually should expect from events like YOTs and ACQs. I believe treating this Battle Royal as a real event could train you for the future, but frankly I do not see any real events in the upcoming future.

Anyway, this has really been a fun experience in my opinion! As an event borne from the catastrophe of the COVID-19 Pandemic, this feels like the silver lining to that cloud. I was able to network with several players Overseas, and bask in our love for Yu-Gi-Oh. If you are reading this, I will strongly encourage you to participate in Remote Dueling as well!

And if you are one of the team members involved in the creation of Remote Dueling Battle Royal, this whole article is a big “thank you” to you, please be proud of your hard work. 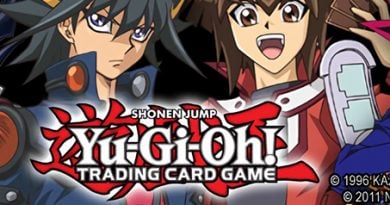 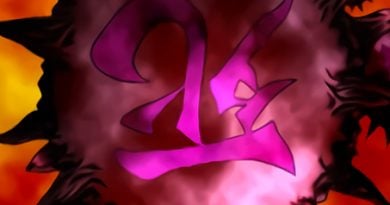 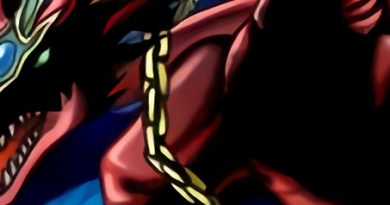