Ah, Madolche – Yugioh’s sweetest archetype. From its release in 2012 to the modern-day, these colorful cakes have captured the hearts of many a Yugioh player. And they have stolen several event tops as well! Seemingly fated to fade into obscurity, a plethora of support cards throughout the years has kept the deck afloat. With new support looming in Eternity Code, Madolche looks set for the foreseeable future. Such an intriguing deck of Yugioh’s history deserves to have its story told.

Madolche is an archetype of EARTH monsters based around puns on French and Italian desserts. The main deck monsters share a common effect of shuffling themselves into the deck when destroyed. The spell and trap support works with this effect to establish card advantage or disrupt the opponent.

Madolche has been a popular deck due to its unique theme, excellent artwork, and status as a viable rogue deck for a long period of time. The archetype was first introduced into the TCG on August 28, 2012, with the release of Return of the Duelist.

Most of these cards wouldn’t see play in competitive Madolche decks, and early versions of the deck were not strong. The only significant top the deck achieved between the releases of Return of the Duelist and Abyss Rising was Alexander Thomas’ 2nd place finish at a Seattle regional, with a stun deck that happened to use Puddingcess as a control engine. By itself, the archetype lacked power plays or control elements outside of the very slow Puddingcess. Magileine saw play in decks such as Chain Beat due to her ability to search herself on summon, but the archetype as a whole was largely irrelevant.

This would change with the release of Abyss Rising in the TCG on November 9, 2012. This set, best known for its introduction of the Mermail deck, also gave players six new Madolche cards. Joining their REDU comrades were Madolche Cruffssant, Madolche Messengelato, Madolche Marmalmaide, Madolche Ticket, Madolchepalooza, and most importantly, Madolche Queen Tiaramisu.

Abyss Rising gave Madolche the tools it needed to function as a competitive deck. Messengelato was a better Butlerusk that could search more than just Chateau and synergized with Mewfeuille. Ticket allowed advantage to be retained if Madolches were destroyed even without Chateau. Palooza allowed for field swarming for Xyz plays or OTKs. Tiaramisu capped everything off by giving the deck what it most sorely needed; a powerful, reliably summonable boss monster that recycled cards from grave, synergized with the archetype’s powerful spells, and enabled OTKs even against an established field.

Even after Abyss Rising the deck was not quite able to compete with the top of the field. Mermails, Wind-Ups, and later Fire Fists reigned supreme. Madolche was a decent rogue force, snatching the odd top here and there. Unfortunately, the deck was unable to go toe-to-toe with the metagame on a consistent basis. Pure builds at this time generally featured three each of Mewfeuille, Messengelato, Magileine, and Cruffssant. Madolche pilots aimed at stalling and generating hand advantage through Chateau and Ticket until they could bring out Tiaramisu to control the board.

This strategy was too slow and weak. Madolche lacked an effective way of ensuring that Chateau and Ticket would hit the field. Without them, the deck struggled with establishing a strong monster base. While powerful in theory, the deck was forced to rely on slow traps to ensure that it could survive long enough to set up Tiaramisu. This rendered it too inconsistent to make a large impact on the early 2013 metagame.

Lords of the Tachyon Galaxy gave Madolche the answer to its problems. Released on May 17, 2013, the set contained Madolche Hootcake, along with Madolche Nights. Hootcake solved many of the deck’s remaining problems. The owl was able to instantly fetch Messengelato from the deck to search an archetypal spell or trap. Hootcake’s effect was also not limited to archetypal monsters in grave. Madolche players were not necessarily stymied by the common effect of the archetype’s monsters to return themselves to the deck.

Unfortunately, the same booster set that gave Madolche one of its greatest tools yet also guaranteed its continued rogue status. The twin horrors of Spellbook of Judgment and the Dragon Rulers were far too powerful for the deck to realistically confront. The same Alexander Thomas who had recorded that first major Madolche top managed to pilot the deck to a top 32 finish at the 2013 NAWCQ, but on the whole the deck was flummoxed by the twin behemoths. The release of Madolche Chickolates in Judgment of the Light did nothing to help matters.

The limiting of every Dragon Ruler on the January 2014 banlist combined with the earlier banning of Spellbook of Judgment opened the door to high-level competition for Madolche. It was Fire Fist and Mermail, however, that returned to the top of the meta. Madolche still lagged behind.

The deck was still very slow, with Hootcake being its only real advantage play. The owl was useless if there was no fodder in grave for him, something the archetype still struggled with due to its mandatory self-recycling effects.

Some duelists experimented with including a Ghostrick engine. Ghostricks helped to slow the game down for long enough to get Hootcake rolling, as well as putting owl fodder in the graveyard. One such Ghostrick Madolche hybrid made top 16 at YCS Chicago in March. Madolche decks were gaining a decent number of tops, but were still not a top tier deck.

Primal Origin was released almost exactly a year after Lords of the Tachyon Galaxy on May 16, 2014. This set provided the final card to vault Madolche into the top ranks of the meta. This card was Madolche Anjelly.

Combined with the May 2014 banlist that hit Fire Fist and Mermail, and the slowing of the game provided by the emergence of HAT, the deck finally came into its own with Anjelly. The angel of dessert could immediately summon out Hootcake with fodder. Anjelly could also bring out any other archetypal monster with no pre-requisites save for her own tribute. At a time when Yugioh revolved around +1s and multi-card combos, Anjelly was a +2 all by herself. This one card made the Hootcake and Tiaramisu power plays into consistent options. Jason Gillbert made full use of Anjelly to win the May 2014 YGO Open in Orlando.

As time went on, the pure build faded out of prominence. Hybrids such as Chris LeBlanc’s YCS Philadelphia-winning Hand Madolche sprang up. While Hands were the most popular engine hybrid, the T.G., Ghostrick, and Artifact engines all enjoyed popularity. Madolche decks won or placed highly at numerous events in the summer of 2014. The deck was finally able to compete on an even playing field with the top decks of Yugioh.

In August, however, Duelist Alliance released, and changed the game forever. The Master Rule 3 era was here to stay. Madolche would have to adapt to the new Yugioh, or return to obsolescence. 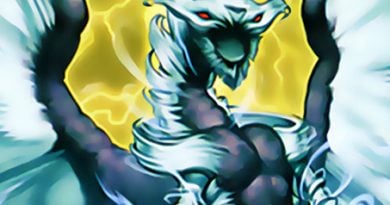 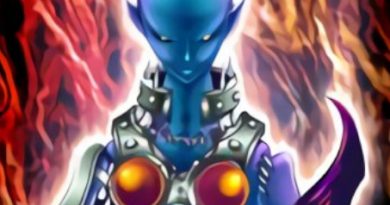 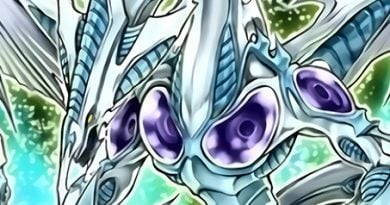 One thought on “History of Madolche – the Golden Age”