Ever a fan favorite, Ritual Beasts have persisted as a popular rogue deck. Whatever the reason, whether it’s for the colorful art or the combo-control play style, the archetype attracts many players. It exploded onto the scene out of The Secret Forces alongside Nekroz in early 2015. It certainly didn’t make as much noise at the top tables as Nekroz, but that didn’t deter a quickly forming player-base.

Early on, Ritual Beasts became known for taking extremely long turns by looping the strangely worded effect of Ritual Beast Ulti-Cannahawk. It wasn’t everyone’s cup of tea, you needed the patience to learn how to maximize your resources. The primary resource was the main deck monsters, all restricted by a “can only be special summoned once per turn” clause. They had to be managed carefully throughout the turn. Those who took the time to learn the deck were rewarded with being able to play the meta’s kryptonite.

Ritual Beasts found their niche serving to directly counter the best decks. Miguel Soto pushed this to the limit by taking Top 4 at the North American World Championship Qualifier. He and Jarel Winston (who took Top 8 with Ritual Beasts) validated the deck’s strength. We’ll take a look at Soto’s list, provided below, and discuss how he succeeded at this event. As a bonus, we’ll take a peek at how it compares to Winston’s version. 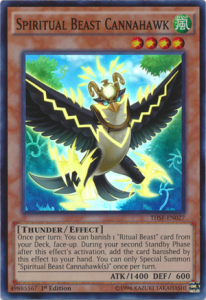 Ritual Beasts suffered immensely from consistency issues. It originated from needing both a Tamer and a Beast (preferably Spiritual Beast Cannahawk or Spiritual Beast Rampengu) to be on the field to start fusion summoning. As it turned out, this was fairly difficult to accomplish, partially because every monster can only be special summoned once per turn. Ritual Beast Tamer Elder was the only Tamer that could summon a Beast without wasting that precious special summon. Furthermore, there wouldn’t be enough spells and traps to help disrupt the opponent if too many dead monsters were opened. This all leads to the ratios of Tamers and Beasts being one of the most important aspects of a Ritual Beasts deck.

Soto, like everyone else, played three Elder in order to maximize the chances of opening a Elder-Cannahawk or Elder-Rampengu combo. These combos were important because they searched both Ritual Beast Steeds and Ritual Beast Ambush in one turn. Ritual Beast Tamer Wen was run at two because she’s fantastic to normal summon to fetch a banished Beast a couple turns in and push for game. Unfortunately, she’s poor early game. Soto felt that it may be better to drop her to one. Ritual Beast Tamer Lara and Ritual Beast Tamer Zeframpilica are different names that do the same thing, so one of each was included. They special summon from the graveyard which was fantastic early game, where Ritual Beasts struggled the most. It’s important to mention that he ran three Emergency Teleport which could special summon a Tamer from the deck. It’s sub-optimal but sometimes necessary.

The Beast portion is pretty straightforward and played standard ratios. Three each of Cannahawk and Rampengu were absolutely necessary since they were the Beasts that gained advantage and set up combos. Spiritual Beast Apelio had solid attack points and could do some real damage when backed up with spells and traps. It also helped push for game and recycled monsters by banishing them from the graveyard. Overall, a decent monster that earned two spots in the main deck. Meanwhile, Spiritual Beast Pettlephin was ran at one mostly as a name. Its effect to bounce an opponent’s monster did come up occasionally, but not frequently enough to warrant additional copies. 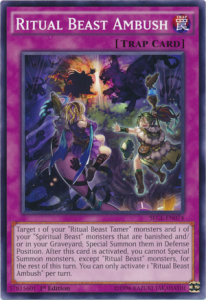 The core strategy of Ritual Beasts revolved heavily around their themed trap cards: Ritual Beast Ambush and Ritual Beast Steeds. Ambush maintained field presence by summoning two monsters from the graveyard and/or banished. Steeds provided non-targeting monster destruction equal to the number of Ritual Beasts controlled. These cards made it difficult for opponents to establish anything that could challenge Ritual Beasts’ mounting card advantage.

With the assistance of Ritual Beast’s Bond, the disparity in monsters led to easy one-turn-kills on turns two or three. For a deck that was so control oriented, it could be surprisingly explosive.

But that isn’t to say that they couldn’t play a much slower, tempo oriented play-style. Ritual Beasts had a lot of respectable normal summons and plenty of opportunities to plus-one. Some stun decks like Qliphorts could be problematic, but they could grind against control decks very well. 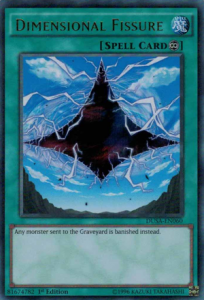 Nekroz struggled immensely against Ritual Beasts’ ability to switch between methodical control and explosive aggro strategies. Some of their best cards were also largely ineffective. Ritual Beast fusions could tag out to dodge Nekroz of Trishula, though banishing wasn’t the worst thing in the world anyway. The tag out effect also moved Ulti-Cannahawk off the field as cost, meaning that it could search despite Nekroz of Unicore. Steeds easily cleared any monsters Nekroz could summon.

Several other non-archetype cards played huge roles too. Dimensional Fissure and Macro Cosmos were beneficial to Ritual Beasts and disastrous for other decks in the meta. Access to the graveyard was important for decks such as Nekroz, Burning Abyss, Shaddolls, and Satellarknights. By denying them access, Ritual Beasts could pull out easy wins. Mind Crush could snipe searched cards out of the opponent’s hand, such as those searched by Nekroz of Brionac or Scarm, Malebranche of the Burning Abyss. Fiendish Chain pitched in by stopping cards like Manju of the Ten Thousand Hands and Tour Guide From the Underworld from gaining more advantage.

None of what I’ve mentioned so far even goes into the side deck, which is chock full of great counters such as Debunk and Flying “C”. If you haven’t noticed already, Soto played cards geared towards hurting Nekroz and Burning Abyss, the two strongest decks at the tournament.

Jarel Winston made Top 8 at the same tournament with a fairly similar deck, so I think it’s appropriate to briefly look at some of the differences between his and Soto’s. 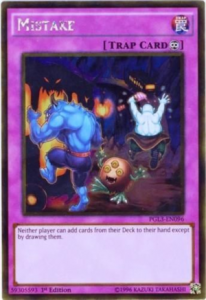 The first difference was that Winston opted for one Wen and three Apelio. As I mentioned earlier, Wen is a great normal summon later in the game. However, Apelio is a significantly better monster to summon by itself at the beginning of the game because of its respectable 1800 attack points. He also included a copy of Thunder King Rai-Oh, which could be very difficult for a deck like Nekroz to effectively deal with when traps are involved.

The three Emergency Teleport is absent, instead replaced by three Upstart Goblin. Both cards increase consistency but do so in very different ways. Upstart Goblin doesn’t help get both a Tamer and Beast on the field, but it does slightly increase the frequency of the Elder-Cannahawk or Elder-Rampengu combo. Essentially, Winston decided that either he’s going to have the optimal combo or have no opening combo at all.

This line of theory works much better since he was playing more floodgates: three copies of Mistake. As Winton attested, sitting on a Mistake and beating down a Nekroz player with Apelio was surprisingly effective. Basically, he doubled down on the slow and methodical version of Ritual Beasts and denied Nekroz from being able to effectively engage in the duel. Soto was more committed to getting some searches with Ulti-Cannahawk and playing a little faster.

Miguel Soto constructed a Ritual Beasts deck well suited to the meta and was rewarded with a trip to the World Championship. It’s crazy looking back at this deck compared to what we have now with Ritual Beast Ulti-Kimunfalcos, Spiritual Beast Tamer Winda, Ritual Beast Return, and new techs like the field spell and Windwitch engines.

Despite how inconsistent Ritual Beasts were early on, they were a fantastic meta call. That’s what really makes this deck special. Glaring flaws in a deck can be overridden if a deck is constructed and piloted by an exceptional player.

Considering it’s one of my favorite decks of all time, I hope it remains a fan favorite that receives continuing innovation into the future. 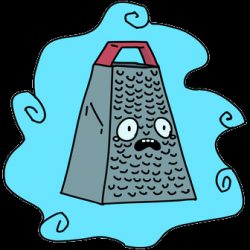 Latest posts by Yamaoroshi (see all) 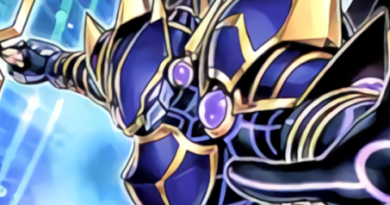 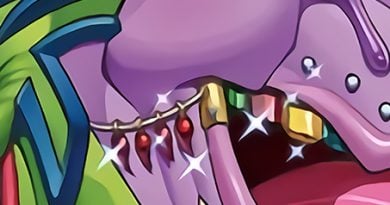 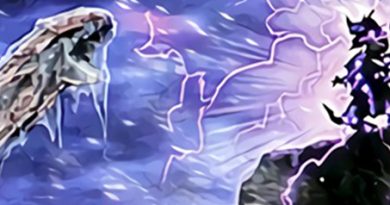 What is Goat Format? Anteaus provides an introduction to Goat Format, one of the greatest Yu-Gi-Oh! formats of all time.