Lightning Overdrive officially releases June 4th this year. It is an understatement to say that it bears some cards that will change the landscape of the current meta-game. It isn’t Rise of the Duelist level, which gave us Infernobles, Dogmatika, Schism, and ridiculously great staples. However, it brings the power and consistency levels of two specific decks to a peak that will surely shake the foundations of competitive Yu-Gi-Oh! as we know it. Let’s take a look at what it’s going to bring, and what handtraps are going to be run to adjust to it.

Diviner of the Heralds is one of the big cards coming out in Lightning Overdrive (LIOV). This, along with Mu-Beta Fafnir, will 100% bring Drytrons back to contention. Diviner dumps a fairy monster from either the extra or main deck to the grave to increase its level. This will practically add 3 more copies of Benten. You can send Herald of the Arc Light to go ahead and search it. That, in turn makes it a level 6 which could set-up Beatrice plays. Dump Eva to search your handtrap – Herald of Orange Light. Several routes will open up, one of which can end-up setting an Imperial Order via Beatrice and Knightmare Gryphon. If that wasn’t good enough, it could also send Natasha or Lancea to then make itself level 7. It’s a tuner, so any level 1 will then get you to Chaos Ruler.

Drytron’s ceiling has always been absurdly high, with Herald of Ultimateness being a non-OPT omni-negate that can also negate summons. The only problem after the Union Carrier and Benten hit, was consistency and resiliency with all the handtraps running around. With Diviner making Benten accessible again, and Mu-Beta taking care of getting an extra Drytron name in grave (plus saving resources from the Ritual Spell) – Drytron will definitely have enough gas to compete, and potentially beat, most match-ups in this developing format.

Bearbrumm hasn’t even officially dropped yet and ZooBrigade is already topping several events. This will give close to 100% access to Tri-brigade Revolt. This, as explained in my previous article, is an unthinkably amazing card. ZooBrigade has already been a top deck in the OCG for a while now. That can be attributed a little bit due to Maxx “C” being legal there, and Tri-brigade cheating out link summons. What that means is, even through Maxx C – the deck can still pump out a full board. Revolt will be live while only giving the opponent 2 draws. With Tri-Brigade already finding success without Bearbrumm, it will only skyrocket their performance once LIOV is legal. Especially since they can dodge handtraps by chainblocking Bearbrumm.

Cycle Reader is one of the handtraps that popped up when Drytron was at its peak. We can definitely expect to see this card more often again after LIOV. That being said, its versatility might become a little less valuable, since Eldlich has fallen down the meta hierarchy.

Skull Meister is another handtrap that gained popularity during the Drytron-VW era. With Drytrons on the rise again (and with Scrap Raptor, Dinos are going to surge in representation too) this will increase in viability. Being able to hit several things across the board will be beneficial for most decks. Any Drytron name in the grave (or Benten), Bearbrumm / Nervall if they don’t chain block, Misc / Raptor, Prank-kids, etc.

Infinite Impermanence has not seen play in quite a while now, and for good reason. Virtual World monsters activate from hand, Drytrons in both hand AND grave, Prank-kids in grave, and it just is very mediocre against heavy-combo decks like Dragonlink. With Mu-Beta being a big part in the Drytron strategy (dump a name, replace ritual materials), this card might get a competitive resurgence. In addition to that, using Impermanence on a Tri-brigade monster that banished for cost could be huge. Their only extender will likely be a Kerass. And even then, they might not have enough resources to finish their combo.

A huge chunk of people have already been maining Droll & Lock Bird – and rightfully so. It’s really the only handtrap that can assure you that Dragonlink is going to end on a very subpar board. With Drytron coming back into the fray, this ol’ trusty tool will become even more of a staple. Oh, and don’t forget that Tri-brigade (and other Zoo variants) usually go for Tenki, too!

Ghost Belle has recently seen play again due to the sudden increase in the popularity of Revolt. Honestly, this card has always been underrated. It hits an outrageous amount of meta-relevant cards. Nadir Servant, Doodle-doo, Schism, Invocation, Tri-Brigade Revolt, and Sanguine are among the humongous list of things that Ghost Belle counters. So keep an eye out for this card!

Nibiru has been a menace since the moment it came out. It gradually saw less and less play, especially as we headed to a more control-based format. We had Dragonlink as the deadliest combo deck (and even then they could play around Nib with Seal). Drytron loses to Nib a little bit harder now than it did before (early Benten searches allowed for tricky timings). Tri-Brigade also has a Ratpier combo that gets them Drident-Apollousa-Revolt that plays into Nib extremely hard. This, in conjunction with the still-present popularity of Prank-kids, could potentially make Nibiru great once again.

D.D. Crow is a weird handtrap. It can completely murder Drytrons by banishing their Benten. Remember, it’s now a limited card. Crow will prevent the first Benten search and completely lock them out by banishing it. There’s no question how good it’s going to be against Drytrons. But the big question mark is its value for the slot. It doesn’t really do much against other decks that are popular right now. Shaddolls, maybe, when they try to add back Schism from the grave. Other than that, however, there’s not much else.

Chaos Hunter is not similar to the other handtraps in that it doesn’t send itself to the grave. It special summons itself. On paper it’s a negative since you have to discard. However, that could work out to be just fine because you’re going to completely lock your opponent out of an entire mechanic- banishing. Virtual Worlds, Tri-brigade, Drytron (no Eva search), Invoked variants, Dragonlink (hits Chaos engine), and Eldlich to a lesser degree. Definitely keep an eye out for this.

There’s going to be a meta shift very soon, and we all know it. Drytron and Tri-Brigade are on the rise – and potentially Dinos, too. The way people build their main and side deck cards are likely going to change, especially handtrap-wise. I hope this article has helped you get some ideas on how to work on yours! If you have any questions or suggestions, don’t hesitate to comment down below!

Yugi Papi
Virtual World enthusiast. Orcustrated Duelist. Dark Magician collector that ventured into the competitive scene using Orcusts prior to it being meta! Currently using several other decks and consistently exploring as the meta develops.

Virtual World enthusiast. Orcustrated Duelist. Dark Magician collector that ventured into the competitive scene using Orcusts prior to it being meta! Currently using several other decks and consistently exploring as the meta develops. 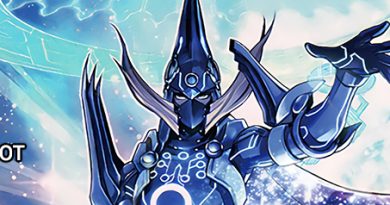 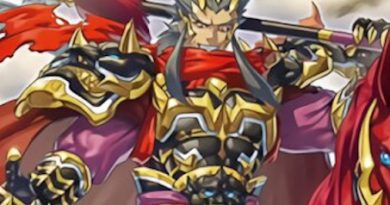 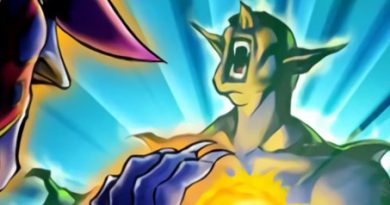