Welcome to Part 2 of a guide to Darklords, where I’ll be talking about cards you might play in the deck to help it reach its full potential. I’ll split this discussion into 4 sections: Main Deck Monsters, Spells, Traps, and Extra Deck Monsters. Please note that not every single one of these cards is meant to be played with all the others. Rather, each one of these suggestions is an idea you can incorporate into your playstyle, if you find that it helps you out.

The Fallen must have an army to control, right? Since the deck runs high-Level monsters, most of which require tributes to summon, it is important to have more easily summonable monsters to protect you while you gather resources.

Archlord Kristya – When Darklords were first revealed, many wanted to use Archlord Krystia as a main card in the deck, and who could blame them? As a Level 8 monster, she is a prime target for Trade-In, and as a Fairy-Type, she is summonable with Darklord Superbia’s effect. All that, on top of a 2800 ATK monster that’s a walking floodgate against Special Summoning? Not to mention, Archlord Kristya can also be Special Summoned from your hand simply by having exactly 4 Fairy-type monsters in the grave, which is easy to accomplish, what with Darklords being able to manipulate the grave. That all sounds really nice, right? But as the deck evolved, it became clear that running too many of her didn’t help the deck out that much. Her summoning condition, while easier to set up in Darklords, more often led to him bricking if you needed to make more optimal plays that wouldn’t leave you with 4 Fairies in grave. For this reason, I would suggest using 0-1 copies of her in the deck.

Vanity’s Fiend – Unlike Archlord Kristya, Vanity’s Fiend is a card that rose higher into grace with time. As a Dark monster, he is an Allure of Darkness target, and as a Level 6, he only requires 1 Tribute to be Summoned. This accessibility and potential boost to consistency means that he is played at 3 in the deck.

Maxx “C” – Hand traps are inherently good cards, and compared to the others out there, Maxx “C” is probably the best for main-decking. It forces your opponent to think on your strategy and consider whether they want to commit to their board. Should be played at 2, since you can only play 2 now.

Hecatrice – A cute card that can be discarded to search out Valhalla, Hall of the Fallen. It was played early on in testing, but has since fallen out of favor.

Kuribandit – As the deck revolves heavily around Special Summoning, you will rarely use your Normal Summon. Kuribandit can be used to quickly mill cards to your grave while also possibly adding one of your much-needed Spells or Traps to your hand. He can be played at 2 depending if you wish to include him.

Trains – This engine found the spotlight a few months back when a player managed to top with this build in the OCG. The general idea was that since Darklord Ixtab is a level 10, she would fit in perfectly with the Rank 10 train engine. Lithium2300 made a good video explaining and discussing the deck here.

Kaiju – The Kaiju engine can be splashed into the deck to help remove problem cards your opponent plays if you’re going second. Radian, the Multidimensional Kaiju is a Level 7 Dark monster, so he’s a target for Allure of Darkness on top of his tributing utility. Trade-In also synergizes well with Kaijus such as Dogoran, the Mad Flame Kaiju, Gameciel, the Sea Turtle Kaiju, and Gadarla, the Mystery Dust Kaiju.

Since the deck already has 2 Spells of its own, what else does it need? Draw power, more and more draw power.

Trade-In – I’ve talked about this card a lot already, and for good reason. By discarding a Level 8 monster, which the deck runs at least 5 that can be search out, you can use this card to draw 2 more cards. In a deck that runs so many viable targets, Trade-In is a no-brainer to thin out your deck and speed up your plays. It is played at 3 in all builds.

Soul Charge – The deck sends a lot of monsters to the grave, both through its own plays and through discarding to draw. Soul Charge is used to revive those fallen angels back to the field. If this card was not Limited, we would run more copies, but one is all we get.

Reasoning – With the deck running nothing but high-Level monsters, Reasoning is a good tech choice for the deck. You run everything from Levels 5-10, so your opponent will have a hard time calling the correct level. Like Soul Charge, this card is Limited, so we can only play it at 1.

Valhalla, Hall of the Fallen – A card that was tested out in early builds, as nearly all the Darklords are Fairy-Types. This card allows you to Special Summon one Fairy-Type monster from your hand for free, so long as you control no monsters. However, it has long since fallen out of favor for the deck, as it’s only good for summoning monsters like Archlord Kristya.

The deck naturally runs a low Trap count, but here are some Trap cards I would recommend.

Vanity’s Emptiness – A basic floodgate card that stops Special Summoning. If you don’t open up with Vanity’s Fiend or Archlord Krystia, you may still have Vanity’s Emptiness to stop your opponent. This card is also Limited, so we can only use one.

Anti-Spell Fragrance – Another devastating floodgate that can be played in a format that relies on Spells cards, and especially Pendulums, which this card completely stops. Once you’ve set up a field and have no need for your own Spell cards, you can make this card’s downsides apply only to your opponent. Plus, with Darklords’s ability to activate the effects of Spell cards in the grave, this card will rarely hinder your play if you time it right.

The Extra Deck is usually one of the most important things to consider when deckbuilding, but Darklords rarely touch their Extra deck, as they would rather gather up a field of high-ATK main-deck monsters, or lock down their opponent through Vanity’s Fiend, Archlord Krystia, and cards like Anti-Spell Fragrance.

The Darklord Extra Deck is mainly filled with generic Rank 8 monsters such as Divine Dragon Knight Felgrand and Number 38: Hope Harbinger Dragon Titanic Galaxy. Any Rank 8 monsters you run can Rank-Up into Number 84: Pain Gainer, who can then Rank-Up in turn into Number 77: The Seven Sins. However, there are some specific options to consider.

Xyz Spider – The Xyz Spider family consists of Number 35: Ravenous Tarantula, Number 84: Pain Gainer, and Number 77: The Seven Sins, and they too have a web of Rank-Ups that your opponent won’t want to be caught in.

If you find that any of these are not for you, or you still have space after using the ones you need, consider filling up your remaining Extra Deck slots with targets for Ghost Reaper and Winter Cherries. These targets will change with the meta, but right now, some of the best choices are as ABC-Dragon Buster, Dante, Traveler of the Burning Abyss, or Toadally Awesome.

Thanks for reading, I hope this helps give you an idea of what to consider playing, and why. Stay tuned for part 3, where I’ll go into general deck builds and plays, and their strengths and weaknesses.

UnknownChaser
I am man of waifus and a player of this game. 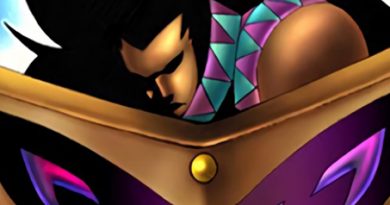 Cards in Goat Format: What You Should Know Part 1 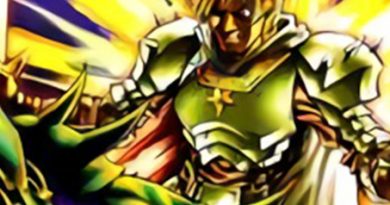 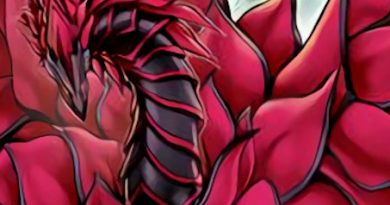 0 thoughts on “Darklord – A Guide of the Fallen: Part 2 – Techs and Crits”