In the old days, Gladiator decks were heavily centered on the battle phase. They were the first archetype to have what became known as a “tag-out” mechanic. This means that after battling, monsters return to the deck to summon other monsters. When summoned from the deck by other Gladiators, they gained their effects. These vary from small increases to attack/defense in the cases of Laquari and Hoplomus, to mandatory Monster and Spell/Trap destruction in the cases of Murmillo and Bestiari.

However, the decks’ real strength came from the Extra Deck. The Gladiator Beasts’ Fusion monsters are all contact fusions, meaning they don’t require polymerization, just materials on the field. Just like the main deck monsters, they can tag out. However, unlike other contact fusions, materials used for the fusions return to the deck instead of going to the graveyard. Chief among these fusions was Gladiator Beast Gyzarus. Because his effect activates every time he is summoned, there is a potential of destroying up to 5 cards just by tagging out and fusing again after the Battle Phase. Gyzarus was the cause for Bestiari ending up on the F&L list at 1 copy in March 2009, only being unlimited again in April 2015.

With a few exceptions, all of the Gladiator Beasts are able to “tag-out”. Of those that can’t only Secutor, which can summon 2 more monsters if it survives battle, saw some use. With the release of Rescue Rabbit, Gladiator Beast Andal also started to see play in some versions of the deck.

With the release of Chaos Impact, the Gladiator Beast deck was reinvigorated and brought up to date on Link monsters and the faster pace of the game. The deck surrendered most of its focus on the Battle Phase and the slower more flexible grind it used to possess in favor of new strategies.

Key Cards for the New Strategy

Gladiator Rejection provides protection and extension that can trigger due to many of your starters or when you tag out. Gladiator Beast’s Comeback is further extension for combo plays and has the neat addition to protect from battle, facilitating the weaker ones tagging out. Test Panther is the knot that ties the new support together, providing explosiveness and consistency. By its effect, the deck is able to pivot from even vanilla monsters into a powerful board of fusions. Gladiator Beast Domitianus brought negation and elevated the ceiling of the deck while still retaining aspects of that focus on the Battle Phase. It’s worth noting Gladiator Rejection does not trigger the effects of the monsters it summons, nor is it a Gladiator Beast card, and thus cannot be added by Panther’s effect!

Gladiator Beast Attorix shows its versatility due to the “different types” requirement for the new spells, and the level modification is key to the deck’s main play. Finally, Vespasius is a battle hand trap that can be played, but whose biggest virtue is his distinct typing and high level.

Few Gladiators stood the test of time and have been able to adapt to the new style. Ironically, one of the most relevant ones today is Gladiator Beast Andal. Cards like Rescue Rabbit and Unexpected Dai can summon it easily, and Link Spider can turn two into Panther. Bestiari remains good, providing Spell/Trap destruction and easy access to Gyzarus. Darius and Equeste remain good for extension and recovery plays. Augustus sees play as a big monster they can tag out into that has a useful effect. The deck also has need of high-level monsters for its main playmaker, Gladiator Beast Tamer Editor .

Fusions, while still being the main focus of the deck, have fewer spots in the Extra Deck dedicated to them. The most common inclusions are Gyzarus, Heraklinos, and Tamer. Tamer is the way you cheat out the rest of the fusions, as it ignores summoning conditions. The plan is to keep bringing it back with revival cards to keep summoning more fusions. Heraklinos represents the spell and trap negate of the deck, costing one discard per negate. Other options are Andabata, which acts as a harder to summon Tamer, and Nerokius, whose lax requirements add flexibility, especially coupled with some other new cards.

The deck’s summons were previously limited by the necessity of link zones to summon Tamer Editor’s Fusions. The introduction of Master Rule 5 alleviated this issue and even allowed the deck to make fusions without links again.

Current iterations of the deck aim to build a board of negates and, while going second versions also exist, they are not as strong due to their fragility. The usual process by which this is done involves getting materials to make Tamer Editor and leaving Domitianus, Heraklinos, and other useful extra deck monsters. The deck can also use cards like I:P Masquerena and Apollousa to power-up its ending board. Rejection’s protection is also nothing to scoff at, nullifying many common ways of outing problem monsters. There is also a lot of flexibility at the end of the battle phase. For instance, you can occasionally chain an Evenly Matched after paying the cost for your battling beasts (shuffling them into the deck) to surprise your opponent.

The Power of Links – DUOV

New releases from Duel Overload have granted the deck many new weapons to use. Union Carrier can be made with 2 leftover monsters after summoning Domitianus and can equip Dragon Buster Destruction Sword to Domitianus, locking your opponent from the Extra Deck.

Simorgh, Bird of Sovereignty is relatively easy to summon in the deck by linking spare Winged-Beast Gladiators with Test Panther. Tamer Editor summoning a Gyzarus can fulfill the same role, and get Editor in the graveyard for later revival. Going this route allows a summon of a winged-beast during each End Phase. A strong option is Barrier Statue of the Stormwinds. This is an ideal opening play as you lock your opponent into only being able to Special Summon WIND monsters. A single Wynn in the Extra Deck can help break the lock when your turn comes again. This play is even better than in other decks like Raidraptor thanks to Domitianus. This makes it so the Statue is safe from your opponent’s attacks. And thanks to Simorgh, it is safe from targetting. Simorgh can also summon Bestiari, Equeste, and Augustus from the deck, triggering Rejection in the process.

Gladiator Beasts are a fragile deck when they attempt to combo. For being so dedicated to its strategy, there are a surprising amount of hands that are just bricks. It sports vulnerable normal summons like Rescue Rabbit and crucial effect resolutions like Test Panther. It also lacks ways to consistently play around Nibiru. All of this makes the deck easily interrupted by common hand traps like Ash Blossom and Infinite Impermanence.

Coupled with this comes a lack of effects activated in the hand or graveyard. Commitment to the field exposes it to the most common forms of removal before it can start its plays. There is also a lack of recursion and low repeatability which leads to it quickly running out of gas. The deck invests heavily into its first play and losing its board often means losing the game. Exclusive to the combo version, there is also little room for hand traps, hindering your ability to go second.

Despite its flaws, Gladiator Beasts are not a weak deck. The deck is not xenophobic and has the potential to incorporate many engines to see success. The feeling of having your entire deck at your disposal after the battle phase is still there. However, if they want to challenge the top of the meta, they still have a ways to go. 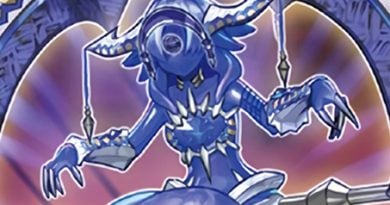 Waking Up: Orcust Without Knightmare 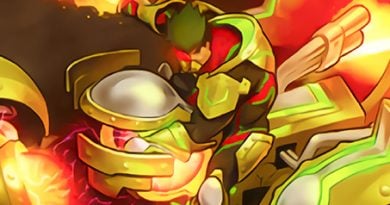 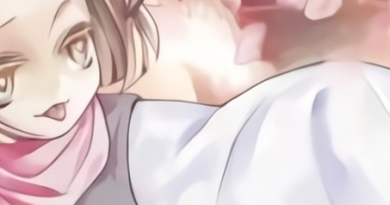