“Make Verte!” is a popular rallying cry in online Yu-Gi-Oh chatrooms. And the reasoning behind it is quite good. If you can put two monsters on the board, chances are you can turn the game around – or seal it. That’s because two monsters is all you need to summon Predaplant Verte Anaconda. And that, in tandem with a good Fusion spell, will likely net you one of the best Fusion monsters in the game.

Verte has reared its head countless times since it first appeared two years ago. From a niche Rainbow Neos gimmick to any number of Dragoon variants, Verte has terrorized countless players. Last year, Therarely looked at all the different ways one could use this ubiquitous plant. And it looks like almost all those ideas have been fulfilled, and then some. Now, with Destiny HERO – Destroy Phoenix Enforcer making its rounds in the OCG, it might be time for a deep dive into Fusion engines, particularly this one. Just how good is Verte? And is it time to ban it?

The Problem with Verte The most common complaint about Verte is that it’s so easy to make – too easy, perhaps.  Its Link materials are “2 Effect monsters;” it doesn’t require Predaplants, DARK monsters, or Plants.  Just put two monsters with some words in the text box on the field and Verte is yours.  But what does that really mean in practice?  You don’t just get a 500 ATK Plant.  If it’s not negated, you get access to a Fusion monster your deck would normally never even dream of playing.  Most infamously, any deck has access to Red-Eyes Dark Dragoon, just because most decks can summon two effect monsters. Everyone knows by now that Dragoon is a ridiculously powerful boss monster.  However, Verte compounds the problem it presents in two specific ways.  First, it makes the card much more universal.  If your deck falls to Dragoon, you normally only have to worry about Red-Eyes or Dark Magician decks.  But since Verte exists, every deck becomes a dark curtain behind which Dragoon can potentially lurk.

The second problem is that Verte not only lets any deck summon it, but allows the summon in addition to their normal play.  If one were to fuse Dragoon with Polymerization, it would be inconsistent and a significant drop in advantage.  This is because one needs to draw the Fusion spell and the two materials.  And if one were to activate Red-Eyes Fusion from the hand, it would prevent them from summoning any other monsters that turn.  But if one uses Verte, one could go through their whole combo and set up a board of interruptions. And once all that is complete, one can then drop Verte and Dragoon on top of all that.

For these two reasons, Red-Eyes Dark Dragoon dominated the OCG upon release.  And though it didn’t rule with the same totality, it also appeared in many topping decks in the TCG.  Now, the OCG dealt with this threat by banning the monster itself.  To be sure, Red-Eyes Dark Dragoon is a ridiculous card.  But there are those who argue that Dragoon itself was not the problem.  Dragoon, on its own, was still vulnerable and could be outed.  It was Dragoon on top of any given combo or control deck that was too much to bear.  And what enabled Dragoon to be so universal and synergistic?  It was Verte.  Thus, there are those who advocate for banning Verte Anaconda, in addition to or even instead of Dragoon.

Dragoon is now gone, but the threat that Verte Anaconda presents still remains.  If a good Fusion package ever appears again, any deck will be able to abuse it with Verte Anaconda. And what do you know: A new Fusion package has appeared.  Destiny HERO – Destroy Phoenix Enforcer is currently touring the OCG.  It’s not quite as strong as Dragoon, but its Quick Effect pop and easy recursion still poses quite the threat.  But why is this card such a problem outside of dedicated HERO decks?  Once again, the answer is that players can splash DPE into almost any deck that can summon Verte Anaconda.  Phoenix Enforcer’s arrival fulfills the foreboding prophecy that Dragoon’s ban laid out.  Verte can’t exist as long as good Fusion packages exist, or it will keep abusing each one.  Should every new Fusion boss be banned because everybody’s using it?  Shouldn’t Konami address the cause of this splashability – Predaplant Verte Anaconda?

The Problem With Fusion

But there are others who don’t see it that way.  For them, the problem isn’t Verte Anaconda.  Rather, the problem has to do not with a specific card, but the philosophy behind Fusion monsters – and Fusion Summoning – as a whole.

Looking at it objectively, Dragoon is overpowered.  It can’t be targeted or destroyed, and it pops two monsters and deals effect damage.  It negates card effects, destroys them, and gains even more power.  No one monster should have all these effects.  But Dragoon does.  It’s this card specifically that terrorized the OCG.  No one wanted to get rid of Titan, but Dragoon does far more than Titan.  Verte, and the idea of splashing Fusion engines, only feels problematic when the Fusion monster feels broken.  This simple reason demonstrates why Dragoon, not Verte, deserved the ban.

And as for Phoenix Enforcer?  Yes, the card wins games, and yes, lots of players use it.  But it doesn’t dominate the same way that Dragoon did, neither on a match level nor on a meta level.  The Phoenix Enforcer package, and Verte by association, doesn’t need addressing.  It should just enjoy its moment in the sun, like all meta trends.  And then, like all meta trends, it will naturally fade away.

One might argue that as strong as Dragoon is, it is balanced by its difficulty to summon.  Dark Magician and Red-Eyes Black Dragon aren’t exactly good cards, nor are they easy to collect into one’s hand.  Even if one could fuse them into Dragoon, that would represent a significant card investment.  It’s only natural that such a strong monster should come from such a big investment.

But, of course, Dragoon isn’t difficult to summon.  And why not?  Because of Verte, right?  Some would argue differently.  Think about how Verte works.  After paying 2000 LP, it sends a “Polymerization” or “Fusion” spell and applies its effect.  In other words, Verte is only as good as the effect of the spell it uses.

Herein lies the rub: Verte does so much work because its most frequent spell targets fuse from Deck.  That mechanic is what makes engines like Dragoon so splashable.  Take that facet away, and Verte’s utility drops.  In short, this argument claims, the problem isn’t Dragoon, because it should be balanced by its summoning condition.  Nor is it Verte, whose effect is only as good as its target.  The real problem, this argument concludes, is that Konami simply shouldn’t make cards that fuse from deck.

Just take a look at the Phoenix Enforcer package.  Like Dragoon, Phoenix Enforcer has its own Fusion cheat spell: Fusion Destiny.  Fusion Destiny can also fuse a Destiny HERO from deck.  It’s no coincidence that these two engines appear into everything in the OCG, but other archetypes with a “Polymerization” or “Fusion” spell don’t.  Fusing from deck, if left unchecked, poses serious problems for future design and balance.  Or so the argument goes…

Which of these three arguments are correct?  Does Verte make Fusions too splashable?  Or does the nature of from-deck Fusion spells give Verte its power?  Or is spashability not the issue, but the excess strength of a single boss monster?  These arguments each have merit, but they also each have various counterarguments; the debate goes back and forth.

If I had to give a definitive answer, I would say that Verte has to be the problem card.  Without Verte, Red-Eyes and HEROes can still play really cool boss monsters, but other decks likely can’t.  But I’m sure the answer can’t be as simple as that.  Ultimately, however, the decision doesn’t rest with the duelists, but with the inscrutable minds at Konami in charge of the banlist.  Perhaps changes to that list, either loosening or restricting, will add new dimensions to the argument.  Or perhaps a new release, even beyond the latest HERO, will change the discourse on Fusion monsters, and the sinister Plant waiting in the wings. 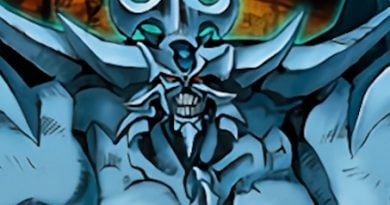 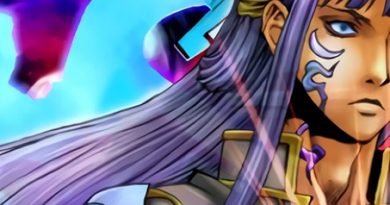 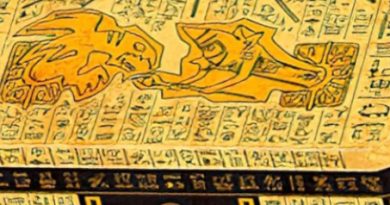 19 thoughts on “Garden of Weeds: Verte and the Fusion Craze”