The OCG’s been hyping the Destiny Hero engine thanks to Burst of Destiny! Why’s that you may ask? Well, the release of a new Fusion monster that’s caught everyone’s attention. That is none other than the mighty Destiny HERO – Destroy Phoenix Enforcer! Thanks to Fusion Destiny, getting to DPE has never been easier. Let’s take a look at how the engine works and why duelists should be on the lookout!

To start things off, DPE comes with a neat effect that lets it reduce the ATK of the opponent’s monsters. Usually, it’s just a flat 400 ATK reduction and is a decent bonus either way. The real core of its strengths lies within its other two effects. As a Quick Effect, it can destroy 1 card on both sides of the field without targeting.

This is an incredible form of removal, as choosing what to destroy on resolution makes it harder to play around. Quick Effect disruption will always be timeless, as a lot of decks are reliant on being able to stick bodies onto the board to start or continue their plays. We’ve seen this before with the likes of Thunder Dragon Titan and Frightfur Cruel Whale, and DPE follows suit while being a lot more convenient. It can even be used to dodge would-be outs. (Banishing, bouncing, shuffling, and so on.)

Being able to hit backrow as well is great utility to have! Additionally, this fusion can revive any D-HERO (including itself) during the next Standby Phase that it gets destroyed! There are a lot of other options to try depending on which D-HEROs you decided to dump off Fusion Destiny.

Thanks to its ease of access, ability to recycle itself, flexibility and so much more, it’s currently seeing a lot of play over in the OCG the moment Burst of Destiny became available to them. Xiangjian has been experimenting with DPE. It also has an interesting interaction with the Grand Duke. Only time will tell if the TCG will follow suit, but there’s a lot of potential here.

Lastly, it’s worth noting that Fusion Destiny’s downside doesn’t apply here to DPE. Dystopia was cool for the pop and burn, but it never really stuck around to do much else.

Fusion Destiny is what allows the engine to work in the first place. Firstly, it allows you to send the materials from your Deck straight to the GY, which means it’s a one-card DPE and then some! Not only that, its restriction is forgiving, only locking you for the rest of the turn after you use it.

This means you’re free to go with your regular plays and then use the spell as the cherry on top. You can even hold on to it in certain decks and use it as a recovery play if something like Nibiru wipes your setup.

There are two ways to approach running it in deckbuilding: maxing 3 copies or playing 1 with Predaplant Verte Anaconda. Either of these works just fine and all have their unique advantages. Drawing the Destiny HERO monsters still allows FD to be activated.

As a side note, Fusion Destiny acts as a great starter in actual HEROs post-BODE! By sending both Malicious and Denier, you’ll be able to bring out Xtra HERO Cross Crusader and get a lot of things going for your deck.

Since your opponent will usually have used Ash Blossom on your other playmakers, Fusion Destiny can safely resolve. This means DPE hits the field more often than not. All in all, whether using it for HEROs or as an engine piece similar to Dragoon and friends, Fusion Destiny is quite the strong card and can definitely see play in a lot of decks.

A big upside that Fusion Destiny has over Neos Fusion and Red-Eyes Fusion is that your bricks have GY effects! Yup, they aren’t just vanilla monsters that do nothing to help you out. This isn’t the case compared to those two, so let’s do a quick rundown.

And so we go over to the prime targets to be used as Fusion Material from the Deck! Destiny Hero – Dasher is the best choice for Level 6+ when it comes to splashing the engine in other decks. Its GY effect is unique and can lead to some very strong plays, especially as you get to have it for free.

Any summon from Dasher is already a plus, but here’s one example that can be clutch. If you draw a tuner Hand Trap for the turn, it might not often be live or it could’ve arrived too late.

However, thanks to this D-HERO you’re able to drop it onto the board for free and can then go from there! A popular option would be to then use it as Link Material for Crystron Halqifibrax! Halq could then go into Selene, and then bust out a 5300 Accesscode Talker with two pops! And you didn’t even have to use your Normal Summon for it if there was another body on the field.

Not to mention the effect is optional, so you get the choice of using it. This could matter say if you draw a Ghost Belle vs Tri-Brigade where it’d be better to hold it.

Destiny Hero – Celestial is currently the most popular second dump off Fusion Destiny, as its GY effect is definitely eye-catching. By simply playing out your hand or setting your cards, you’re able to nab yourself a free draw 2 effect! Trap heavy decks that splash the engine could set their whole hand and get the draws, for example. The only downside is that you may not be able to empty your hand at all times, but it’s a solid option to have either way.

Both Malicious and Destiny HERO – Denier are great options for actual HERO decks, as they allow you to easily make Xtra HERO Cross Crusader and make Fusion Destiny a fine starter. Destiny HERO – Disk Commander is an option that sacrifices DPE for instant draw power, but isn’t as popular as Celestial.

Activate Fusion Destiny to send both of them and go into DPE. Use Mali’s effect to bust out another one from the deck, and use Denier to summon itself out and return the banished Mali on top of the Deck. Link the two away for Cross Crusader and from there you can do more HERO plays! This is because Cross Crusader can tutor add any HERO monster of choice to your hand.

And that concludes this article about the revival of Fusion Destiny and the strength of both DPE and the Destiny Hero engine. While it’s not a direct 1 to 1 of Dark Dragoon, it can certainly put up a fight. The restrictions are a lot easier to work with too, making sure that a LOT of decks can really make use of it. Burst of Destiny is set to shake things up in the metagame for sure, one way or another! What do you think of DPE? Is it the next best thing or is it overhyped? Comment your thoughts down below! 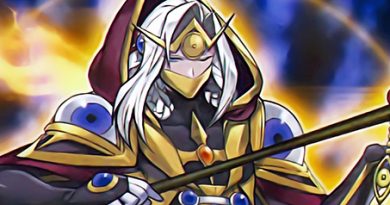 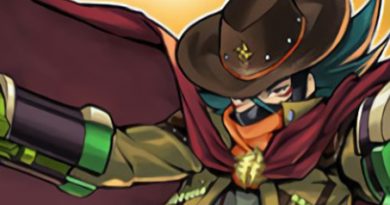 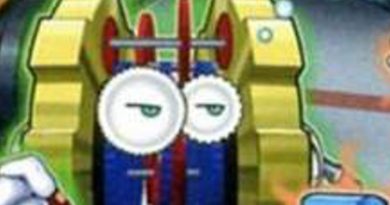