Floodgates are one of the most controversial topics when it comes to the health of the game. Are they healthy?  Are they necessary? I’ll be reviewing currently popular floodgates and sharing my thoughts. Most Yugioh players have heard the term “floodgate” before, but for those that have not:

A floodgate is typically any card that continuously limits the plays or mechanics of one or both players, usually heavily favoring the activator.

For example, Imperial Order is a floodgate that shuts down all Spell effects on the field. Many Trap oriented decks play this against Spell heavy decks with minimal consequences. Another example is Vanity’s Fiend, which blocks all Special Summoning from both players.

The most popular way to utilize floodgates is in the form of Continuous Trap cards. Best when going first, simply setting the Trap and activating it when the opponent commits to a play proves to be highly effective. In some cases, floodgates are effective even on turn 3 or 4 of a duel and are used as board breakers. Iconic examples of this include Gozen Match and Rivalry of Warlords.

Sometimes floodgates need an early activation, like in the Standby Phase. Anti-Spell Fragrance is the best example to maximize the effectiveness of the floodgate. In games 2 and 3, one may need to flip a floodgate trap early to avoid Denko Sekka.

Most floodgates are not searchable, making them less consistent than other strategies. However, certain strategies can specialize in accessing them. For example, Imperial Order can be dumped by Curious, the Lightsworn Dominion and be later retrieved with Knightmare Gryphon. Decks that already run Terraforming can search Field Spell floodgates like Necrovalley or Secret Village of the Spellcasters.

As of April and May 2019, floodgates see play in a myriad of decks and strategies. Typically in side decks, duelists play floodgates to level the playing field against other matchups.

There Can Be Only One One of the more recent floodgates to be printed, There Can Be Only One is considered to be an auto-win against monotype decks. With the meta favoring Guardragon and Salamangreat strategies, many decks that run mixed types can easily side this to completely stun the opponent. To an extent, it blocks Sky Striker by preventing them from Link Summoning with their existing Sky Striker Link.

True Draco and Guru Control are decks that heavily play this card, but for different reasons. Guru Control shares different types for the Subterror archetype, which synergizes well with a card like There Can Be Only One. However, True Draco all consist of Wyrms, which is counterintuitive. But because they usually rely on 1 big monster and multiple floodgates, True Draco can afford to lose out on controlling multiple Wyrms.

With so much Special Summoning these days, many slow decks cannot compete with the tempo of Guardragons, Pendulums, and other spam heavy decks. Summon Limit slows the game down tremendously, giving only 2 summons per turn per player. Released in the GX era, Summon Limit aged like fine wine when it comes to its usefulness.

Any slow control or stun deck can use Summon Limit. Interestingly, Sky Strikers is one deck that can utilize Summon Limit. Because their summons can be simple as Kagari and Shizuku, they reach the summon limit with minimal drawbacks. Not to mention Area Zero and Multirole easily turn off Summon Limit when needed. Summon Limit is even more useful due to the specific way it functions. Once flipped, Summon Limit counts the summons that occurred that turn retroactively. This allows for Summon Limit to be used more proactively to disrupt an opponent in the middle of their combo. Locking the opponent out of their Extra Deck has been a strong strategy against many top contenders of the meta. Amorphage monsters all share this floodgate effect while they are on the field as monsters.

In other decks, the use of Hieratic Seal of the Heavenly Spheres can spit out any Amorphage monster. During the opponent’s turn, it bounces any face-up card by tributing a monster and gets an effect to summon any Dragon from the deck if tributed. There are amazing dragons to summon with its 2nd effect, like all the Amorphage monsters. Spheres turn the dragon to 0 ATK/0 DEF, but the opponent needs more resources to rid of it and the other cards that can be used to protect your floodgate.

Probably one of the most discussed floodgates this format is Mystic Mine. This card is undoubtedly very powerful and has the potential to put the entire game to a halt for the opponent. This floodgate is popular for stall tactics like burn strategies. It can also be a tech choice for decks like True Draco and Sky Striker to control the pace of the game.

Although recently released, Mystic Mine is widely hated by the community for the playstyle it promotes. In the OCG, some local stores have banned the use of this card by the consensus of the players. Coming from a format that has Harpie’s Feather Duster legal, this could be bad news for the TCG. Mystic Mine decks have already topped regionals, but YCS Knoxville is the next Premiere Event to show how powerful Mystic Mine really is.

Although impactful, there are floodgate cards that lose favor in the meta. Currently, Gozen Match sees less play due to the large amounts of mono attribute decks like Subterror, Salamangreat, and any Dark deck. Gozen Match was popular in earlier Link formats; it was activated to break Extra Links boards and stop combo decks in their tracks. However, it isn’t as “auto-win” as There Can Be Only One right now.

Rivalry of Warlords falls under a similar banner. Just like how there are many mono attribute decks in the meta, many happen to also be monotype. Endymions are Spellcasters, Guardragons are Dragons, and Salamangreats are Cyberse. However, Gozen and Rivalry will definitely see more play later, for they are incredibly impactful cards. Mistake is a trap that prevents adding from deck except by drawing. It isn’t currently seeing play for a couple of reasons. For one, there’s already a monster version called Thunder Dragon Colossus. Although monster removal is more common in the game than backrow removal, its protection effect makes it more difficult to out. However, Colossus is exclusive to Thunder decks.

Second, many decks get around Mistake. Orcust doesn’t search much and can destroy the Mistake if needed with Knightmare Phoenix before going linking to Mermaid. Also, Dangers! see lots of play, and Mistake prevents nothing except Danger! Nessie!‘s discard effect.

Currently, Mistake could possibly be side decked, but until the meta goes to a search-heavy format Mistake will be seen in many trade binders.

Most floodgates have poor card design. As a result, the forbidden and limited list has hit many of them. Vanity’s Emptiness, Kaiser Colosseum, and Number 16: Shock Master are all examples that are currently forbidden.

In addition, the way floodgates see play creates an unfair aspect of the game. Because floodgates tend to have little to no activation requirements, it is easy to set up a fantastic board and activate the floodgate to secure the win.

Floodgates are undoubtedly strong and easily steal games. However, the pace of Yugioh has reached a point where floodgates become the brakes for the game. Floodgates set an interesting pace, but it doesn’t mean they are 100% healthy. Locking any mechanic that the opposing player relies on creates an unfair advantage, even if there are answers. Floodgates force a response; otherwise, the game is decided.

Are floodgates necessary and healthy for the game? They may be a necessity, but their design can definitely use a change. 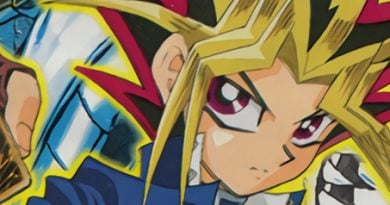 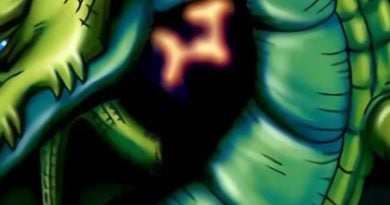 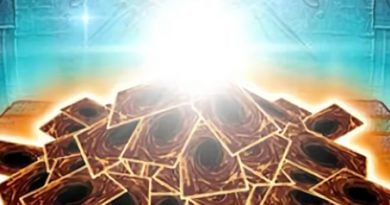