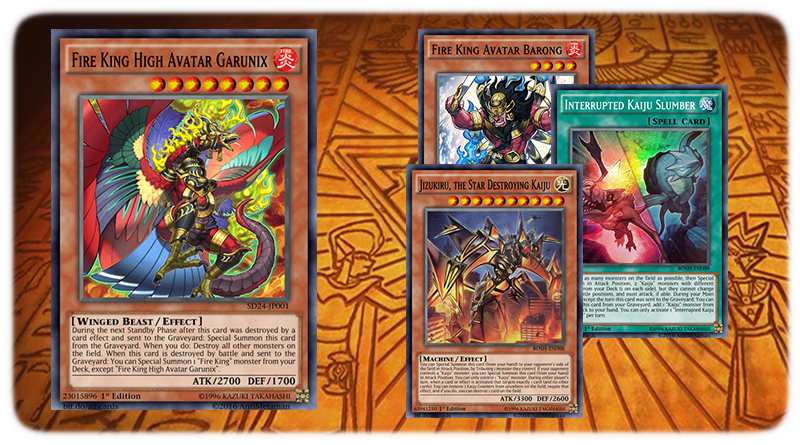 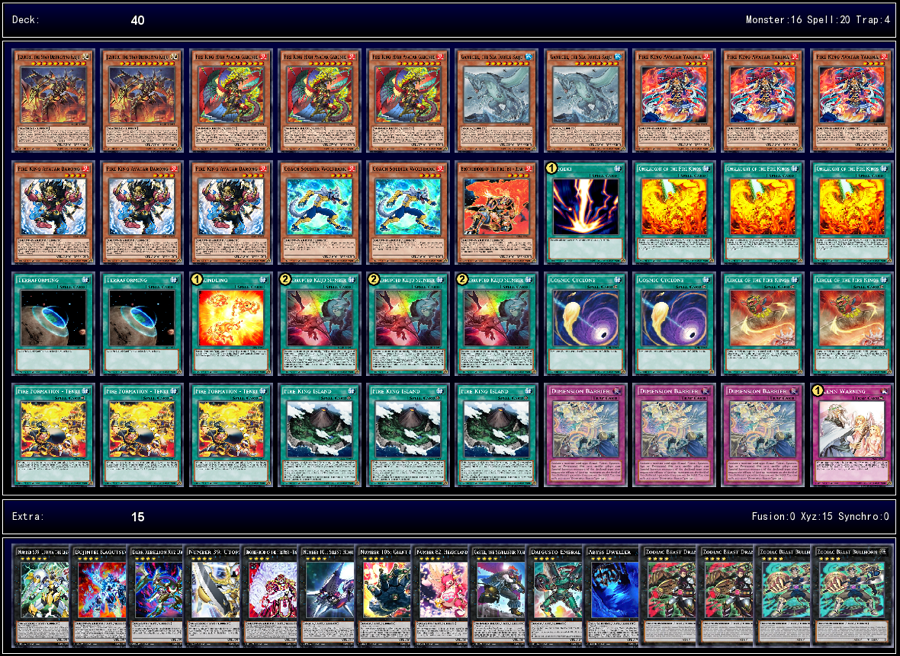 Credit to ConnerKid for Deck and Strategy submission.
Fire Kings are quite annoying and don’t play by the rules of typical decks. Fire King monsters love being destroyed!

The entire deck basically revolves around your boss monster, Fire King High Avatar Garunix. When he is destroyed by a card effect, he will Special Summon himself during the next standby phase and destroy all other monsters on the field! As you can imagine this puts a lot of pressure on decks whose main form of removal is destroying, or don’t have monsters immune to destruction.

Basically every card in the deck facilitates Garunix or supplements his shortcoming (which there are many!).

As for the Fire King spells, Onslaught allows you to just instantly summon Garunix and triggering his destruction effect. Circle allows you to dodge targeting effects or getting in extra damage during the battle phase. Fire King Island is a phenomenal field spells that generates advantage every turn while triggering your Fire King effects.

Then we have other cards that work very well with the Fire King cards.

Tenki is a staple, of course. As all the level 4 monsters are Beast-Warrior.

Brotherhood of the Fire Fist – Bear isn’t as powerful as he once was but he offers quicker monster removal than Garunix and can bait out traps like Bottomless or Compulse.

Rekindling is a blow-out card, as Yaksha and Barong have 200 DEF.

The Kaijus fill a very important role for fire -kings. They get rid of monsters immune to destruction or that are immune to monster effects. This deck struggles to get over cards like Crystal Wing without them. 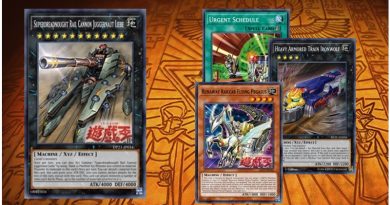 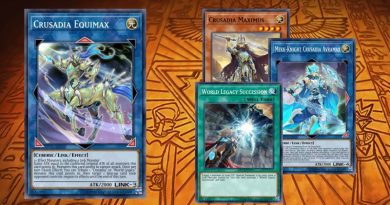 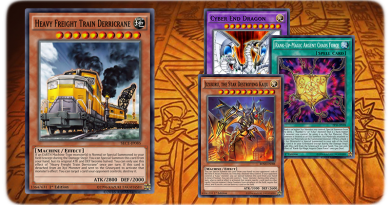