You’re building your Deck and you feel like something is missing. Your Deck is below 40 cards. You have the core cards of your strategy and all the staples you need. What else could you even add? Upstart Goblin is at one, so you don’t get many free spots. That is where an engine can come into play.

An engine in Yu-Gi-Oh is a series of cards that work well together, but there aren’t enough to make a full Deck. As a result, you put the “engine” into another Deck to add something the Deck previously lacked. Another purpose of an engine could be to make a Deck more consistent.

Today, I will go over the classic engines in Yu-Gi-Oh and discuss their power level in multiple Decks. A good engine is one that doesn’t feel like you’re making your Deck worse off. The best engines have done this within multiple Decks either in the same format, or within the entire history of the game. This will be the final part, so this is where a final conclusion will be made.

One of the first engines in the third part to talk about is the ever-so-powerful Shaddoll Engine. This one can take a bit of Extra Deck space, but it can be worthwhile. The main card to use here is Shaddoll Fusion since it lets you use the Deck for Fusion Materials. Most of the time you’d run a few Shaddolls with whatever Fusion matches the Attributes you use in Deck. The most popular Shaddolls over time have been Shaddoll Dragon and Shaddoll Beast.

The engine was mostly used to go into El Shaddoll Winda in many Decks, using the two DARK Shaddolls previously mentioned. It helped if your Deck had more DARK monsters, but sometimes the Dragon and Beast was enough. This engine helped you get a very potent floodgate monster that only let players Special Summon once a turn.

If your Deck could contribute to it, you could also use Shaddolls with an EARTH strategy like Trains to get El Shaddoll Shekhinaga. It was a good option to negate effects while also being Level 10 for your Rank 10s in Trains. Anything LIGHT-based could also use El Shaddoll Construct to help get LIGHTs in grave while benefiting from Shaddoll effects. This engine can get more powerful with more Shaddolls if you need more, but you’re able to minimize whenever possible.

The main reason this engine was popular is because it got the Orcust combo going. You could summon two monsters easily for a Knightmare Link-2 to then link off into Knightmare Mermaid and go from there. Another way you could use this engine was to get into Predaplant Verte Anaconda to do whatever Fusion thing you need, whether Instant Fusion or Red-Eyes Dark Dragoon. It was simple, yet effective, which is probably why Trickstar Light Stage is limited. The potency of this engine isn’t there anymore, but it could rise again with Light Stage going back to three.

If you ever wanted a mill engine, there was nothing better than the Lightsworn engine for many years. In its most simple form, you ran three Charge of the Light Brigade and one Lightsworn for some mills. Charge was able to mill three to search any Lightsworn, which could mill you more while having a bonus effect. The first good target was Lyla, Lightsworn Sorceress for her effect to pop a Spell/Trap and mill three at the end of turn. Later on, however, you got a better target in Raiden, Hand of the Lightsworn to mill two during Main Phase and again during End Phase while also being a Level 4 Tuner.

If you wanted to expand on this engine, you could throw in some more Lightsworns and Solar Recharge for draw and mill power. Lumina, Lightsworn Summoner was another popular Lightsworn when running more of the archetype for her revival and milling. Wulf, Lightsworn Beast and Felis, Lightsworn Archer are good free summons when sent from Deck to grave. You could also add Minerva, Lightsworn Maiden for a Level 3 Tuner that gives an extra mill when she herself is milled. The engine helped fill the grave for effects, and it also provided many LIGHT targets for Shaddolls and Chaos monsters.

Whether it was Paleozoics, Mermails, or early Monarchs, you had a little boost in those strategies thanks to Frogs. Frogs mainly ran Swap Frog, Dupe Frog, and Ronintoadin in their arsenal. Swap Frog was a free Special Summon by ditching a WATER and dumped your Level 2 or lower Aquas to grave. Dupe Frog could search your Swap Frog while also being an attack redirecter that could cause a lock. Ronintoadin finally could always revive itself from grave just by banishing a Frog.

The true power of this engine was discovered in Frog FTK with how easily Swap Frog got Ronintoadin and other Frogs in grave. This was abused with Substitoad and Mass Driver to deal a lot of damage by continuously tributing Ronintoadin after Substitoad got 20 or more Frogs in grave. After Frog FTK, we saw it rise more in Monarch variants to help use Ronintoadin as a tribute engine for your Monarchs like Caius the Shadow Monarch and Raiza the Storm Monarch. You also could dump Treeborn Frog in Monarchs for that tribute fodder and you could access Fishborg Blaster once upon a time before its ban.

Upon the release of Toadally Awesome into the TCG, Frogs found a new lease on life in the meta. You were able to see Frogs in Mermail Atlanteans since they were already using Bahamut Shark and could appreciate more ways to summon Toadally Awesome. Frogs helped them since they were WATERs that helped their other effects like Atlanteans or Moulinglacia the Elemental Lord. The best home for Frogs will probably always be Paleozoic. The Paleos all summon themselves as Level 2 Aquas, which match the Frogs’ Type and Level. This contributed to mass Toadally Awesome spam in that Deck. It doesn’t help that Toadally Awesome is limited now, but Frogs will always reside with Paleozoic for Rank 2 plays.

Here’s a little engine used mainly for draw power. Toons are a fun archetype to play, but they’ve also been a good engine for a few Decks needing to Deck thin. It helps a lot with Toon Table of Contents being able to search itself, quickly getting through multiple cards in Deck. You could also end on searching Blue-Eyes Toon Dragon to use with Trade-In, or you had Toon World to help Royal Magical Library. This is a small engine that has been used with FTKs with cards like Magical Explosion and Exodia.

The engine could get iffy when you get to one Sword but not the other, but it can be a big consistency boost when you got all the pieces. The main raito is three Golden, three Cursed, and one Broken for optimization. This could be another way to get to FTK pieces faster, but it offers more than that. It’s better than the Toon engine mostly because it doesn’t provide as many bricks in theory.

The last three engines I would like to go over are some classic Tribute engines. Apprentice Magician was one of the early Tribute engine mostly due to its floating effect. It could always float into another Apprentice Magician upon battle destruction, and it never summoned in Attack Position to open you up for damage. This engine was useful over a decade ago when Monarchs were first getting printed. It has use going back to Goat Format to help tribute summon your Airknight Parshath and Jinzo as well. You could also always add Old Vindictive Magician at the end as well for a pop, or use Magician of Faith to retrieve a Spell.

Potentially a better engine than the Apprentice Magician alternative, Gravekeeper’s Spy was better mostly since it didn’t have to be destroyed in battle. Gravekeeper’s Spy was a good FLIP effect to summon your 1500 or less ATK Gravekeeper’s from Deck, which Spy itself was one of. You could either flip the Spy yourself or wait for the opponent to attack into it. The 2000 DEF on Spy also made it safe from battle destruction more often than not, meaning you could potentially get two Tributes. You only really needed three Gravekeeper’s Spy, but you could also throw in Gravekeeper’s Guard for a bounce as well to make the last Spy not dead. It was a good tribute engine, and later a good Synchro engine mostly with Spy’s great Level of 4. It’s fallen out of favor, but Spy has had some versatile and nifty uses back in the day.

The last engine is probably the most modern Tribute and Synchro engine, and it made use of another Lightsworn. Super-Nimble Mega Hamster was another FLIP effect that summoned from Deck. However, unlike Spy, Hamster summoned a monster face-down and it could be any Level 3 or lower Beast. The popular target was Ryko, Lightsworn Hunter for its free pop and mill, and really the only target of note. It helped as well that Hamster was Level 4 and had okay DEF. An opponent’s Normal Summon likely wasn’t going to run over Hamster.

The Level 4 Hamster and Level 2 Ryko helped summoning Trishula and other Synchros of varying Levels. The Ryko could help summon Catastor, the Hamster could help summon Black Rose Dragon. The options to Tribute Summon were there as well for Monarchs.  This engine had a short time in the spotlight, but it was very useful in the Synchro era.

Engines have been one of the most noteworthy parts of this game’s history. They have been useful during almost every era of Yu-Gi-Oh and are still seen today. Some of the engines mentioned in this series are still used, and we’ll always keep adding more. We’ve seen the rise of the Eldlich, Numeron, and Dragma engines in 2020 alone. Engines are a prospect in Yu-Gi-Oh that’ll always find a place, all depending on what group of cards are released that work together.

Writer for YGOProDeck and Pojo, I've been a fan of the Yu-Gi-Oh Trading Card Game for most of my time since 2006. I'm fairly passionate about this game and especially for Decks/Archetypes I love. 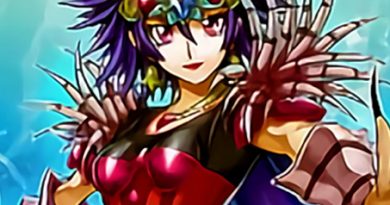 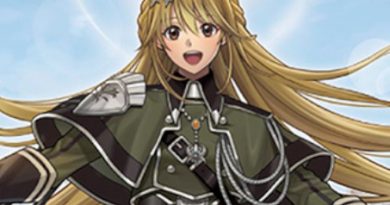 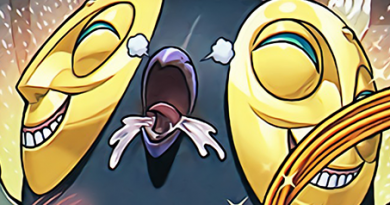 One thought on “Engines in Yu-Gi-Oh History (Part 3)”