Pendulum is Dead! But Not Really…

Heavymetalfoes Electrumite is a card that has carried the pendulum archetype since its inception. At least, that’s what it seems like since no one has really tried to play pendulums without their near omnipotent combo starter until suddenly they weren’t allowed to.  It’s easy to see how losing a Link-2 monster capable of searching any pendulum card AND netting a free draw to the hand might deal a significant blow both to the consistency and power of the deck. However, the hard truth is that Electrumite has been used as crutch for bad pendulum players for some time now.

Turns out, everyone’s best girl Electrumite might have never really been necessary at all.  While it’s certainly true that playing pendulums will never be as easy as it was with Electrumite, the power, consistency, and versatility of the deck remains. The only question left is, how do I want to build my deck, and how do I make it work without Electrumite?

Pendulum is far from dead and is more open to creative deck design than ever. “Pendulum” as an archetype is a loose amalgamation of a variety of small engines, each of which has its own merits and draw backs. In this article I’ll address the following issues:

How do I search for cards I used to grab with Electrumite?

How do I clear bad scaled cards in my own pendulum zones? (Ahem Master Cerberus)

The goal of my deck before was to make Electrumite before pendulum summoning; what is my new combo starting goal?

I hope to answer these questions through a detailed analysis of many of the popular cards/engines available to pendulum players, and how each can help to compensate for the loss of Electrumite. Each of the following are support engines capable of mixing and matching depending on what you are hoping to accomplish with your pendulum deck. One of the greatest advantages of the pendulum archetype is its flexibility, and no two decks should look the same.

For Article One I think it’s best to begin with my favorite pendulum engines: Darkwurm and Guardragon

In a prior life, our favorite dark dragon wurmed his way into most decks as a starter to make Electrumite without wasting a normal summon. For many, it was just a bonus that he happened to plus a free low scale/level seven as material for Odd-Eyes Absolute Dragon when summoned from the scale or straight from the hand. Unfortunately, many pendulum decks will likely drop this package (particularly pure Endymion variants) as it adds a potential garnet to your opening draw and does little to feed the spell hungry Endymion cards.

I cannot stress enough that for most pendulum decks this is a BIG mistake. Darkwurm himself is almost always live and serves as a great normal summon if needed. His best buddy Dragon Shrine is a flexible card capable of sending other big threats like Tempest, Dragon Ruler of the Storms, and Destrudo to the GY if you don’t need or have exhausted your Darkwurm supply.

In Electrumite’s absence, a free low scale is more essential than ever as many decks will struggle to set up proper scales without Electrumite’s free search. Some quick math will indicate that most basic pendulum combos will require at least 4 monsters summoned from your pendulum summon (assuming you haven’t already made a link 2 which is more likely and less necessary than before) meaning that your five card draw on turn one simply won’t be enough without adding at least one card so that you have two cards available to scale and two to summon. Fortunately, Darkwurm is one of many cards available to add this kind of advantage, but unlike many other options, also serves to setup a link two play before pendulum summoning in the same way as before. Darkwurm is still an amazing card and should be a main stay in most pendulum variants.

While it’s true that Darkwurm is playable in most pendulum decks, his status as a level 4 dragon makes him a near necessity in the Guardragon pendulum variant. This is best thought of as an extension of the normal Darkwurm Engine incorporating cards like Guardragon Elpy, Dragunity Knight Romulus, and Hieratic Seal of the Heavenly Spheres in the extra deck, as well as Destrudo, Dragon Ravine, Tempest, and either Aether the Evil Empowering Dragon or Amorphage Sloth in the main deck. Guardragon Pendulums had a lot of hype around them in formats past, most of which fell away after Agarpain was macro-cosmo’d to the banlist. Unlike many of the other archetypes hurt by this change, pendulums were easily able to adapt with a combo as creative as it is powerful. The combo is complicated, so I’ll take the liberty of explaining:

Step 1: Assemble a board of 3 generic monsters + 1 level 4 or lower dragon (namely Darkwurm) and have at least one card in your hand.

Step 2: Link 2 of the monsters into any Link-2 with the same arrows as Electrum (I’ll use Beatcop From the Underworld for this example).

Step 4: Link Beatcop and your other random card into Triple Burst Dragon so that it’s arrow points to the same place as Elpy.

Step 5: Activate Elpy’s effect to summon destrudo from the deck.

Step 8: Activate Ravine and discard to send Tempest Dragon to the GY.

Step 9: Activate Tempest’s GY effect to banish Elpy and Triple Burst from the GY to SS Tempest to the field.

Step 13: Laugh when the guy sitting across from you scoops.

Why Run The Dragons?

The following steps above are basically the worst case scenario aside from a total brick, and ends on a board of roughly 3 negates. Having just one more SS’d monster available means you can activate Destrudo from the grave and make a level 7 synchro play for FA Dawn Dragster. Successfully resolving Servant of Endymion’s Pendulum effect beforehand means you also have a monster negate from Jackal King. Using Zefraniu, Secret of the Yang Zing as one of the generic link materials means you  have access to Zefra Divine Strike. All things considered, this combo is able to incorporate a number of different strategies and is very consistent, even absent Electrumite. All you really need is Darkwurm, which you’ll see in most hands, and a way to get 3 other monsters on the field, which should be easy for most pendulum decks.

The combo is even easier if you can Link-2 before pendulum summoning and you have the additional option of linking Saryuja instead of Triple Burst to generate an ever greater advantage. Although the deck works best going first, the combo works well going second as well, and is easily capable of putting up the necessary 8000 damage for the OTK. Running cards like Ignister Prominence, The Blasting Dracoslayer, combined with Vortex Dragon, means you have an out to most anything.

Why Doesn’t Everyone Use The Combo If It’s So Powerful?

Unfortunately, running this engine is not all positive. For starters, extra deck space is already tight in pendulum decks and running Guardragons means potentially sacrificing access to cards like Apollousa (if your budget could handle it), Knighmare Phoenix/Cerberus, IP: Masquerena, Abyss Dweller, etc. Some sacrifices will have to be made to accommodate everything. Second, the combo requires running a number of bricks. Drawing into them or banishing them with Pot of Desires can spell disaster for your turn and makes running Desires in particular is very dangerous (you may have to pass on it). Additionally, there isn’t much to stop Nibiru from crashing your party with less consistent access to Jackal King, and Dark Ruler No More is pretty much always No Bueno, so the deck is somewhat susceptible to common side deck threats in the meta.

When combined with some of the following engines, Guardragon Pendulum is alive and well, and probably has the highest ceiling possible for a budget player in all of Yugioh. With the exception of Romulous and Hieratic Seal, all of the necessary cards are accessible for less than $2 at the time of writing. The deck puts up big boards, and should make a big impact at your locals or online. The Guardragon pendulum combo should definitely be on every budget and competitive player’s radar as a way to assemble powerful boards Post-Elecrumite. 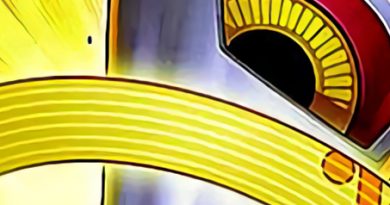 Why are Orcusts Still Topping? 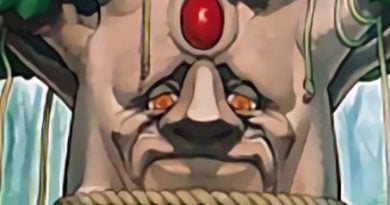 4 thoughts on “Electrumite Banned: Building a Pendulum Deck in 2020 (The Dragons)”