What if somebody told you one of the best cards in Soul Fusion is a common? In this article, we will do a brief analysis on a card from a brand new archetype: Dinowrestler Pankratops.

Dinowrestlers premiered in the anime after Go Onizuka ditched his Goukis. Although their overall potential isn’t as impressive, Pankratops is a card that stood out. What Does it Do?

Dinowrestler Pankratops is a level 7 Earth Dinosaur that boasts an attack stat of 2600. It can special summon itself from the hand if the opponent controls more monsters. As a quick effect, it tributes 1 “Dinowrestler” monster to target and destroy any 1 card the opponent controls. Yes, it can tribute itself! Essentially, its a bigger Cyber Dragon with removal.

Pankratops is currently played in many OCG side decks for going second. It has an amazing attack stat, allowing it to beat over problematic monsters such as Inspector Boarder. However, its main use is with its ability to destroy any card.

Dinowrestler Pankratops’ ability is simple and powerful. Most of the time, it forces a response from the opponent, like negation. The card can also destroy annoying floodgates such as Imperial Order or Anti-Spell Fragrance!

Plus, its level and type gives it much more utility than expected. As a level 7, decks like Pendulums can use it to destroy Anti-Spell Fragrance or use it as a material for Odd-Eyes Absolute Dragon. Also, as a Dinosaur, it can be searched via Souleating Oviraptor and provides fodder for Double Evolution Pill or Ultimate Conductor Tyranno. Pankratops is strong and easy to summon, but it does carry a couple of weaknesses. For one, its effect targets, meaning cards can easily chain in response to it. For this reason, it has a mediocre matchup against decks such as Trickstars.

Although less common since Knightmare Goblin was banned, Pankratops’ ability to target and destroy is futile against decks that focus on Extra Link. This is mainly due to Knightmare Cerberus‘ protection effect.

In most cases, Pankratops will tribute itself, so Called by the Grave can also counter it. However, this is a good bait if you need other cards to resolve such as Burning Abyss monsters.

Dinowrestler Pankratops is an amazing utility card that is used as both a beater and a generic pop. It does target and destroy, but it is an amazing answer to floodgates and forces a response from the opponent. Also, it has a relevant type and level to synergize with other decks. Make sure to pick up these commons on Soul Fusion’s release! 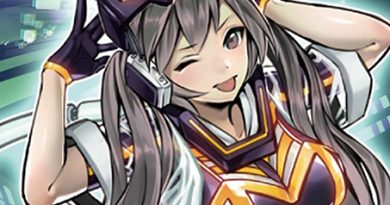 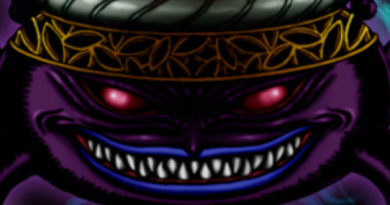