Does anyone remember August 2019? Dimension Shifter, along with Nibiru and Dark Ruler No More (DRNM) were in the Megatins as promos. It’s been 2 years after the drop of the three big meta-hitters. Dimension Shifter was pegged as the worst of the bunch. Nibiru was absolutely meta-shifting, and DRNM’s ability to just 1-for-everything an opponent’s entire board overshadowed Shifter. Let’s examine what is considered to be the best hand trap… if you can run it.

What Exactly Does Dimension Shifter Do?

Dimension Shifter is by no means shifty. It is pretty straightforward in what it does – banish things.

Any card sent to the graveyard is banished instead for a total duration of 2 turns (the current and the next one). It’s a quick-effect that you can activate from hand during either player’s turn. That seems pretty direct – and strong. It’s practically a Macro Cosmos in hand trap form.

Macro is at 1 for a reason – it is very, very, oppressive. Dimension Shifter being an option to stop combo decks from comboing off is very valuable. It does come without drawbacks, however. First of all, your deck has to be able to function with your cards getting banished, too! In addition to that, you can only activate it if you have absolutely no cards in your graveyard. That makes it so that it’s really only going to be live the first turn, and will be a brick mid-game. There are a few decks that can work around that, like Madolche, but I rest my case.

Noting the drawbacks of Dimension Shifter, it’s still absolutely worth the slot if your deck can ever afford it. Some combo decks will outright just win if you can’t stop their turn. Shifter most definitely helps in accomplishing that. Heck, it can stop most decks in their tracks on its own!

One interaction that a lot of people don’t take into consideration is hand traps. Remember, Shifter makes it so that any card sent to the GY will be banished instead. This makes it so that some hand traps will be unusable for 2 turns!

Some cards like Effect Veiler, Droll & Lock Bird, Ghost Ogre, etc. send themselves to the graveyard as cost. With how Yu-Gi-Oh! works, you wouldn’t be able to pay cost properly with Shifter live, hence these hand traps will not be usable! Some hand traps will work, however, like Ash Blossom, since they discard for cost, and don’t need to go to the grave specifically.

Another thing to take note of is the fact that aside from hand traps, there are also spells/traps that won’t be able to function under Dimension Shifter. One for One is a prime example, since it also needs to send to the graveyard for cost.

How exactly will Dimension Shifter Get Better?

The Yu-Gi-Oh! metagame is always changing, as are the decks that are competitively viable… or available.

There are a couple of decks that have amazing synergy with Dimension Shifter, which will only bring its value up in the future.

Exorsister is a waifu deck that has just been released in the OCG. It’s literally a deck that hates the graveyard, and as such has great synergy with Shifter. Setting up your interruption/floodgate in addition to a 2-turn Macro Cosmos is extremely strong. It also helps with being able to withstand going second! You can easily stop opponent’s combos with Shifter and set yourself up for success in your own turn.

Flundereeze is another (currently) OCG-only deck that can utilize Shifter. Burst of Destiny has this archetype, which will be out in the TCG in November! Flundereeze hasn’t been making as big the waves as Xiangjian/Swordsoul has, but it presents a promising competitive force.

Really the downfall that the deck has is going second. It has little to no plays going when an opponent goes first, other than interrupting them with hand traps. This is where Dimension Shifter comes in. As with any other deck that can run it, you pretty much just halt your opponent if you drop it on their turn. This helps you get you set-up and have your engine rolling. And when that happens? You’re taking the dub more often than not.

Dimension Shifter seems underrated. Not every deck can play it due to its drawback of having no cards in the grave as an activation condition. In addition to that, very few decks can actually run it. But boy, oh, boy, if you can – it is absolutely amazing. Stopping a player’s turns outright is extremely valuable and anyone who can do so with one card ought to grab the opportunity. A couple of decks will come out and utilize Shifter, so be ready so you don’t get caught off guard! 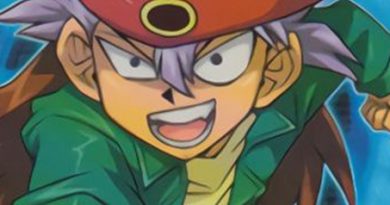 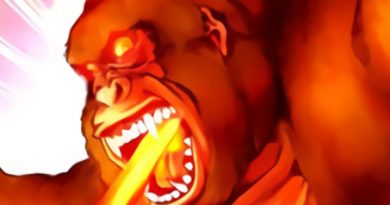 Considering Goat Format Techs 1: The Will of a Mystic Gorilla 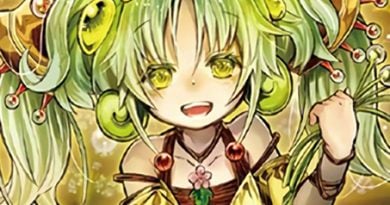 Traptrix - What Changes With Sera

2 thoughts on “Dimension Shifter: The Best Hand Trap is Getting Even Better”