In 2016, D/D was one of the most anticipated archetypes that never got time in the spotlight. When it 1st appeared on the competitive scene in the OCG, many saw it as a strong meta contender. It was a deck that could do everything and was strong both going 1st and 2nd. The only problem was the deck’s high skill ceiling. There’s a quote somewhere that says you could write a hundred page book just on all D/D combos that exist in the game. This led many players studying these combos and lines in preparation for D/D’s arrival to the TCG meta. Unfortunately, this time would never come due to the late release of the D/D Structure Deck and Master Rule changes by the time the deck gets all its essential cards.

In the modern meta, D/D isn’t doing too much. It’s considered by many as an inferior combo deck when compared to the modern options. Still, there are fans of the archetype that love it and have put countless hours in to master the deck. In Battles of Chaos, D/D finally receive some new support that may change their place in the meta. And in today’s article, we’ll be reviewing these new cards and see what they do for the archetype. Will it finally give D/D/D their time? Or will it be too late once again?

D/D Griffon is a Level 4 Pendulum monster with both a scale effect and three monster effects.

Let’s first talk about Griffon’s scale and scale effect. Griffon is a 1 scale which is good for an archetype that may want to Pendulum summon. Griffon’s scale effect boosts the ATK of a Fiend monster by 500 for each Dark Contract S/T with different names on your field or in your GY. This effect helps you get over big monsters and gets Griffon out of the scale. This can be beneficial if you want to use Gilgamesh‘s effect or set up new scales.

Griffon’s monster effects are also quite good. Its 1st effect lets you special summon it from the hand if you control a D/D monster. Naturally, this is good since it’s a free extender which is appreciated in a combo deck like D/D. Griffon’s second effect lets you discard a D/D or Dark Contract card to draw a card if it’s Pendulum summoned. This effect is nice to cycle duplicate cards out of your hand for potential extenders. And lastly, Griffon’s third effect lets you search a D/D card from your deck if it’s reborn from the GY. This helps you search for combo pieces and adds more consistency to the archetype.

Overall, Griffon is a good card that does a bit of everything. It’s a good scale, extender, consistency card and will probably be a staple in all D/D decks in the future.

D/D/D Amnesty King Doom Makina is a Rank 10 Pendulum XYZ monster. You can XYZ summon it by either using 2 Level 10 Fiends or 1 D/D/D monster you control as material.

Next, let’s talk about Amnesty’s scale and scale effect. Amnesty is a 10 scale making it one of the high scales of the archetype. It has an effect that special summons the monster in your other Pendulum zone and replaces it with a Pendulum monster from your field or GY. This effect is good for summoning monsters like D/D Savant Thomas and D/D/D Oblivion King Abyss Ragnarok. You can also use this effect to setup your other scale for a Pendulum summon or scale effect. This effect also synergizes with Amnesty’s third monster effect which lets you place it into your scale during your Standby Phase. However, the issue with this, is that if Amnesty survives until your next Standby Phase, you’re probably in a winning position anyways and won’t need this effect. Furthermore, this is also the only playable way of putting Amnesty in the Pendulum Zone.

Finally, let’s talk about Amnesty’s monster effects. Amnesty’s first effect is a condition that lets you only control 1 Amnesty in the Monster Zone. This effect is here since neither Amnesty’s summon nor second effect is once per turn. It would be kind of broken if you can have multiple Amnesty’s on the field since they’re so easy to summon. This condition also prevents Amnesty from using itself as a XYZ material, preventing Zeus shenanigans.

Amnesty’s second effect is the one we really care about. It triggers when your opponent activates a monster’s effect on the field and lets you either detach 2 materials or destroy a Dark Contract card you control to attach that monster to Amnesty as an XYZ material. Although this effect doesn’t negate, it’s still a good form of disruption that’ll cause problems for your opponent. This effect is also a once per chain effect meaning you can get multiple uses out of it if you control a Dark Contract card.

Overall, Amnesty is a great addition to the D/D archetype. It’s easy to summon, triggers your D/D/D summoning effects, and provides a form of disruption at the end of your combo within the archetype. It also has great stats and a cool artwork.

Patented Dark Contract Documents is D/D’s new Dark Contract field spell. It has 2 effects; 1 which restricts your opponent from summoning and another that provides GY/Extra Deck recursion.

Document’s first effect burns your opponent for 1000 damage if they special summon a monster with the same card type as a D/D/D monster you control. This effect also restricts them from summoning monsters of that type for the rest of the turn while Document is face-up on the field. While this is a rather niche restriction, it can be effective in specific matchups. For example, against Utopia, locking them into just 1 XYZ summon can cripple their strategy. This also shuts down other similar strategies like Junk Speeder Synchro climb and Link climbing decks.

Document’s 2nd effect activates if it’s sent to the GY and returns 1 D/D monster from your GY or face-up Extra Deck to your hand. This effect can be triggered by D/D Lamia, Orthros, and Amnesty. This is a good way to recycle your resources and is appreciated in a deck like D/D where a single card can go a long way.

Overall, Document is a decent field spell that can shine in specific situations. Although it may not be relevant in every matchup, when it is, it’ll certainly pack a punch. It can be a brick, but it can also be the one card that wins you the game.

D/D/D Headhunt is our last new card and is a trap that is similar to Crackdown. It also requires you to control a D/D/D monster to activate it.

Headhunt’s effect lets you steal a face-up monster your opponent controls until the End Phase of the next turn. The monster taken is also treated as a D/D/D monster if it was summoned from the Extra Deck. Furthermore, it also has its effects negated and cannot declare an attack. Headhunt is a card that’s better when ahead but worse when behind. The advantage Headhunt has over Crackdown is that it’s not a continuous trap. This means it doesn’t need to stay on the field in order to resolve. Headhunt also has the advantage of negating the monster’s effect. This lets you chain Headhunt to an effect where as Crackdown usually has to be activated prematurely to be effective. Headhunt also synergizes with Amnesty since you can use the monster taken as an XYZ material if it’s an Extra Deck monster.

Headhunt’s only disadvantage is that you need to control a D/D/D monster to activate it. Although this isn’t an issue in a pure D/D deck, it can be problematic if you aren’t able to establish a board. Headhunt also doesn’t contribute to your combo’s consistency which can be unattractive. Since D/D is a combo deck, you’d usually rather see starters and extenders over Headhunt in your opening hand. Still, the card does have its merits. It’s effective when you can activate it and you can search it through Griffon so it can be a potential 1-of.

Overall, the new wave of D/D support is pretty good. It gave D/D some more utility cards but also added another set of problems.

The main issue with the deck is that it’s very complex. While the deck does gain a new world of possibilities, some may say this is also a new world of problems. After all, D/D is a deck that requires extremely accurate play to pilot at the top levels and 1 mistake can easily lose you the game. However, this doesn’t take away from the quality of the support being great. D/D Griffon and Amnesty in particular are very strong and will likely be staples in future D/D decks. Documents and Headhunt on the other hand are more niche but are also both playable and can be strong in specific situations.

If you’re interested in a high skill ceiling deck, D/D might be the deck for you. Although it does require a lot of time to master, it’s also one of the most rewarding archetypes when played correctly. The deck really is just a “big brain” deck and requires sort of a genius to play, which makes sense. After all, it’s pilot in the anime is the great Akaba Reiji! 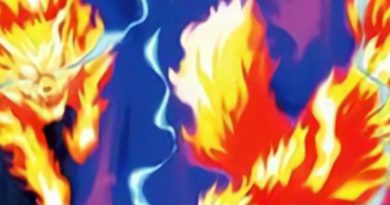 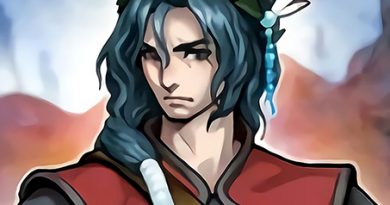 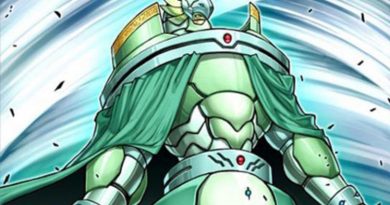 The Monarch's Reign Part 1: The Power of the Monarchs