Interestingly, almost every protagonist of LINK Vrain’s archetype has impacted the metagame within the LINK Vrain era.

Blue Angel has Trickstars chipping away at your life, Go Onizuka (or George Gore) with disgusting Gouki Links that amalgamates into a beautiful azure U-Lock.
Ghost Girl had annoying negates in Altergeist and even Revolver with his Rokkets displaying an array of multiple draconic negations. Soulburner was the latest addition to this trend with his fiery furry friends of the recursive Salamangreat tribe.

But what about the protagonist Playmaker, and his Code Talker crew? Surely the world-saving archetype that the hero wields is undeniably one of the best decks in the game?

Despite having an entire era to prove themselves, Code Talkers could never solidify themselves as the poster archetype of Link Vrains. Yet after the implementation of MR5, Code Talkers suddenly emerged in a small corner of the OCG Meta Reports.

Could these coded warriors finally compete? A few of my local OCG players went to test this deck out with superb results and I am elated to present the results of their efforts.

So without further ado, let’s get riiiiight into the Vrains!!!

Reference – do check the website out for more OCG good stuff!

As the OCG meta slows more, an interesting variant of Control Code Talkers emerged to compete against the new competitors from PHRA, such as Tri-Brigade, Prank-Kids, and Virtual World. This is the latest iteration of the deck we have agreed on.

This variant aims to summon Decode Talker Heatsoul with one card starters, before setting unfair traps to grind the game out. With every passing turn, Heatsoul draws one more card while your opponent frantically struggles to deal with your floodgates. With your eventual excess advantage, you can proceed to make Accesscode Talker to close up the game.

As the deck revolves around the advantages that Heatsoul generates, many has fondly referred to the deck as “Heatsoul Set 5.”

Your main objective is to make Decode Talker Heatsoul (or Accesscode Talker if going second). To this end, Lady Debug, Cyberse Gadget and Code Generator are your ideal draws.

Cyberse Gadget may also summon Heatsoul by its own presence.

It is extremely simple to summon Decode Talker Heatsoul! With the effects of Micro Coder and Code Generator, you can also instantly Link Summon Heatsoul, playing around a possible Nibiru, the Primal Being or even Maxx “C”.

Micro Coder can tutor Cynet Mining to add Code Generator, or Cynet Conflict for an additional layer of defense.

During this current OCG format, Combo decks have finally taken a break, letting many tempo decks like Dogmatika Invoked and Thunder Dragon dominate.

Code Talkers are able to play around popular disruption such as Artifact Lancea, Nibiru the Primal Being, Infinite Impermance and Dimensional Barrier while packing a small engine.

Going first, the player can easily draw at least two cards with Heatsoul, while Transcode+Accesscode can easily demolish boards and life going second.

The constant advantage generated by Heatsoul and the ability to perform strikingly as an unexpected competitor has allured many to pilot this deck to success.

The diversity of Cyberse Support is vast, yet we should recognize which contributes to the deck’s game plan.

As such, techs will fall under two categories: improving the consistency of summoning Heatsoul/Accesscode, or denying the current metagame.

Mind Control and Crackdown are fantastic ways to remove opposing threats while fueling your link summons.

Players may want to try substituting Normal Traps for more Handtraps, as the increased possibility of Heatsoul drawing into a Handtrap is always better then any other outcome.

As the deck’s engine is small, you can easily fill in the rest with Traps/Handtraps relevant to your current meta, or more Cyberse support to swarm the board.

As this deck seemingly ends on a harmless monster that only draws, the opponent should be wary of the nature of deck used. Unfortunately, there is no one single card to stop the progression of Heatsoul, as the summon is usually unexpected and also unimpressive.

You can consider Fantastical Dragon Phantazmay to build a board, and Nibiru The Primal Being (during his Accesscode turn) Spell/Trap Removal is extremely important to clear Cynet Conflict. Skill Drain can remove Code Talker’s win condition, but you might still have to deal with 2300ATK strong monsters. Otherwise, I believe competent Combo Decks should win against Code Talkers unless you meet an unfortunate relevant floodgate/Counter Trap.

Otherwise if all fails, just wait until your opponent pays too many life points with Solemns and Heatsoul, before a quick Sky Striker Ace – Hayate poke!

Nobody would have seen this coming. Code Talkers suddenly becoming relevant, but with a control aspect. I personally love the way this deck plays out with its own unique style of resource generation. If the TCG ever gets Decode Talker Heatsoul, please try this deck out!

Lets see if you can also achieve Playmaker’s uninterrupted win-streak with his deck! 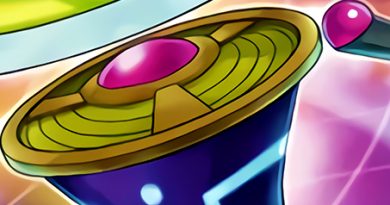 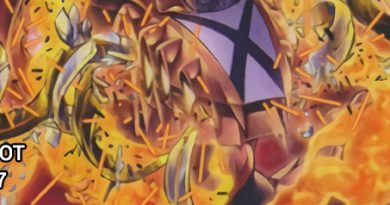 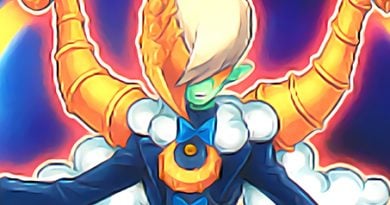