Card advantage is a way of evaluating cards, lines of play and boardstates by comparing how many cards you have access to compared to your opponent. The easiest way to do this is just to count how many cards are on board and hand. A line of play that lets you change the balance from what it was in your favor is good card advantage. This is commonly called a plus. A line that ends in you losing cards is a neg. There are, however, some clear imperfections with using this system which we will cover today. Rather than lines of play, I am going to go over card evaluation using this framework.

Card advantage works so long as we are evaluating very simple cards. Pot of Greed draws 2 cards from one card, meaning it is a +1 in card advantage over your opponent. This is clearly a broken card since there is no drawback. As soon as we get into cards with more complicated text on them, however, it stops being so transparent. Pot of Desires is not run at 3 in every deck despite being just as much of a +1 as Pot of Greed. Talking about where and why you should play desires is enough material for its own article. This presents the main issue with evaluating cards solely using card advantage. As soon as you put in more variables, it starts to break down as an evaluation metric.

This is the most basic of the arguments against card advantage as a model to evaluate cards. A card has text on it. Thunder dragon adding 2 copies of himself is a +1. Before he got a big chunk of legacy support, you needed to turn this “empty advantage” of two 5 star 1600 atk monsters into something that helps you win the game. While there are ways to do this, such as with a chaos engine or discard effects, it was generally not seen as optimal. Part of what makes Pot of Greed so broken is that there is nothing restricting it from drawing the two best cards in your deck.

The fact of the matter is there are cards give you to access incredibly powerful strategies in this game. Finding these cards can propel you way further in advantage than just counting things in the known gamestate would. A card like Allure of Darkness does not plus you unless you hit one of the rare cards that give you advantage from being banished. Regardless, it has seen play throughout the game because it allows you to see more of your deck and possibly replace the worst monster in your hand with a better card.

Decks generally play bad cards to facilitate a good gameplan. Other than the “garnets” you never want to draw, most decks are going to play some cards that are only ok. Cards like Alich, Malebranche of the Burning Abyss or Danger! Chupacabra! are worse than other cards in their archetype. Some decks will still play these cards to have access to their effects or just another unique name. However, you really don’t want to actually draw them. This makes searchers more valuable than a draw in those decks. A draw can be any card in your deck, but a searcher will always be the best target for that searcher. Under a model of pure card advantage, a search and a draw 1 will be valued equally. This isn’t how the game actually works out in reality.

Tempo is almost a foreign concept in Yugioh. It’s about how the pace of the game is going. Tempo is still a crucial concept in evaluating cards however. If you have ever argued a card is too slow, it’s usually a matter of tempo. Ledger of Legerdemain is a +2, but delayed by several turns. This makes the card unplayable since that means you are at a neg for multiple turns. Preventing your opponent from executing their gameplan is also an example of tempo. This is where handtraps shine. Most handtraps do not create an instant and tangible plus. What handtraps end up doing is stop your opponent from plussing, disrupting your own pluses, or killing you.

Twin Twisters is not just played where you have cards that give you a plus from being discarded. You also play it to ensure that you can get your plays through their backrow. Sometimes, even if you are often hitting blanks or only a single target, being able to hit your opponent’s only piece of disruption is so valuable that you are prepared to go neg for it. Meaningful interaction can both stop you from making your plays and prevent your interaction from stopping their plays. Seeing this from a pure simple advantage stops you from realizing that executing your gameplan usually is plussing in Yugioh.

Another point where tempo trumps card advantage is with normal summons. Having 4 cards you need to normal summon is only meaningful card advantage if the game goes long enough for you to use all of them. Souleating Oviraptor is fully capable of searching itself, which is a theoretical +3. This isn’t actually how successful dinosaur decks use the card though, since it is so abysmal for tempo.

My third and final point is the context in which your cards are able to plus you. Some cards can only plus you if you play other very bad cards to enable it. This leaves the risk for drawing these bad cards without their enablers which leads to them being empty advantage.

The most extreme example of a card hampered by context is That Grass Looks Greener. Now do not mistake this as an endorsement of unbanning the card. You have to deal with the inconsistency added by playing an additional 20 cards in your deck, that much is obvious and almost solvable using the maths we apply when assessing card advantage. But that isn’t the only factor is it now? Generally most cards that are equally good in grave and hand are not exceptionally powerful in either place, so usually the build-around process for Grass makes you lower the card quality further than just what you automatically do by playing 60 cards.

Beyond that, you are also going to have to look at what possible interactions can happen when you sit down across someone. You can encounter someone with a deck with more than 40 cards in it, lowering the power of grass. They can also have interaction stopping you from using or resolving Grass such as Ash Blossom & Joyous Spring. You could be going second and they search out, draw, or banish cards face down. This would in turn increase the power of a resolved Grass. Not a single one of these factors are about card advantage. So what you have to do is look at how this build-around card warps your deck and how that stacks up against the commonly played decks.

Card advantage, while a useful metric does not work as the only metric. This leaves you making wildly incorrect conclusions about cards and really the entirety of the game. The next time you see a yugituber with a title of INSANE DECK, +8 FIRST TURN WITH TWO CARDS!! you might want to stop before you take out a second mortgage to buy into the hype. Is the advantage meaningful? Does it line up well against popular means of interaction? Are the cards individually powerful or dead without the other combo piece? Card advantage is not the end all be all and that’s really important to remember. 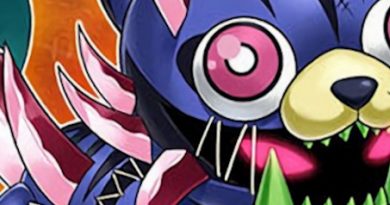 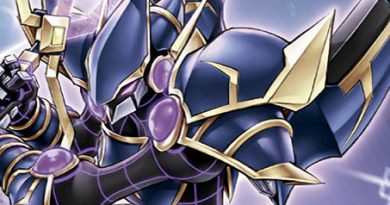