Goat Format has a lot of different strategies and decks that you can play, despite having a small card pool. One of the bigger challengers to Goat Control today is Skilled Chaos, actually. It’s a powerful build, and Skilled Chaos in Goat Format is a really strong control deck. In this article I’m going to lay out the build, talk about the card choices and why the deck plays what it plays, and some of the basic strategies that it employs.

Let’s dive into it, shall we?

Before I delve into card choice and strategy, I want to show you what the typical Skilled Chaos build is packing. This is a pretty standard list, and the one that you should prepare for and have in your gauntlet. I talked a bit about Skilled Chaos in my Chaos Control article, and if you’ve read that you’ll know that Skilled Chaos is just one of the main variants of Chaos Control as a whole. Take a look at the build:

More importantly, it allows you to re purpose Chaos Sorcerer by baiting battle traps and Snatch Steal. That’s a pretty important function of the deck and something that Shining Angel and Thunder Dragon don’t really do all that well.

To be fair, Shining Angel does that as well, because people don’t like to let recruiters get their effects. But Angel vs. Airknight is a losing matchup, whereas Skilled White vs. Angel – at least, a Skilled White in defense – mitigates the threat.

Asura Priest, Black Luster Soldier – Envoy of the Beginning and Breaker the Magical Warrior are staples in a control deck.

With the first, you have a LIGHT monster that can fuel the latter and also blast through multiple monsters in a single battle phase. More importantly, Asura Priest is a Spirit monster, which means that you can commit it to the board without having to commit hard to the board.

Black Luster Soldier of course is the boss monster of the format, and since this is a Chaos deck, it naturally belongs. Breaker is a walking +1 when he pops a backrow more than not, which is great in a control build.

Two copies of Chaos Sorcerer replace Airknight Parshath, and they do it fairly well. Sorcerer is a free plus when you summon him and banish an opponent’s monster, so that’s how he’s most commonly used.

Because of this, two copies tend to be enough. They respond well to an opposing Airknight, Black Luster Soldier, or Thousand-Eyes Restrict very well, and setting up the graveyard with this build isn’t usually all that difficult.

Now we come to the flip monsters of the deck. Magician of Faith is fairly obvious – a LIGHT that can get back Spell Cards is awesome. Dark Mimic LV1 and Dekoichi both provide draw power that is lost with Airknight Parshath’s removal.

Mimic is also a Level 1 monster, which means it’s good fuel for Metamorphosis. Dekoichi is more a meta call than anything; you could also run Magical Merchant in its slot, but that’s a bit risky with Chaos.

Notice that the deck doesn’t play Morphing Jar. While it may seem like a good card, as it can put monsters in grave to fuel Chaos, you often don’t want to lose your hand to a Morphing Jar because it has too many cards you need. Chaos Control can’t run through resources like Chaos Turbo can because it’s not built to be able to handle that.

The rest of the monsters are pretty much staples. Sangan searches Sinister Serpent, which is a free plus when discarded and a way to mitigate an opposing Duo. Tribe is a staple, though I will say some people don’t use it as much in Chaos, which is bizarre. Tsukuyomi at two is also a staple in most decks, as it’s the best way to recycle flip monsters and out opposing Thousand-Eyes Restricts. The Spell lineup of Skilled Chaos is pretty much the same as Goat Control, but it doesn’t run Premature Burial. Instead, it plays a third Book of Moon, which keeps the count at 16.

I’m a big fan of 3x Book of Moon even in Goat Control, honestly. It’s one of the most versatile cards in the game.

But more importantly, in Skilled Chaos, Book of Moon does a lot of things really well. For instance, it’s a solid way to out cards like Snatch Steal, and also protect your few attackers from things like Sakuretsu Armor or Mirror Force. The rest of the spells, though, are literally just like Standard Goat.

The reason why Chaos tends to omit both Premature Burial and Call of the Haunted is that they usually end up being wasted space. The deck has little need for recursion since it doesn’t play Airknight Parshath.

That’s the play of the day with those cards – bring back Airknight for a free +2. You could play it, I suppose, but if you’re playing Premature or Call you’re mostly looking to bring back a Chaos Sorcerer, which is more difficult to get into the grave after it’s been properly summoned.

Remember, you can’t discard a Chaos Sorcerer and then summon it, so you have to setup your graveyard to not only get Sorcerer on board, but then have it go to the grave, and then summon it back. That’s often multiple turns of setup which rarely works out.

The deck also doesn’t play Dust Tornado, which it almost doesn’t need. There’s not much that you want to catch with Dust Tornado because a lot of your monsters are going to be face-down. This is especially true in the early game.

Plus there’s not much room – in a Chaos deck the monsters are almost more important than the spells and traps, and Dust Tornado gets less useful if you’re not baiting out Snatch Steal. If you’re dropping a Chaos Sorcerer to bait a Snatch Steal you’re probably playing it wrong anyway. The deck is a Chaos deck first and foremost, so many of the same basic strategies apply here. But it tends to play more like Goat Control than Chaos Turbo.

This means that you’re looking to maintain advantage, stay up on the numbers, and find your chip shots where you can. Since the deck doesn’t run Shining Angel, you can’t just drop your Skilled White and know that it’s either going to die by battle and replace itself or else take out another card with it (i.e., Nobleman of Crossout).

More importantly, Skilled White Magician is a major wall against Airknight, which is one of the main ways to use it. It’s good NoC bait, don’t get me wrong – a first-turn set Skilled White isn’t a terrible play by any means.

But you really want to get your Tsuk locks setup and try to maintain advantage. With Chaos Control it’s a grind game more than anything else. The deck doesn’t play Dimension Fusion or Card Destruction for major swings in momentum or advantage or to setup game shots. It’s not a turbo deck; it’s a control deck.

The key is passive aggression. You want to force your opponent to play power cards to out your non-Chaos monsters so you can use your Chaos Sorcerer to take out bigger threats.

For instance, against Goat Control, you want to use Sorcerer to out Thousand Eyes and Airknight Parshath. You don’t want to just drop Chaos Sorcerer whenever you can; the deck only runs two copies, after all, so when you want to drop them is when you know that your opponent can’t easily overcome them.

A lot of people will play cards like Mind Control, Creature Swap, and Trap Dustshoot against Chaos decks. They’re great counters especially against Chaos Control. And you’ll want to watch out for these cards as well.

But there’s not a lot you can do to play around them, as the main deck is built to counter Goat Control first and foremost. So if you’re playing against Goat Control, it’s more about how you play your cards than the cards you are playing. That’s not to say that there aren’t post-side strategies that Chaos Control employs. For instance, Mind Control and Creature Swap are great against Chaos Control. They can take your monsters and use them against you.

Mind Control is a pretty powerful side deck card against Chaos, especially if you’re leaving Sorcerer face-up. Mind Control can let your opponent banish the Sorc that they take, or they can take a card like Mimic or Magician and use its effect against you. So post-side you really want to watch out for these cards.

There’s not much you can do against Trap Dustshoot other than play around it. You should expect Trap Dustshoot; it’s one of the main counters to Chaos and really any non-Goat Control deck in the format.

So if they activate it against you, you just have to play through it like any other deck. Dustshoot is probably weaker against Skilled Chaos than it against against Thunder Dragon or Angel Chaos variants, but it’s still a powerful card.

But other than playing around potential side deck options, the Skilled Chaos post-side strategy is about the same as it is pre-side. Your win condition is the same and how you approach the matchup is the same.

Obviously you’ll want to side appropriately for non-Goat decks such as PACMAN, and how you counter that is going to be up to you. Seven Tools of the Bandit is great against any deck packing Solemn Judgment. You should be playing Dust Tornado in your side for decks that pack stall cards (again, PACMAN comes to mind). But against Goat Control, there isn’t much you actually have to side against it.

Skilled Chaos Control is a fun Chaos variant that has been seeing more play in the Format Library metagame. It’s making waves in the format thanks to it’s power and toughness. Really, it’s something you should definitely be prepared for and understand how to counter it. Hopefully this overview gave you some ideas of how to play the deck and approach the matchup. And even if you’re not playing Skilled Chaos, it’s important to know how the deck works and what it’s trying to do. Skilled Chaos, like Angel Chaos, has a strong early game, and can generate advantage as well as Goat Control – sometimes even better. How you play against it is up to you.

That’s it for this time. As always, make sure to bookmark us for all the latest in Goat Control, modern, Trinity, and everything else Yu-Gi-Oh!. 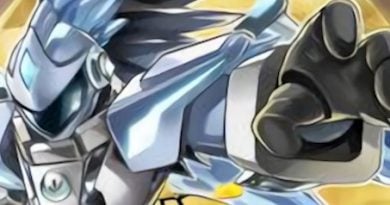 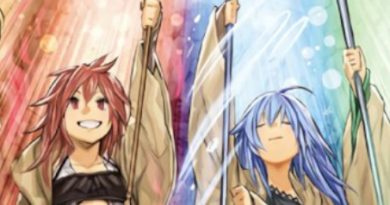 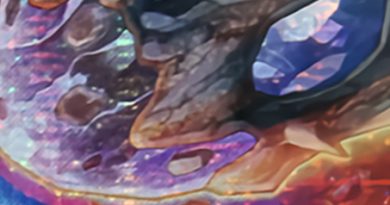