What makes Goat Control so good is its versatility. Being able to combat threats via a number of different options is a great advantage, and Goat Control has a good mix of advantage generators, aggression, control, and power. It uses a wide array of powerful cards to maintain card advantage, tempo and momentum. To be fair, most Goat Control decks run the same 30-35 cards; if Exarion Universe is included in the format, Goat Control as a deck is pretty much solved. But without Exarion Universe, deckbuilding becomes more tactical and the card pool opens up. Play style has a much larger impact on Goat Control as a deck than perhaps any other in the format.

If you look at modern Goat Format decklists, most are built with Goat Control as the deck to beat. This is by design; it’s not called Chaos Control format, after all. When you are studying the Goat Format metagame, Goat Control is the de facto top deck based on results both historic and modern, and you should approach deckbuilding and side deck construction with this in mind. Scapegoat, Metamorphosis, Thousand-Eyes Restrict, and Tsukuyomi form the backbone of the deck. They really put the “control” in “Goat Control.” Those four cards allow you to counter a number of threats while also controlling the pace of the duel and forcing your opponent into a subpar position. These are often the cards that you see multiple copies of in the deck.

Other cards that the deck runs in multiples are Magician of Faith, Airknight Parshath, and Magical Merchant. These are the primary advantage generators of the deck. Magician can recycle Spell cards while Airknight can deal piercing damage and also draw cards. Airknight is often considered a mini “boss monster” due to its draw and pierce effects. Merchant, like Magician of Faith, is a Level 1 LIGHT FLIP monster that nets you a card if you get its effect off.

The main boss of the deck is Black Luster Soldier – Envoy of the Beginning. Most Goat Control decks are built around him, notably with their monster lineups. Having enough LIGHT and DARK attribute monsters to make Black Luster Soldier live is important and with the primary LIGHT monster of the deck being Magician of Faith, a FLIP monster, care must be taken not to lose it to Nobleman of Crossout.

A basic Goat Control skeleton will include these monsters: The Spell and Trap lineups for Goat Control are fairly standard, and many of these cards are seen in the other decks in this article as well.

A basic Goat Control skeleton will include these Spells:

A basic Goat Control skeleton will include these Traps:

Note that ratios of any unrestricted card will be subject to change. Also, there are numerous tech cards that people might play that I won’t mention here. But regardless, for most matches you play, you can expect to see these cards more so than any others. Historically, “Chaos” has referred to decks based around Black Luster Soldier – Envoy of the Beginning and Chaos Emperor Dragon – Envoy of the End. Back in 2005, when Goat Format was live, “Chaos” often referred to Goat Control. “Cookie Cutter Chaos” was what a lot of people referred to it as back in the day.

In modern Goat Format, Chaos often refers to any deck that is packing multiple copies of Chaos Sorcerer. Chaos Sorcerer has exploded in popularity since the revival period (2012-2016), and there are some players out there who believe it has usurped Goat Control as the best deck of the format. This is debatable; however, there is no denying the power of Chaos, regardless of which iteration of the deck you play.

The Many Faces of Chaos

There are four main types of Chaos decks in Goat Format:

I should note that those definitions are lifted almost word-for-word from what Kris Perovic (widely regarded to be the best Goat Format player today) has to say on it. Those are his definitions, but the community has largely come to accept them, and they are reproduced here for that reason.

Chaos decks offer a lot of power and advantage generation and are built to counter conventional Goat Control decks. Most will agree that they do not take as much skill to play as Goat Control, though they still take skill to pilot effectively. You should expect to see Chaos decks about as often as you see Goat Control decks; they have become highly prevalent in the online metagame. Burn, as a deck, is nothing new. Most everyone understands the concept of a burn deck, and in Goat Format they are no different. Burn is a rather powerful deck in the Goat Format metagame. In fact, many people hold the notion that it has the best game one matchup of any deck. Note that they say game one – burn is easily sided against, at least usually, and once the match proceeds into games two and three, burn loses its edge.

There are many variations of burn, but most all of them focus on a combination of burn traps, stall, Lava Golem, Stealth Bird, and Wave-Motion Cannon. As such, I won’t be delving into all the iterations of burn you can face. Your side deck should already have anti-burn cards in it; they should be enough to counter any variant you see.

You should expect Burn to be packing at least some of the following: Alt-win encompasses any deck that doesn’t win conventionally. This includes decks such as Exodia, Empty Jar and Last Turn. Burn is also an alt-win deck, but it gets its own category because it sees more play than any other alt-win deck. You won’t see alt-win decks very often, but they do have their niche in the Goat Format metgame.

OTK decks are decks such as Ben-Kei OTK, Last Will, and Dimension Fusion Turbo. They are often fast-paced, aggressive decks that seek to deal game damage in a single turn. Siding accordingly goes a long way to combating OTK and alt-win decks.

The best thing about Goat Format is that the metagame, on the whole, doesn’t change much. Card choices, tech choices, and strategies will come and go. How we approach the metagame may change. But those decks listed above are, for all intents and purposes, here to stay. They are structurally sound, powerful decks, and you should prepare yourself for them if you want to have a chance of winning in Goat Format.

I’ll be releasing more articles in the coming weeks and months that will go into more depth about the decks and concepts introduced today. Make sure to bookmark us and to keep coming back for the latest about Goat Format decks, strategies, tips, and more.

That’s all for this time. If you want to contact me with questions or critiques, email me any time at [email protected].

Latest posts by Anteaus (see all) 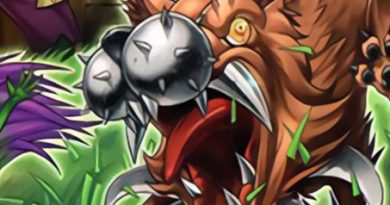 Balance and Restart in Duel Links 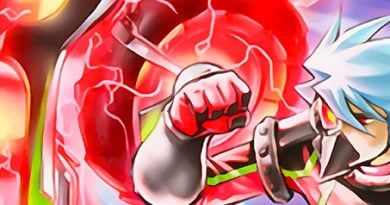 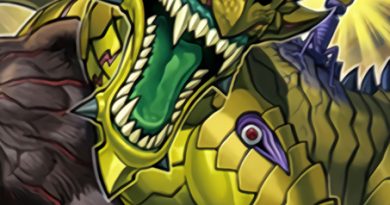 Other than the highly-anticipated Link VRAINS Pack imports and the exceptional Skulldeat, the Chained Dracoserpent, there isn't a whole lot about February's Extreme Force that TCG players are looking forward to. Two of the three new archetypes introduced in the...