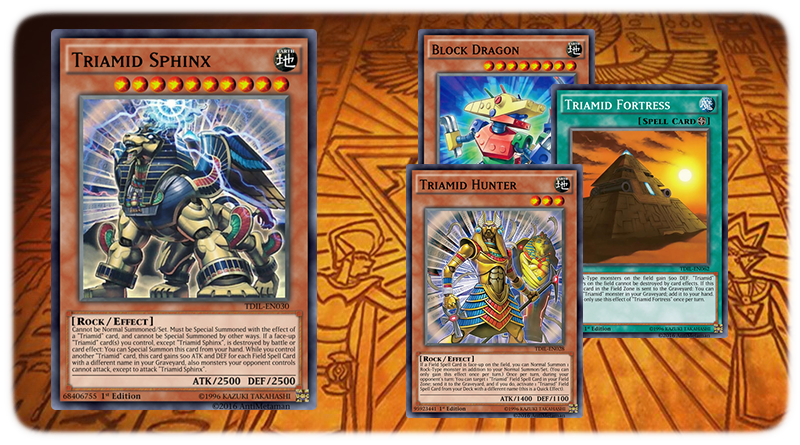 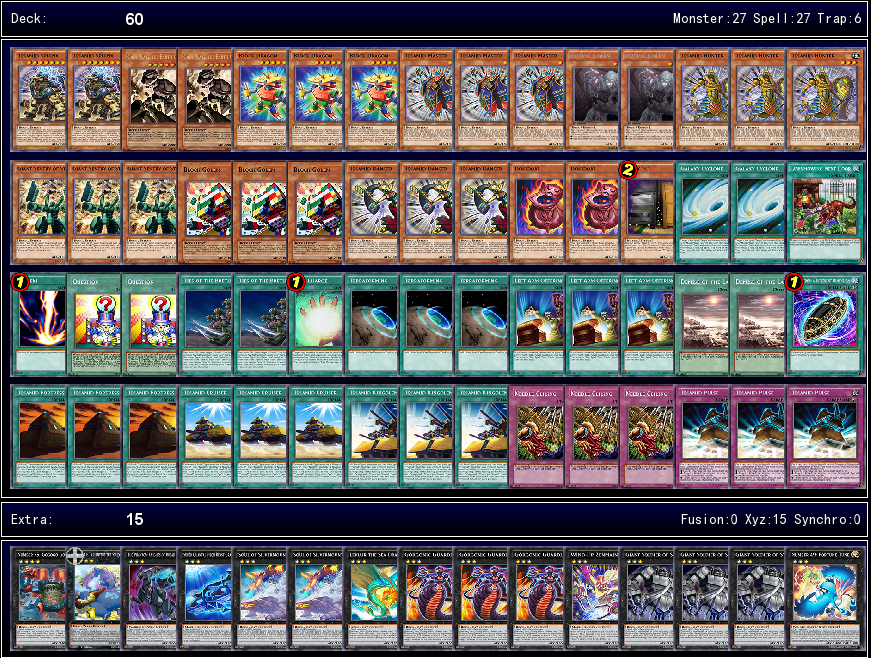 Credit to Badaaron for Deck and Strategy submission.
The main concept you have to understand, and the reason i see so many triamid builds try and fail is the concept that triamids do not make great first turn boards. Almost all Triamid deck builders I know ignore that and try to make triamids into some sort of xyz spam focused first turn stun deck, which is simply not how they should be played. Always keep in mind that triamids establish their boards during the OPPONENTS turn, which is unusual, but it works so much better than trying to make some half assed lockdown board with a deck that can\’t even use half of their effect during your turn. The main strategy revolves around the triamids second effect, which relies on you having a field spell (thats why there are 3 of every field spell + 3 terraforming and 2 demise of the land in here). The 3 Field spells represent offensive power (kinglet), defensive power (fortress) and speed (cruiser). Switching the field spells at appropriate times is the way to make your opponent struggle and take advantage of the field, and if done right, can net you huge plusses during his turn. that grass looks greener comes into play, because it allows you to set up your graveyard with block dragons, sentry soldiers of stones, fodder for triamid pulse and material for block golem which can easily fill up your board and make it a huge pain for your opponent to get around your field. don’t underestimate dancers effect, it can single handedly pull your monsters to insane attack values, whilst shuffling back milled field spells. having 2 dancers on the field at all times is an optimal situation. The xyz monsters are a toolbox, and should only be used in special situations, they should never be your go-to play. Don’t underestimate the power of fortress, the defense boost is enough to make your 2000 wall sentry soldiers into 2500 pains in the ass for your opponent to deal with.

Tl,Dr; The field spells are the heart and soul of the deck, and that grass looks greener turns this deck really explosive, for most effective results abuse the triamids effects to switch out the field spells as often as possible, and net advantage during your opponents turn. 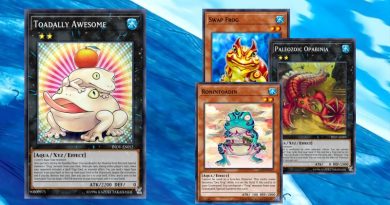 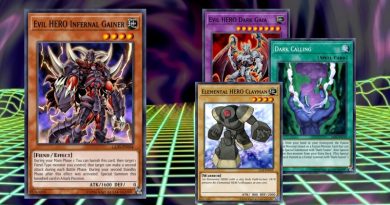 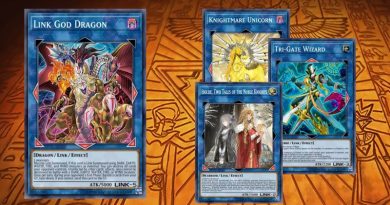 Fill up your opponents board with this crazy Ojama deck!