Game designers have to keep in mind the tolerance of their player base. Card designers run the risk of making a combo that lasts for several minutes, or ones that gain an insane amount of advantage. To prevent unintentional interactions, they need to keep in mind cards that limit the design of other cards.

A card that has semi-flexible utility has a chance to limit card design. A card that mentions a certain factor like Type, Attribute, or Level is a common example. Reinforcement of the Army is one of the earliest cards that limited design, since it acted as a toolbox for cards like D.D. Warrior Lady or Exiled Force, even if the latter cards were played at one copy. Having RoTA unrestricted would mean essentially having 3 extra copies of every single Warrior in the game.

The limited list is separate from the philosophy of card designers. If a card becomes restricted, it is like saying “this combination of cards is unacceptable,” or in some cases, “this card limits future card design.” In tandem with design-limiting cards, limits can help the player base understand the philosophy of the limited list. For example, consider the card Machine Duplication.

Machine Duplication is an example of an acceptable card design limitation. By restricting cards that abuse it, we can assume the restriction list-makers are fine with the limitations the card presents. You can still use it in Cyber Dragon or Deskbot decks.

An Exercise in Card Design

Not all cards that limit card design are viable. Snake Rain is currently nonviable unless you’re in love with Sinister Serpent or Overlay Eater. Snake Rain’s viability is directly correlated with the effects of the cards it interacts with.

If a card designer’s goal is to make a Reptile deck that can interact with Snake Rain in a healthy way, there are many pitfalls they must avoid. The card must activate in the graveyard, but should avoid soft once-per-turn restrictions. Snake Rain is initially a -2, so the effect gained must help mitigate that. An effect such as “When this card is sent to the graveyard; Special Summon 1 Reptile monster from your deck” would be too powerful. However, that same effect with a hard once-per-turn effect might be too slow.

Design that adheres to design limits while still being effective requires innovation. Perhaps an effect that would make Snake Rain useful would be like Until Noble Arms are Needed Once Again.

“(Quick Effect) You can banish this card from your GY; Special Summon 1 Reptile monster from your deck. You can only use the effect of ‘X Monster Name’ once per turn.” This would provide speed to a theoretical future Reptile deck, be useful on its own without Snake Rain, and provides defense.

Card Design in Regard to Mechanics

XYZ monsters are a difficult mechanic to design around. Rank four toolboxes were once the dominant method of board solving, which is indicative of the problem it presents designers. XYZ monsters are accessible without being drawn with loose summoning restrictions. An extreme example of this type of restrictive design is Wind-Up Carrier Zenmaity.

Zenmaity has two restrictive aspects to its design. Zenmaity gives access to any Wind-Up monster from the Deck and can be summoned using any Level three monsters. Comparing Zenmaity to Machine Duplication, you cannot justify the restriction of every level three monster engine in the game. This presents two solutions: restricting Wind-Up monsters, or restricting Zenmaity. When a card presents this many absolutes, it may be a design concern.

Link Monsters are also a concern; they are more versatile than XYZ monsters, often requiring only two differently named monsters. Similarly, cards like Thunder Dragon Colossus limited the design of every Thunder monster – like the upcoming Nemesis Corridor.

How a card game’s designers and limited list makers treat limiting card design can help form predictions. Are the combo starter cards a problem? Or is it the card that makes it broken? A fresh example is Magicians’ Souls and SPYRAL Master Plan. Magicians’ Souls may be vital to Spellcaster-centric decks, but also tremendously boosts SPYRAL. Are card designers okay with the limitation they have to consider when making future Spellcaster cards? Are the limited list-makers okay with this interaction? By observing past trends of similar cards, the player base can invest in their future decks confidently. 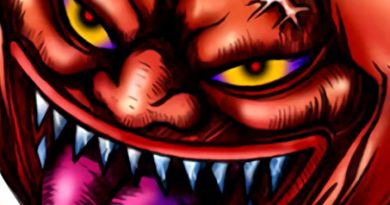 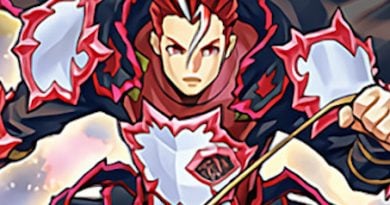 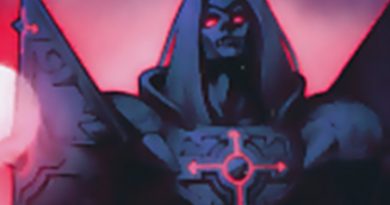