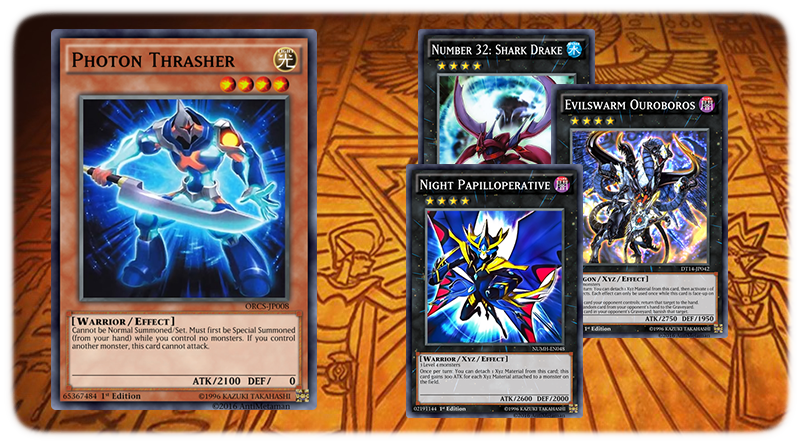 Attack of the LV 4 XYZ Structure 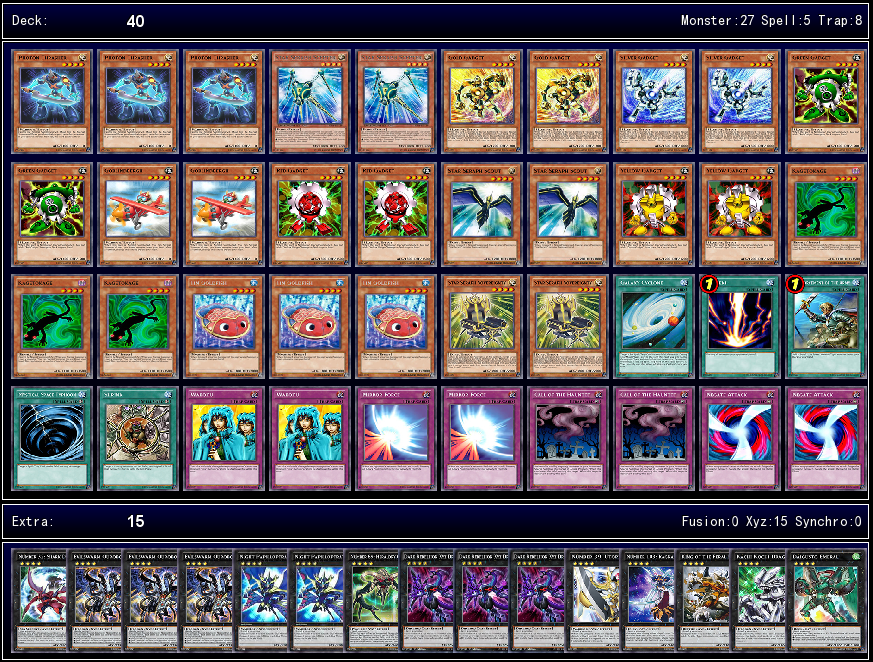 Credit to HighGrade08 for Deck and Strategy submission.
This deck is mainly focused on RAnk 4 XYZ monsters that aims to overwhelm the opponent with monsters.

You always want to Special Summon Photon Trasher as much as possible, if you could perform another LV 4 summon. It would be best if you did Special summon Photon Trasher then normal summon a Gold/Silver Gadget or Tin Goldfish or Goblindbergh to have another LV 4 nomral summon to access Rank 4 XYZ monsters that requires 3 monsters. But if you happen to have a Kagetokage with you during this. Then it’s up to you whether you would have 2 Rank 4 Xyz monsters or just one.

If you find a monster that could’nt be destroyed in battle or has a nasty effect. I would suggest summoning Evilswarm Ouroboros to use it’s effect and return a certain card on the opponent\’s field either monster, Trap Cards, Field Spells, and Continous Traps or Spells.

If there’s a monster that has extremely high ATK points than your monsters. I suggest summoning Dark Rebellion. With it’s effect you can target that monster and gain half it ATK points and it stays the same until its destroyed in battle of card effect. But at the same time you could also use Number 103: Reagnazero only if its ATK points is not the same as its original ATK points plus you get to draw a card.

Having trouble with other Xyz monster you opponent controls? Just bring out Number 69: Heraldy Crest. Not only it negates every face up Xyz monster (even your own). It also has the ability to copy the effects of 1 Xyz monster on the field.

You would notice that this deck is not very good in card recovery. So I added Daigusto Emeral and King of the Feral imps to get some of your cards from the graveyard then add it back to the deck. You would most likely have to recover your LV 4 monsters that could special summon another LV 4 monster. Or use King’s Effect to add a Kagetokage to you hand to do another combo with any LV4 monster next turn.

The Traps cards added to this deck is for noobs, yes I know. But it should buy you some time to recover in the meantime. 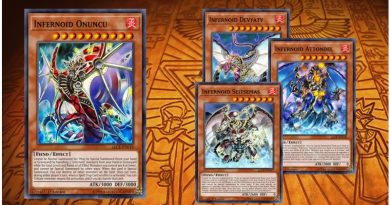 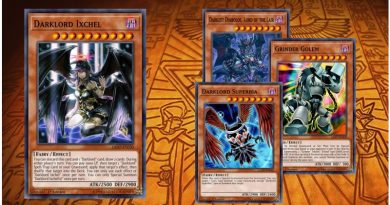 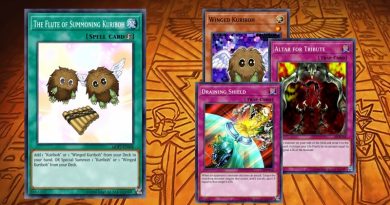 Now that enough sets have passed, I feel that it is a good time to come back to the World Legacy lore. In the past two sets from DANE (including cards that were released or announced in the OCG), we have seemed to reach the end of the adventures of Ib, Avram, and Ningirsu.

Deck of Dragons (via jhonnymelendez) V0.1

A deck revolving around the mythical powers of the mighty dragons themselves. Just for fun!